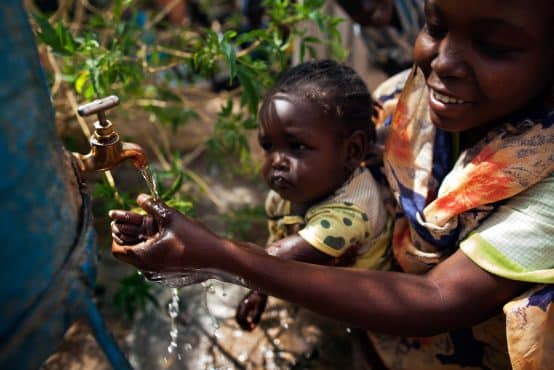 As a member of the UN system, the International Monetary Fund (IMF) has made commitments to support the Sustainable Development Goals (SDGs), including to “deepen gender inclusion” in pursuit of SDG 5. More recently, the IMF has started to explore gender and income inequality as “emerging issues” and to develop explicitly gendered policy advice. In a recent letter to an UN independent expert, the IMF even claimed to “indirectly promote human rights” by explicitly citing its work on gender equality and its Managing Director’s participation in the UN High Level Panel on Women’s Economic Empowerment as “key examples in this regard”. Some in civil society have called this shift towards a more open understanding of the social dimensions of macroeconomic policy an “IMF Spring”, calling for its protection and hoping it will lead to transformative policy outcomes. However, asking for recognition for taking a more progressive policy stance must be paired with taking responsibility and being held accountable for the ways in which the IMF may be undermining countries’ abilities to achieve women’s rights and gender equality as well.

The authors of this volume contend that the true fulfilment of women’s rights and the achievement of substantive gender equality, as well as a more equal society for all, begin with tackling structural, intersectional barriers faced by women, making macroeconomic policy a crucial arena where systemic inequalities are entrenched and therefore where truly transformative policies and programmes can uproot these disparities.

As the standard bearer and imposer of macroeconomic orthodoxy, the IMF is a key shaper of the rules of the global economic playing field, and therefore a key player in realising an enabling macroeconomic environment for women’s rights and gender equality. While the Fund’s new focus on emerging issues such as gender and income equality represents a significant shift away from its traditional narrow approach, this work is still in its infancy and has not affected the bulk of the Fund’s policy advice. Critically, its continued approach to what it considers non-gender specific policies often contradict its efforts to support SDG 5 and women’s rights generally.

Thus, in pursuing an enabling macroeconomic environment for women’s rights and gender equality, the foremost question should be how current conventional approaches to macroeconomic policy within the IMF impact women’s lives, rather than focusing on how to improve this still relatively limited field of explicit macroeconomic gender work. Now that the IMF, including its board, recognises that at least some elements of gender equality are relevant to fulfilling its mandate, comprehensive analyses must be conducted on the impacts of conventional IMF policy advice on women’s rights and gender equality and concrete recommendations made to ensure that the IMF’s growing interest in ensuring gender equality is reflected in its impacts on the ground.

While by no means comprehensive, this volume aims to examine some of the most commonly-prescribed macroeconomic policies of the IMF and their potential impacts on women’s rights and gender equality so as to contribute to civil society’s understanding of these issues.

Chapter II by Mae Buenaventura and Claire Miranda of the Asian Peoples’ Movement on Debt and Development (APMDD) explores the gender dimensions of the IMF’s key fiscal policy advice on domestic resource mobilisation in developing countries, focusing in particular on the Value Added Tax (VAT).

Chapter III by Kate Donald and Nicholas Lusiani of the Center for Economic and Social Rights (CESR) focuses on expenditure policy, the other side of the fiscal policy coin. Their contribution addresses the role of the IMF in the defining macroeconomic policy approach of our era: austerity. It assesses the cost of this policy approach to women’s rights and discusses alternative approaches.

Martha Alter Chen and Rachel Moussié of Women in Informal Employment, Globalizing and Organizing (WIEGO) contributed Chapter IV on the IMF’s approach to labour market policies and its impacts on women in the informal economy in the Global South. This chapter also examines the Fund’s recent efforts at increasing female labour force participation and details the inadequacies of this approach.

Though each tackles an individual policy area, the authors of this volume argue that it is particularly the cumulative impact of the combination of these policies that is so detrimental to women’s rights and gender equality, and mitigating and addressing each of these individual policy measures in specific ways misses the point. The volume also attempts to demonstrate that the overall global macroeconomic framework supported by policies developed and disseminated by the IMF is systematically biased against women. The volume therefore asserts that only radical, structural change will address that.

In that regard, while each individual chapter has endeavoured to suggest concrete policy alternatives and solutions relating to their policy themes, this volume closes with a set of policy recommendations to the IMF aimed at creating an enabling macroeconomic environment for women’s rights and gender equality.

Acknowledgements
I. Positioning women’s rights and gender equality in the macroeconomic policy environment
II. The gender dimensions of the IMF’s key fiscal policy advice on resource mobilisation in developing countries
III. The gendered costs of austerity: Assessing the IMF’s role in budget cuts which threaten women’s rights
IV. Turning a blind eye to women in the informal economy
V. The IMF’s role in creating an enabling macroeconomic environment for women’s rights and gender equality

This work is part of the Gender Equality and Macroeconomics (GEM) project, a collaborative effort between the Bretton Woods Project (BWP) and the Gender and Development Network, which aims to expose and challenge the way current macroeconomics policies, particularly those promoted by the International Monetary Fund and World Bank, undermine gender equality. Working with allies globally, the GEM project encourages economic decision-makers to promote alternative gender-just policies.