The IMF and the global politics of inequality, Nunn, A. and P. White

IMF “rebuked” over role in Troika and its lending to Greece, Ireland and Portugal

The IMF’s chameleon-policies on unions are changing colours 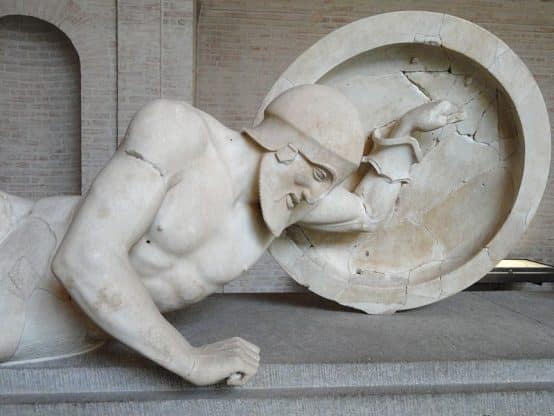 In July, the IMF executive board approved in principle a $1.8 billion Stand-By Arrangement (SBA) for Greece expiring on 31 August 2018. The approval comes after months of at times acrimonious disagreements over the sustainability of Greece’s debt with the other members of the Troika, the European Commission and the European Central Bank (see Observer Winter 2017). The Fund’s participation in the next phase of the European Stability Mechanism (ESM) €86 billion package paved the way for the disbursement of €8.5 billion by the ESM. The actual disbursement of the Fund’s resources will depend on “specific and credible assurances” from Greece’s European partners to ensure debt sustainability and on Greece’s economic programme remaining on track.

The agreed package prevented Greece from defaulting on its maturing debt in July, but required Greece to “adopt tax and pensions reforms to cut spending by 2 per cent after 2018”, when the programme ends. As reported on 8 September by the New York Times, Greece has seen protests against continued austerity measures imposed by the Troika on the country, with police officers demonstrating in the streets of Thessaloniki on 8 September. Reacting to the pension and tax reforms, Peter Bakvis of the International Trade Union Confederation (ITUC) stressed that the reforms have been required “despite a July IMF staff report noting that the most recent pension cuts voted by the Greek parliament, at the insistence of the IMF and EU creditors, will result in average pensions falling by an additional 12 per cent, but some retirees will suffer declines of up to 18 per cent”. The report also noted that thereafter pensions will be frozen until 2022. A reform of the personal income tax regime will lead to the share of wage and pension earners exempt from income tax falling from 55 to 35 per cent.

While international media focused on debt sustainability and painted the Fund in a more positive light, civil society has been concerned about the Fund’s continued calls for additional weakening of labour rights. In announcing the SBA, IMF managing director Christine Lagarde noted that “authorities should reconsider their plans to reverse cornerstone collective-bargaining reforms after the end of the programme”.

The most recent pension cuts voted by the Greek parliament, at the insistence of the IMF and EU creditors, will result in average pensions falling by an additional 12 per cent, but some retirees will suffer declines of up to 18 per cent.Peter Bakvis, ITUC

The reversal to which Lagarde refers relates to the suspension of sector-wide extensions of collective bargaining agreements in 2011, also under IMF pressure. Reacting to the deal and Lagarde’s announcement, Bakvis stressed that according to the IMF staff report, “this action along with some other labour market deregulation measures, such as a reduction in the minimum wage caused ‘an excessive reduction in real wages’” in Greece. Bakvis emphasised that “the report also acknowledges that ‘too much of the burden [of structural reforms] has fallen on labour’”. Considering the suspension of collective bargaining, he stressed that according to an ILO analysis “the de facto abolition of sector bargaining led to collective bargaining coverage falling from 70 per cent in 2007, before the crisis, to 10 per cent in 2015”.

The staff report failed to acknowledge the positive impact of collective bargaining in counter-acting low productivity and increased income inequality in Greece. The lack of consideration of the distributional and human rights impacts of the policies proposed by the Fund mirrors serious concerns raised by the UN independent expert on the effects of foreign debt who underscored that IMF labour policies result in “retrogression of work-related gender equality; weakening of workers’ protections; undermining collective labour rights; and [contribute] to an increase in inequality and insecure and informal employment” (see Observer Spring 2017).

The disparity between the Fund’s rhetoric and policies on inequality was detailed in February Huffington Post blog citing a study by economists Alex Nunn and Paul White, who noted that in 11 countries surveyed since the latest IMF guidelines became effective, little more than “very passing references” to inequality were found. The blog added that “in every case, the IMF has continued to recommend fiscal discipline, and very few of the policies that could be used for reducing inequality have even been mentioned.” The Fund’s continued antagonism to policies that support labour rights seems to contravene not only its rhetoric on inequality but also its research. The IMF’s own research noted that “labour income shares [globally] now are almost 4 percentage points lower than they were in 1970” and that, “as capital tends to be concentrated in the upper ends of the income distribution, falling labor income shares are likely to raise income inequality.”

The IMF and the global politics of inequality, Nunn, A. and P. White

IMF “rebuked” over role in Troika and its lending to Greece, Ireland and Portugal

The IMF’s chameleon-policies on unions are changing colours