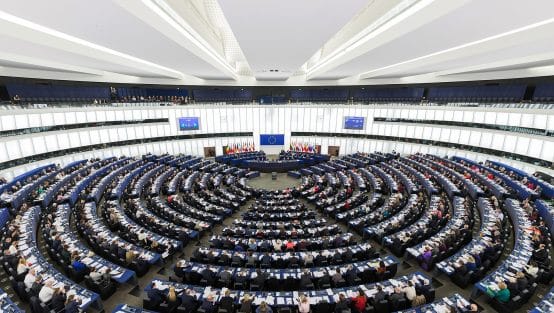 This Inside the Institutions looks at how the network has facilitated interactions between members of parliament and the World Bank and IMF.

The Parliamentary Network on the World Bank and the IMF aims to create a mechanism through which Parliamentarians worldwide can hold international financial institutions and their governments accountable for the development outcomes of initiatives financed with taxpayers’ money.

This Inside the Institutions looks at how the network has facilitated interactions between members of parliament and the Bank and Fund since it was established in 2000. It explores the role of local and regional chapters, the ‘Parliamentarians in the Field’ programme and the ‘Parliamentary Relations Team’. It also highlights the network’s limitations in ensuring parliamentary oversight of Bank-funded projects.

The Network’s primary goal is to strengthen members’ of parliament (MPs) knowledge and involvement in international development work. Examples of focus areas include job creation, aid effectiveness and private sector development. The Network views Parliamentarians as important actors in assessing aid effectiveness due to their impact on national budgets and ability to evaluate aid’s alignment with domestic development plans and priorities. For example, during a field visit to Kenya in February 2017, the network organised knowledge and information-sharing meetings between visiting Parliamentarians and the Public Account Committee, which is tasked with examining reports, accounts and workings of the country’s public investments, to address their concerns about corruption. The Committee questions programme managers on their budget and has the power to impeach civil servants for corruption.  The Network’s private sector development work explores ways to improve the environment for business and how countries can improve their ranking on the much-criticised Ease of Doing Business report (see Observer Summer 2014; Inside the Institutions 2017).

The Network is composed of over 1,000 Parliamentarians – with a current mandate – from 140 World Bank and IMF member states. It strives for greater transparency and more involvement of Parliamentarians in the development process at the country and global level. Specifically, it aims to engage lawmakers to address development issues and poverty in their home countries and abroad. Network members represent themselves and their constituents, not their countries, parliaments or governments. Currently, Jeremy Lefroy, UK MP for Stafford, is the Chair of the Network. The current board is composed of ten members from Africa, Europe, South America, North America and Asia. They are elected for a two-year term at the Parliamentary Network Annual Conference and General Meeting, where Bank and Fund staff engage in discussions with MPs on development issues. Civil society representatives are also invited.

Local and regional chapters have been set by some members to provide a platform for dialogue between Parliamentarians and international financial institutions (IFIs) at the national and regional level. Chapters have direct engagement with the Bank and the Fund, participating in consultations in World Bank Country Partnership Frameworks and Systematic Country Diagnoses, IMF Article IV consultations and operations, policies and projects. MPs can submit queries on polices and projects at any time to the World Bank and IMF, which the network states are “answered in a timely manner.” According to the Guidelines for the Creation of National Chapters, “the local Chapter must be non-partisan and consist of MPs from both the ruling and opposition parties, as well as try to promote a gender balance”.

Additionally, in 2001, the ‘Parliamentarians in the Field’ programme was created and is jointly organised by the IMF, the World Bank, and the Parliamentary Network. It facilitates access to Bank projects, as well as Bank and Fund local offices. It also offers the chance for delegates to interact with host country parliamentarians to discuss development policies, visit projects and engage with local staff. MPs also have the opportunity to meet with national Parliamentarians, NGO’s, civil society organisations and private sector representatives. More than 200 MPs have participated in this programme. Participating MPs are sponsored by their own parliaments and local costs are funded by the organisers.

According to a 2013 global study by both the Inter-Parliamentary Union (IPU, an international organisation of parliaments) and the Bank, more than 40 percent of parliaments lack the legal authority to ratify loans negotiated by governments with the Bank and the IMF. The study further revealed that almost two-thirds of parliaments report no involvement in building political will around global development operations, programmes and policies.

In November 2016, for example, it was reported that the Egyptian government had negotiated loans, including those from the Fund and Bank, without parliament approval or oversight. The Fund had granted the country a $12 billion, three-year loan, without parliamentary input. Further, a Bank loan valued at $500 million did not go through any parliamentary oversight. Mohamed al-Agaty, the director of the Arab Forum for Alternatives stated that, “it may be the case that the government has surpassed Parliament to expedite the financial procedures.” MP Haytham al-Hariry wrote on Facebook, “it seems that Egypt in fact received the first payment of the loan, while international bonds were issued without parliamentary approval.”

The Parliamentary Network contends that dialogue with the IMF seeks to explain IMF advice, discuss policy trade-offs, learn wider views and concerns, and ultimately contribute to greater transparency, ownership, and accountability of economic policy choices. In light of the Bank’s push for public-private partnerships, which can lead to the privatisation of government services and the possibility that substantial liabilities may be hidden from parliaments and citizens (see At Issue 2017), the question of parliamentary oversight has again gained prominence. As such, civil society organisations have recently raised concerns over private capital endangering sustainable development and leading to projects with little parliamentary oversight.

The Parliamentary Network stresses that engaging with MPs is of paramount importance for the World Bank Group and the IMF, noting that in donor countries, MPs approve development assistance budgets and often appropriate IDA contributions. According to the Network, “in developing countries, engaging with MPs can condition the success of World Bank projects and IMF policies by increasing local ownership and strengthening the monitoring of program implementation. In many client countries, MPs oversee sectors where the World Bank Group and IMF are active. A joint World Bank-IPU research finds that more than half of the 99 countries (59 per cent) surveyed have laws that require parliaments to ratify loan agreements before they become effective.