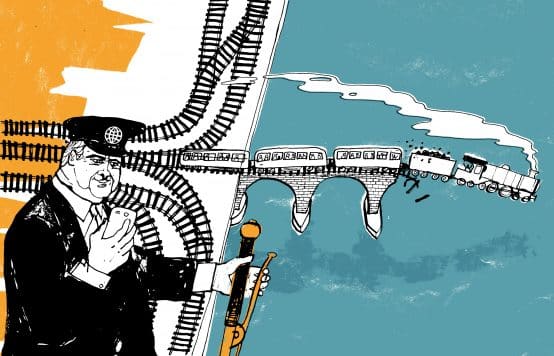 On 18 July, the World Bank’s Operations Policy and Country Services (OPCS) department released a report titled Multiphase Programmatic Approach (MPA) proposing to delegate some executive board project reviews and approvals, and therefore its oversight functions, to management. In line with the strategy set forth in the Bank’s Forward Look document, and its focus on a more agile Bank, the MPA introduces a series of important changes in Bank procedures. It proposed that the Bank follow the Inter-American Development and Asian Development Banks in allowing management to “request Board approval … for [an] entire Program” consisting of multiple phases each containing diverse projects. This implies a significant change as the board is currently required to review and approve each individual project.

Lack of consultation and public scrutiny

Having been made aware at the last minute of an executive board meeting scheduled for 11 July to approve the proposal, CSOs were highly critical of the lack of consultation. On 5 July, 29 CSOs, including the South African Centre for Applied Legal Studies and Brazilian Conectas Direitos Humanos, submitted a letter to the board outlining serious concerns with the MPA and underscoring that, “given the implications for oversight and accountability, it is imperative that the parameters of this proposal are subject to public scrutiny before going forward”. The letter stressed that “the board provides an important oversight function of projects and the Board approval date is a key moment in the lifecycle of the project”. The absence of board approval for individual projects in subsequent phases would therefore deprive CSOs, affected communities and other stakeholders of an important avenue to bring concerns to the board and to challenge management on its assessment of project risks, adverse consequences and projected development outcomes. The letter further noted civil society surprise “to see a reduction in Board oversight at a moment when the Bank has not yet tested the adaptive risk management approach under the new Environmental and Social Framework (ESF), and is just rolling out its cascade approach” (see Observer Summer 2017).

The letter also noted that, while they understood that category A (high risk) projects would still require board approval under the proposed system, it argued that Category B projects should also go to the Board, as should Financial Intermediary (FI) projects with any Category A or B subprojects. This recommendation drew on the experiences of the Inspection Panel (IPN, the Bank’s independent complaint mechanism) with B-rated projects, as well as the revelations contained in the Independent Evaluation Group (IEG) 2010 report on safeguards about the misclassification of projects and continued documented negative impacts of investments in FIs (see Observer Spring 2016). Regarding changes to the Bank’s project classification system, the letter recommended that when the new ESF goes into effect, both high and substantial risk projects and FI projects with high and substantial risk subprojects should go to the Board.

[the] instrument is characterized by unprecedented flexibility and delegation of approval authorityJolie Schwarz, Bank Information Center

Adaptive learning or diminished due diligence

Management justified the proposed changes in terms of efficiency, and its benefits in supporting the Bank’s cascade approach. Civil society argued in a July 2016 letter signed by 14 CSOs on the Bank’s new ESF, that much of the impetus for the proposed “increase in agility” and consequent weakening of the Bank’s due diligence lies in the Bank’s perceived loss of leverage with its clients. This results from the Bank’s competition with its new ‘sister’ organisations such as the Asian Infrastructure Investment Bank (AIIB) and the New Development Bank as well as increasing availability of other sources of financing (see Observer Summer 2017). Civil society’s assessment was shared by 28 UN human rights experts, who in December 2014 noted that the Bank’s new ESF reflects a “race to the bottom” (see Observer Autumn 2016, Winter 2015). The pressure on the Bank to retain its relevance and react to borrower demands in a more competitive environment is also reflected in its push for the use of borrower systems and increasing reliance on ‘leveraging private sector investment’ through public-private partnerships (PPPs) and investments in financial intermediaries. These take place despite the documented problems with these approaches as outlined in Eurodad’s critical analysis of PPPs and US NGO Inclusive Development International’s ‘Outsourcing Development’ reports detailing the harmful social and environmental impacts of FI investments. The trend is further evidenced by the Bank’s unwillingness to include Development Policy Loans, approximately 40 per cent of its portfolio, in its new ESF. Throughout the much-curtailed discussions with the Bank, CSOs have questioned the time savings and efficiency gains claimed by the proposal and have seen a shift in the proposal’s rationale to a focus on adaptive learning and “empowering management and staff.” Commenting on the Bank’s focus on adaptive learning, Nadia Daar of NGO Oxfam International said “An adaptive approach is only as good as its feedback loop, so we want to see the Bank investing more in learning and community engagement, meanwhile guaranteeing no loss of transparency and accountability through its changes”.

As a result of the 5 July letter, the Bank agreed to postpone the executive board discussion and several CSOs were invited to a meeting with the incoming and outgoing vice-president of the Bank’s OPCS department to discuss the MPA. Responding to the outcomes of the meeting, on 12 July, a number of CSOs sent the two vice-presidents an additional letter detailing their continued concerns. According to Jolie Schwarz from US NGO, Bank Information Center, the letter “was aimed at ensuring there are still checks and balances for this new instrument that is characterized by unprecedented flexibility and delegation of approval authority.” Specifically, the letter demanded that subsequent phases of an MPA that do not require board approval have a defined and publicly disclosed management approval date, and that the IPN maintains jurisdiction over full MPA programmes rather than only individual phases. The final version of the MPA proposal was approved by the Board on 18 July. While the final MPA document addressed some CSO concerns, civil society awaits the opportunity to input into the procedures that will guide its implementation. They hope that the consultation process on the procedures will be significantly improved and that the MPA will not result in diminished due diligence.