World Bank, energy and climate change: Something old, something new? 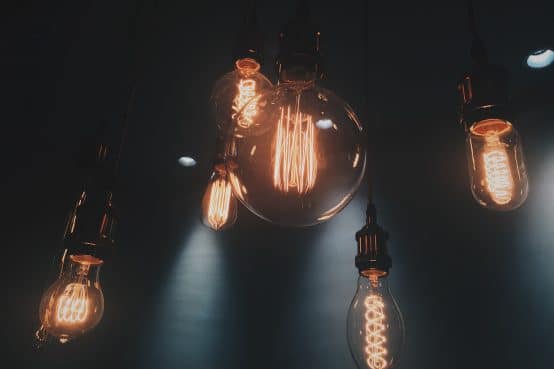 The World Bank’s reporting shows that if the current rate of progress persists, the SEforAll and WBG Energy 2030 objectives will not be met. This session takes a closer look at the WBG’s approach to determine if more could be done by the WBG to improve progress towards these goals.

Organized by: The Swedish Society for Nature Conservation with Oxfam, Sierra Club and Bank Information Center

The Bank’s Energy Directions (ED) Paper states its energy practice will contribute to the achievement of the three 2030 goals under the UN Sustainable Energy for All initiative (SEforAll):

But, according to the Bank’s own data, SE4All targets are not being met, across the board. There is not enough annual funding for energy access, increase in electricity connections, or increase in renewables.

There is no Bank guidance in the ED paper on prioritising energy access, phasing out fossil fuel finance, or enabling policy:

Recommendations: the Bank needs to adopt targets aimed at accelerating progress on SEforAll:

We’re part of an effort to look at how MDBs can support Bangladesh’s Nationally Determined Contribution (NDC). Oxfam is hosting a stakeholder roundtable later this year that we would invite the World Bank to attend.

Bangladesh has set quite ambitious goals on energy access (EA), setting a goal of universal access by 2021. Clean energy goals include:

What is the World Bank’s role? WBG looking to scale up RE and sustainable investment

Mixed story so far in Bangladesh:

Most of proposed projects in the policy are harmful – they are conventional projects that do not address the issue of EA, as they connect do grid rather than connecting to those who do not currently have access.

The plan largely overlooks RE, and includes unrealistic costs on solar that are much higher than the current market rate.

The plan was not based on any real consultation. The masses of people support the shift to renewables. It was prepared by a Japanese consultant under a grant from Japan.

Political will? Masses approve of the shift to renewables, but politicians want big projects so that they can siphon money off.

WBG and other MDBs have committed to provide access to 1.1 billion people by 2030. A Sierra Club report in October 2014 found four MDBs, including WBG, were failing to make progress on this goal quickly enough. A recently updated scorecard of the 2014 report again gives all four Banks a grade of F.

The ranking is based on the International Energy Agency’s Energy for All Case, which suggests that in order to achieve universal energy access by 2030, new investments will need to be balanced between grid extension, mini-grids and off-grid energy (36 percent, 40 percent and 24 percent, respectively). No Bank came close to achieving this mix; in the case of the World Bank, across FY12 and FY14 its energy spend was just 2% off-grid and mini-grid renewables, and 8.2% on other access funding – with the remainder of its energy portfolio being dedicated to non-access spending.

The World Bank did double its energy access portfolio from FY2012-2014, but overall its share of off-grid renewables fell. While its overall access lending increased, due to growth in the size of the energy portfolio, it is not in line of IEA Energy for All Case.

Recommendations for get SEforAll target back on track:

Access to electricity – global overview: 1 billion people without access, including 62.5% in Sub-Saharan Africa; and 20% in South Asia; 20 countries within these regions account for 80% of global access deficit. Rate of increasing access to electricity falls way short of the pace to meet 2030 SEforAll objective. SD9 includes reliable energy for all; this includes not only those without access, but those that are underserved. This is also an important dimension of the EA challenge in Sub-Saharan Africa.

Energy production remains dominated by fossil fuels (66% of global energy production; 80% in Africa). EA – how to do it? We need both grid and off-grid investment as part of the mix.

Philippines CSO: What about the IFC’s role in funding new coal plants, through FIs, as part of the country’s sector plan?

Malcolm: Bank is only one of the parties, governments will decide what they want to do, with or without the Bank’s advice.

Malcolm: De-risking of renewables – a very important point. Both on the side of off-grid and otherwise, and this is something we are working on. Coordination of donors – can’t speak to AfDB programme, but at regional and country level, we have donor coordination on EA and other issues.

Malcolm: It’s not my decision, but I would think so – there is no reason why we would not want to do that.

Muhammad Tanzimuddin Khan: electrification is not enough; inequalities have to be taken into account. There are already areas that have access, where the poor are bypassed.

Malcolm: I agree, we could dump a bunch of solar lanterns out there (in rural areas with no electrification) and everyone would have Tier 1 access, but that’s not enough to support productive use.

Susan Ulbaek: SE4All goals are in the Bank’s energy action plan. Clearly we have more work to do in this area. In terms of emissions reporting, we need to decide how big an effort that will be. However, if you look at the new energy generation IDA is funding, 85% of it is going to renewables.

World Bank, energy and climate change: Something old, something new?