Doing Business ranking at odds with how business is done in the developing world: how the World Bank’s flagship publication influences policy-makers

Neoliberalism for all: The World Bank’s Doing Business 2017

The World Bank’s simplistic claims on business regulations and inequality

Towards decent, green jobs for all 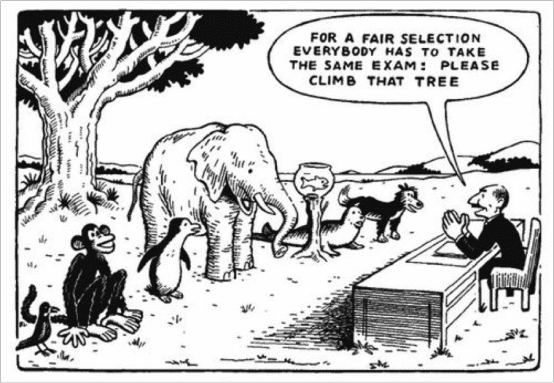 No Animal Left Behind. credit unkown

In October, the World Bank published its 15th Doing Business Report (DBR), Reforming to Create Jobs, noting that 119 economies had carried out 264 business reforms in the past year to “create jobs, attract investment and become more competitive”. The Bank stated in a press release that the DBR provides “objective measures of business regulations and their enforcement across 190 economies”, whilst encouraging economies to “compete towards more efficient regulation” (see Observer Summer 2017). It continued that “3,188 business reforms have been carried out since it began monitoring”.

From its inception, civil society organisations (CSOs) have been critical of this influential publication for promoting one-size-fits-all solutions to development. CSOs argue that the Bank and IMF use the DBR to promote deregulation and neoliberal reforms, based on the unfounded claim that more ‘business friendly’ regulations play a key role in lowering income inequality, while not taking into account the social or economic benefits of regulation and costs of de-regulation.

Simeon Djankov, the creator of the Doing Business series, said in an October press release that, “Reforming in the areas measured by Doing Business can be particularly beneficial to employment creation when those reforms take place in the areas of starting a business and labor market regulation.” Considering that claim, Matti Kohonen from Christian Aid UK stressed that, “This micro-level view is often at odds with a macro-level perspective, where something that may be beneficial at an individual firm owner level (e.g., lesser labour regulation), may hurt macroeconomic objectives – such as greater labour productivity through upskilling of committed employees”. He added that, “Recent macroeconomic perspectives on women’s labour market participation, and tackling inequality may be at odds with the entire DBR.”

giving better scores to low-tax venues is in clear contradiction with the World Bank’s stated objective of giving governments the means to provide essential public services, especially to the poor, and reducing inequalityPeter Bakvis, ITUC

Civil society further criticised the DBR’s ranking of nations as based on narrow business interests over those of citizens and countries (see Observer Autumn 2013, Update 86, 85). For example, according to the International Trade Union Confederation (ITUC), eight out of the DBR 2017’s “top 10 improvers” had poor or worsening performance on workers’ rights. According to UK-based charity CAFOD’s 2013 research, the DBR failed to match the priorities needed for small private sector enterprises to grow. These include ensuring adequate funding for small enterprise support programmes and public services, as well as recognising informal workers’ organisations and collective bargaining processes. In November Peter Bakvis of ITUC commented on Inequality.org that, “giving better scores to low-tax venues is in clear contradiction with the World Bank’s stated objective of giving governments the means to provide essential public services, especially to the poor, and reducing inequality”. Despite a series of methodological changes in 2015 after extensive criticism of the report from the Bank’s own Independent Evaluation Group (IEG) in 2013 (see Observer Summer 2017, Update 86), these civil society critiques still stand.

Belgium-based network Eurodad noted in 2015 that while “there is little connection between the report’s findings and reality on the ground, it nevertheless has a notable impact on policy-making”, informing reform programmes in many developing countries. Worldwide governments take note of their DBR ranking. For example, in November, the Ukraine Business Journal pondered How Can Ukraine Rise on the World Bank’s Ease of Doing Business Index? and The Times of India reported that “investor sentiment got a boost from World Bank’s Ease of Doing Business report where India jumped 30 places on back of recent reforms”. The Economic Times noted that “India is gearing up to leapfrog into the top 50 with around 90 specific reforms lined up for various ministries, top officials said”. These reforms, for instance, include a decrease in the number of processes needed to register a business, but also regressive tax reforms such as the Goods and Services Tax (GST) that, as outlined by Indian economist Jayati Gosh, will increase the tax burden on low-income households and, as stressed by Dehli-based lawyer Tara Narula, impact women disproportionately.

Considering the DBR’s benefits, Djankov noted that “in addition to good policy, once you start ranking countries and comparing them, natural competition like a ‘World Cup’ or the ‘Olympics’ comes about”. However, countries are not firms that compete on an open market place. States have human rights duties towards their citizens, and fulfill a public mandate by the electorate rather than price competition pressures in markets. As stressed by UN Independent Expert, Alfred De Zayas, the Bank and the Fund should “finally let go of the outdated conditions of privatisation, deregulation of markets, and ‘austerity’ in social services, which have not given states adequate policy space to fulfil their human rights obligations” (see Observer Autumn 2017).

DBR and inequality: correlation without causation?

In line with the Bank’s twin goals of eliminating extreme poverty and boosting shared prosperity, and justifying its relevance, the DBR noted that, “Economies with poor quality business regulation have higher levels of income inequality on average.” However, cautioning against the Bank’s jump from correlation to causation, Bakvis noted that the 20 top DBR countries are almost all advanced economies with low Gini coefficients, while the bottom 20 countries, including Afghanistan, Venezuela, Somalia and Yemen, are in severe civil or political conflict. Bakvis concluded “it seems ludicrous for the Bank to imply that the only thing these conflict countries have to do to achieve more equal income distribution is to deregulate business.” While it may be true, as the report claims, that “economies with better business regulation have lower levels of poverty, on average”, the fact that China and Vietnam’s significant progress on poverty reduction was accomplished without DBR promoted policies (see Observer Winter 2017-2018) brings into question the report’s implicit link between deregulation and decreased poverty.

Last year’s DBR introduced a gender component to three indicators, namely starting a business, registering property and enforcing contracts. In responce, the Oakland Institute argued, a “gender equity [component] doesn’t make the policies promoted by the Bank more equitable. The report’s country scorecards show that the Bank gives better Doing Business scores to nations that favor corporate profits over citizens and countries’ interests.” For example, while India has improved significantly in the DBR rankings, according to 2017 research by Lucas Chancel and Thomas Piketty, income inequality in India is at its highest since 1922. Shipra Dawar, founder of ePsyclinic, an online mental health clinic, commented to Forbes that, “While it is great that India has improved its ranking in doing business, and young entrepreneurs will benefit from it, we are overlooking the importance of gender equality. It’s not possible for India to become a global economic power if half of its population is ignored, and not given more economic opportunities”. Dawar’s comments are supported by data from the World Economic Forum (WEF), which showed that India fell 21 places to 108 in the 2017 Global Gender Gap Report index, even as its DBR ranking improved.

Given the persistent flaws of the DBR and the Bank’s supposed focus on sustainable and equitable growth, it should heed civil society’s calls, echoed by the IEG’s report, to cease country rankings and to ensure that indicators used are robustly linked to poverty eradication and inclusive growth objectives.

Doing Business ranking at odds with how business is done in the developing world: how the World Bank’s flagship publication influences policy-makers

Neoliberalism for all: The World Bank’s Doing Business 2017

The World Bank’s simplistic claims on business regulations and inequality

Towards decent, green jobs for all