A time to repair the roof

Architecting Your Life: A Response to Ivanka Trump 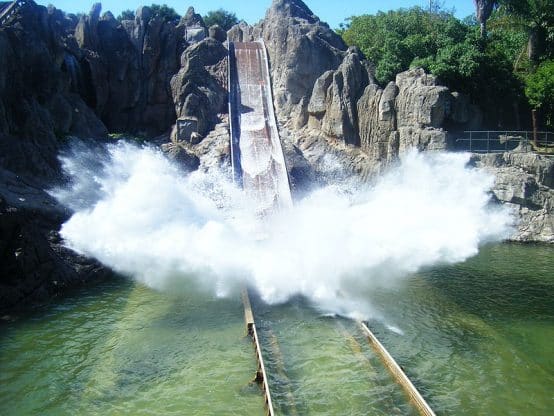 Every year the Bretton Woods Project highlights some of the most farcical remarks of Fund and World Bank staff.

Every year, the Bretton Woods Project highlights some of the most farcical remarks of IMF and World Bank staff.

This year saw the ignominious birth of possibly the world’s most ephemeral yet brilliantly, if subconsciously, named development concept, the Cascade (see Observer Summer 2017). We haven’t seen a water-based metaphor this exciting since trickle-down economics. As the name implies, the Cascade promised the world’s poor a thrilling, if hazardous, ride on the watery roller coaster of private-sector led development goodness. Business leaders watching the Cascade’s magical ability to quickly and artistically erode their business risks and raise their profit margins in an uncertain, growth-constrained world will no doubt enjoy the Cascade’s majestic beauty, power and just plain profit-making fun. Alas, the policy that sounds like a compulsory and costly public-private partnership water theme-park ride that has made waves throughout the year was renamed, much to the chagrin of our illustrator, to the adequately boring and innocuous-sounding ‘Maximising Finance for Development’.

In keeping with the Bank’s focus on hydropower, World Bank president Jim Kim capitalised on Chinese president Xi Jinping’s use of an ocean metaphor, which noted that “we must have the courage to keep swimming in the global market,” in Davos in January, to fabricate his own more expansive watery metaphor. Responding to a question about the potential contradictions between capitalism and the Bank’s core mission at this year’s annual meetings town hall with civil society (apparently no one vets the pesky members of Kim’s former tribe of revolutionaries prior to the event), Kim dismissively noted that “the global system is the ocean that none of us can escape from”. Could the ocean metaphor be a cleverly veiled reference to the saline tears of the exploited proletariat, as Kim pondered the lessons resulting from “having read up one side of Marx and down the other”? Given the Bank’s focus on leveraging billions to trillions through private sector investment, a la the Cascade, one could not but escape the mental image of Bank technocrats and their private sector ‘cruise companions’ happily enjoying the ride in the smooth seas of capitalism while those less fortunate swim furiously to stay afloat. Perhaps Kim’s efforts to curry favour with Ivanka Trump through the establishment of We-Fi (see Observer Autumn 2017) was meant as a virtual ‘swimming lesson’ to those who have not bothered to teach themselves to swim.

As we would be remiss to ignore the Fund’s managing director, Christine Lagarde, we took note of her transition from master chef (see Observer Bankspeak 2016) to master builder. Perhaps channelling Ivanka’s efforts at “architecting the life she wants to live”, Lagarde made repeated calls to “repair the roof” when the sun is shining, during good economic times. These building references seem to ingeniously reflect a focus on the sustainability of the IMF’s existence, as IMF austerity policies and conditionality often prevent countries from building resilient roofs. The Fund subsequently comes to the rescue to direct their shoddy reconstruction once damaged. Pondering her institution’s contribution to architecting a brave new world, Lagarde mused during an enigmatic speech about Fintech (evidently the long-awaited answer to our global problems – look mum, no more rainy days), “For many, this new world of central banking is less Mary Poppins, and more Aldous Huxley: a Brave New World, much like the one described in Huxley’s famous novel … I prefer Shakespeare’s evocation of the brave new world in The Tempest: ‘O wonder! How many goodly creatures are there here! How beauteous mankind is! O brave new world.’”

A time to repair the roof

Architecting Your Life: A Response to Ivanka Trump