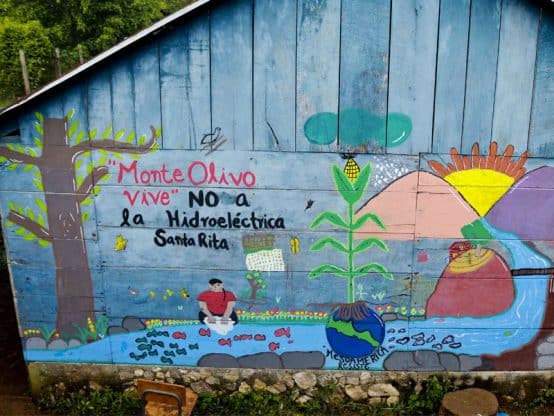 In late October, the Compliance Advisor Ombudsman (CAO), the accountability mechanism of the International Financial Corporation (IFC), the World Bank’s private sector arm, released a highly critical audit of the IFC’s investment in Guatemala’s Santa Rita hydroelectric dam project. The plant is managed by a local development company, Hidroeléctrica Santa Rita (HSR). HSR was partly owned by Latin Renewables Infrastructure Fund (LRIF), a financial intermediary (FI), in which the IFC made an equity investment in 2012. The IFC stressed in its reaction to the audit that LRIF discontinued its involvement in the project.

The CAO audit was prompted by a complaint filed in October 2014 by Colectivo Madre Selva and the Consejo de Pueblos de Tezulutlan on behalf of several communities downstream and upstream of the Santa Rita project. The complaint alleged that “the project did not meet IFC’s consultation requirements for free, prior, and informed consent… [and] has not considered its potential for adverse impacts on local water sources.” The communities also claimed they “fear that the project will compromise their ability to generate income and to sustain their livelihoods … [and asserted] that their opposition to the project has been met with violence, repression, and criminalization of community leaders.”

The CAO’s audit noted that the IFC’s review of the Environmental and Social Due Diligence (ESDD) of its client in 2012 failed to identify “(a) gaps in the environmental assessment information presented, including that it related to an earlier – and significantly smaller – version of the project; (b) the lack of a social impact assessment; (c) inadequate analysis of the project’s expected impacts on biodiversity, land use, drinking water, livelihoods, and cultural heritage; and (d) the lack of an assessment of whether the dam met World Bank design and safety standards.”

The project has been the site of determined local opposition since 2010. The CAO reported that in July 2013 a road block, which is still in place, was established by community members at the nearby village of Monte Olivo. Consequently, construction at the project was suspended, and LRIF has advised the CAO that it no longer plans to develop the project. Documenting community struggle against the project, an October Mary Knoll Office for Global Concerns newsletter reported that 160 indigenous families were displaced in 2014 by more than a thousand police officers. Local communities called for a UN investigation of the project in October 2014. Considering the community protests, the audit underscored that the “IFC did not sufficiently engage with the Fund [LRIF] to address the rising tensions, violent incidents, and serious allegations of E&S [environmental and social] impacts” and that “the prevalence of community opposition was sufficient for IFC to require a re-evaluation of the applicability of its Indigenous Peoples standards to the project.”

The audit found that while the IFC correctly categorised the project as high-risk, its “pre-investment review was not commensurate to risk” and the “IFC did not have an adequate understanding [of] the contextual risks associated with its investment”. It further stressed that the IFC “gave insufficient consideration to the challenges that the Fund [LRIF] would face in implementing IFC’s recently updated Indigenous Peoples requirements.” According to a 2015 report The Suffering of Others by several NGOs, including Oxfam International, the IFC claimed as late as October 2014 that “there were ‘no high-risk projects’ funded by their client”. The report argued this initial “assessment entirely ignored or downplayed the fact that the project was situated in an indigenous area”. The report further alleged that only after public exposure of the project did the IFC’s website disclose the project as high risk. The IFC’s initial risk assessment seems at odds with the Bank’s appalling track record in Guatemala, where several hundred indigenous people were massacred during the construction of the Chixoy dam in the 1980s. Additionally, severe conflicts had already occurred at a similar project, Cambalam, where a state of emergency was declared in the same year as LRIF’s investment in Santa Rita (see Observer Spring 2014, Bulletin February 2014).

Kate Geary of NGO BIC Europe commented, “In the face of these damning findings, the IFC’s noncommittal response is highly disappointing. Lending through intermediaries is a highly risky business and demands that the IFC assesses and manages the risks to people and the environment posed by sub-projects all the more seriously.” Additionally, Geary noted that, “Unfortunately, IFC’s dismissive attitude to this audit is part of an ongoing trend. The IFC must take seriously the lessons learned in this case – otherwise how will adequate reforms be put in place to avoid such problems happening all over again to other communities?”

The audit adds to previous concerns raised by the CAO about the IFC’s FI investments in its 2013 FI audit and March compliance report (see Observer Spring 2017). It also comes in the context of an increasing number of cases unearthed by civil society, including the IFC’s support for coal in contravention of the World Bank’s policies, their role in land-grabbing across Africa (see Observer Winter 2017-2018, Summer 2017, Winter 2017) and the World Bank’s push for hydropower beyond Santa Rita (see Observer Spring 2016, Bulletin February 2014). The IFC’s new ‘de-risking’ approach to ‘leveraging’ private sector investment (see Observer Autumn 2017) as outlined in IFC CEO Philippe Le Houérou’s October “letter” leaves little hope that the experience of the Santa Rita community will not be duplicated elsewhere.