The Scandal of Inequality 2 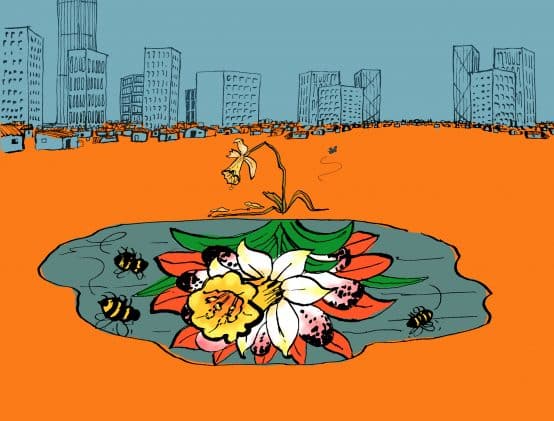 The word of the week throughout the 2017 IMF and World Bank annual meetings (see BWP Dispatch) in the IMF was undoubtedly ‘inequality’. From the IMF’s managing director, Christine Lagarde, proclaiming to much surprise that rather than taxing the rich, “the most efficient way to reduce inequalities would be to close the gender gap”, to the Fund’s flagship 2017 Fiscal Monitor being titled Tackling Inequality. Perhaps this increased focus since 2013 finally elevated the ‘defining issue of our time’ to the firmament of ‘core’ IMF work, ensuring its survival within the Fund beyond that of a temporary fad and in part answering the call of civil society to protect the victories of the ‘IMF Spring’ (see Observer Summer 2017).

Responding to this significant shift in IMF rhetoric, civil society organisations (CSOs) were out in full force throughout the week, armed with new in-depth research and the voices of those directly impacted by the ways in which IMF policy advice still fuels inequality in practice, calling on the IMF to walk the talk on inequality.

The Fight Inequality Alliance, a broad CSO coalition, produced a statement by 133 CSOs and organised a public demonstration at the annual meetings. It declared that, “We are united in believing that the World Bank and IMF are too often fuelling inequality”, and that while these institutions have recently acknowledged the inequality crisis, “for 40 years they have been among those responsible for creating and maintaining it”.

Compared to others like the World Bank, the IMF looks better with regard to inequality, but only because everyone is doing very badly.Matthew Martin, Development Finance International

Another statement prepared by Global Unions, a collective of international trade unions, noted that “action in … policy advice has been slow to catch up to the … research and discourse on the need to reduce inequality”. Rejecting the IMF’s claims to the contrary, it added that “many IMF programmes or policy recommendations continue to support measures that weaken minimum wages, employment protection regulations or collective bargaining institutions … despite the role that coordinated collective bargaining systems have played in achieving more equal income distribution”.

A 2017 report by New Rules for Global Finance, Friedrich-Ebert Stiftung and Development Finance International (DFI), Are the Multilateral Organizations Fighting Inequality?, took stock of whether international institutions are “being successful in helping governments fight inequality”. While presenting the report, Matthew Martin of DFI explained that “compared to others like the World Bank, the IMF looks better with regard to inequality, but only because everyone is doing very badly”.

A Christian Aid March report examined how in Latin America and the Caribbean, intersecting inequalities such as those based on identity, gender, economic situation, climate change impact or geographic location are exacerbated by regressive fiscal policies. During a presentation of the report at the annual meetings, speakers concluded that the policies and the practices of the IMF and World Bank do not adequately address this intersectionality. In turn, Bretton Woods Project’s Compendium of Feminist Macroeconomic Critiques outlined the ways in which commonly-prescribed IMF policies continue to undermine women’s rights and gender equality, despite the Fund’s shift in rhetoric.

Perhaps anticipating these critiques, the IMF has explicitly and repeatedly indicated over the last year that it is committed to operationalising its inequality research. In the words of Lagarde, the IMF is committed to “Not just words [but], action”, which it will pursue primarily through piloting inequality analyses in surveillance reports, the annual country documents the IMF produces on the state of the macro-economy of its members.

Oxfam analysed these claims in an October report, examining 15 surveillance inequality pilots, and found “no assessment of the distributional impacts of the core macro-economic targets and policy advice” and that “none of the pilots fully explored alternatives to rapid fiscal and monetary tightening”. It concluded that by focusing on compensating losers rather than questioning the structural reforms themselves, the IMF is “not promoting policies that reduce inequality”. Another Oxfam report examining surveillance reports for five countries found a gap between the IMF’s commitment to leveraging fiscal policy to fight inequality and its actual tax advice to developing countries, concluding the IMF had contributed little to tax-progressivity in these countries.

An ActionAid International study, meanwhile, reviewed 124 surveillance reports from 2016, demonstrating that the Fund now recommends action to increase female labour force participation in more than one in five countries, as echoed by a similar surveillance analysis by the Centre for Global Development. However, close to 80 per cent of those countries were also told by the IMF to “start, increase or not deviate from plans on fiscal consolidation” in the same surveillance reports, underscoring that IMF policy advice continues to ignore the contradiction that fiscal space is needed to address gender inequality.

Common threads of these reviews included the finding that the Fund’s approach to inequality is unsystematic, as well as contradictory to other IMF policy advice. Most reviews also found little evidence of consultation with relevant national civil society groups, and warned this work will not be sustainable if not further institutionalised within the Fund, as echoed by Chapter V in BWP’s Compendium. As the Fund is expected to develop its first ‘official’ lessons-learned of the inequality pilots in its current interim surveillance review, to be completed in 2018, civil society is eagerly awaiting to see whether any of its analyses will be taken into account.

More broadly, the Fund’s defence of its inequality work and civil society’s critiques remain disconnected. The Fund’s narrative seems to be that the institution just needs time to operationalise its new research findings but that it generally agrees with civil society and is heading in the right direction. Yet, the more nuanced critique common to almost all civil society analyses is that there are major conflicts between meaningfully tackling inequality and the bulk of the IMF’s conventional policy advice, which the IMF fails to recognise. This contradiction was exemplified by the comments of the IMF Fiscal Affairs Department’s Marialuz Morena Badia, who, while repeatedly stressing the IMF cares about gender equality and acknowledging fiscal space is needed to achieve it, when asked about the harmful impacts of the Fund’s austerity policies, still responded: “in terms of austerity … you cannot defy gravity”. Lovisa Möller of ActionAid responded, “When austerity means that the state fails to provide, societies are able stay afloat because they shift the costs to women. The IMF’s closed-mindedness towards recognising and redressing the gendered impacts of their core policy prescriptions, especially austerity, demonstrates it still has a very long way to go on inequality.”

The Scandal of Inequality 2