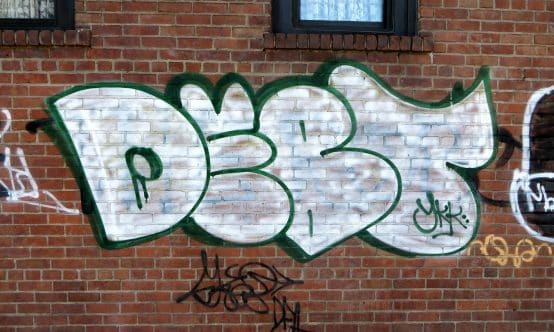 Under the joint Debt Sustainability Framework (DSF) of the World Bank and IMF (Bretton Woods Institutions or BWIs), regular assessments of the risk of external debt distress are conducted for all countries that are eligible to borrow from either institutions’ concessional lending funds (the International Development Association and Poverty Reduction and Growth Trust, respectively). The DSF directly impacts the scale of lending by the World Bank and other multilateral development banks, and influences lending decisions by governments and the private sector.

The development of the DSF in 2005 brought in a welcome systematic monitoring of countries’ debt situations, placing debt at the centre of the BWIs’ economic analyses and lending operations. Its forward-looking approach reflected the importance of preventative action to mitigate debt crises. But since its introduction, civil society has pointed to substantive problems with its approach, particularly its disconnect from debt relief, and its conception of sustainability in terms of how repayable debt is, rather than the impact debt levels have on a country’s ability to safeguard the rights of its citizens (see Update 40).

The latest DSF review, to which over 30 CSOs made a joint submission in June 2016 (see Observer Summer 2016), was completed in October. The review adopted some of the submission’s recommendations and introduced a number of key features to improve the rigour of the IMF’s technical assessments, including analysis of some of the liabilities arising from public-private partnerships (PPPs) – instruments attractive to governments as they can enable debts to be hidden (see Observer Spring 2017). Risks of government liabilities arising from private external debt were also given greater importance, but focus was limited to the financial sector. Closer attention will also be given to specific risks arising from natural disasters and commodity price shocks.

By the IMF and World Bank’s own admission in the review, the revised DSF would still have missed 1-in-5 past crisesMark Perera, Eurodad and Tim Jones, Jubilee Debt Campaign

Another positive development following the review was the move away from exclusive reliance on World Bank Country Policy and Institutional Assessments (CPIAs) (see Update 43) when gauging how much debt a country can carry. The new DSF adds a new ‘composite country indicator’ with historical and projected data, including on domestic and world growth as well as levels of international reserves. This reflected the questionable relevance of CPIA scores, which effectively measure levels of market liberalisation, to assess debt crisis risks. The new DSF also shifted from a narrow focus on overall debt figures to consider the impact of public investment on growth, acknowledging the potentially productive nature of debt financing, aiming to make the IMF’s growth projections more realistic and therefore improve debt servicing projections.

Despite the steps forward, the BWIs have largely ignored civil society concerns raised in the submission about the basic DSF process, including UN and CSO calls for assessments to be carried out by an independent body, rather than by international financial institutions who are themselves major lenders. Discretionary judgement remains a key component of the framework and a September 2017 research paper by Lang and Presbitero demonstrated links between improved DSF ratings and political support from the main international financial institution (IFI) shareholders. The review fails to acknowledge these civil society concerns directly, but does note that staff judgement has sometimes led to over-optimistic DSF ratings: specific reference is made to Mozambique between 2009 and 2014, a country now in major debt crisis, where staff continually downgraded the country to low risk, despite data pointing to medium risk (see Observer Spring 2017).

No consideration is given in the review to the impact of a country’s debt burden on its ability to meet its human rights obligations and development goals. Scope remains for the IMF to improve this when implementing the current reforms, for example by basing country growth and debt servicing projections on ring-fenced social spending to meet minimum floors, as recommended by the International Labor Organization (ILO). Nor have steps been taken to incentivise the better use of loans by recognising that where good transparency and accountability practices exist, debts are likely to be better spent, and so governments have more space to borrow for useful investments.

The opportunity has also been missed to establish a link between the DSF and a country’s option to seek debt relief. This would ideally rely on a pre-defined risk definition triggering a stay on payments and obliging a country to enter discussions with all its creditors, supported by an independent debt workout institution.

The technical changes introduced in the current review are largely a step forward, but by the IMF and World Bank’s own admission in the review, the revised DSF would still have missed one-in-five past crises. Debt levels are rising globally: three more countries have gone into DSF-defined debt distress in 2017 alone (Chad, Gambia and South Sudan, joining Grenada, Mozambique, Sudan and Zimbabwe), and just 11 of 67 countries are currently deemed by the DSF to be low risk – the lowest number since assessments began. With the storm clouds gathering so ominously on the horizon, the IMF and World Bank have to address the fundamental shortcomings of the DSF, if it is to be a genuinely effective tool in the prevention of future crises.

This piece is adapted from a Jubilee Debt Campaign blog originally produced by Tim Jones.