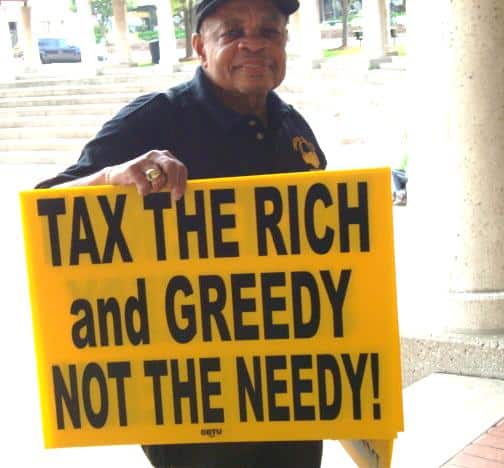 A World Bank and IMF (Bretton Woods Institutions or BWIs) organised event during their 2017 annual meetings (see BWP Dispatch) on taxing wealth in developing countries led Alex Cobham of Tax Justice Network in his October blog to ask, Is tax justice the new Washington consensus? The Bank and Fund are “intensifying” their tax work under the umbrella of the Platform for Collaboration on Tax (PCT), a partnership between the BWIs, OECD and UN. Perhaps this signifies the BWIs starting to slowly chip away at long-standing civil society criticisms about their role in promoting the ‘tax consensus’ that promotes regressive taxes and underemphasises illicit financial flows (see Observer Autumn 2016).

For example, Medium-Term Revenue Strategies (MTRS) are a new PCT concept described as a “social contract on … revenue mobilisation … for 5 to 10 years with due consideration to the poverty and distributional implications of the associated measures”. It is a process for comprehensive tax reform underpinned, in the words of the PCT, by a “social consensus”, to be achieved through “national dialogue led by political leaders with representatives of the community … that determines society’s expectations for the level of public services and the related expenditure needs that determines revenue collection targets”. In return for signing up to an MTRS, countries will receive technical advice from the PCT, in particular the IMF. Setting aside the question that arises from this initiative of how governments will be expected to navigate the delicate political economy of tax reform, Kwesi Obeng of Oxfam pointed out that this idea is not new. It was already developed in the Monterrey Consensus of 2000, meaning it has taken the organisations that make up the PCT 17 years to catch up to the idea of citizen engagement being crucial for tax reform. Obeng also warned that shrinking civil society space globally poses a major threat to the MTRS process, and must be acknowledged and reversed.

The Bank and Fund are also developing a new tool, the Tax Policy Assessment Framework (TPAF), aimed at helping decision-makers assess the various trade-offs of tax policy. TPAF will take the shape of a publically available website compiling IMF and World Bank ‘canon’ on different types of taxes in one place, and will include equity considerations for the assessment of every type of tax. Given that a World Bank Independent Evaluation Group February report found the Bank’s approach to tax lacked an equity focus (see Observer Autumn 2017), and that recent reports have found the Fund lacks recognition of the gender and equality impacts of its tax policy advice, the equity components will be particularly scrutinised by civil society critical of the BWIs’ approach to inequality. Its first chapter will focus on VAT and will be publically piloted by the end of the year, at which time it will be open to civil society feedback.

policy decisions cannot be delegated to a technical elite from the other side of the world or anywhere elseAlex Cobham, Tax Justice Network

Hosting the first global conference on tax and the SDGs

Finally, the PCT is organising its first global conference in February 2018 under the banner Taxation and the Sustainable Development Goals (SDGs) to “take forward the global dialogue on the role of tax in achieving the SDGs among senior policy makers and tax administrators” and inform the future work of the PCT. Civil society is expected to call attention to, among other issues, the lack of recognition of gendered tax impacts and, likely re-energised by the revelations of the Paradise Papers, the growing global consensus on the need for a UN Global Tax Body.

While these initiatives seem to be tentatively welcomed by some as steps in the right direction, the PCT has a track-record of promoting the agenda of OECD countries over the interests of developing countries (see Observer Autumn 2016). This begs the question of whether these initiatives signify hope for tax justice or whether they are a way for the IMF in particular to gain dominance in international tax discourse. As Cobham points out, “One thing that hasn’t changed at all is the sense that people in Washington institutions are ultimately best placed to say what policy positions are best. So while it’s welcome that the policy positions they’re taking may be improving, we as civil society shouldn’t lose sight of the fact that tax policy is highly political – policy choices must reflect public preferences. So policy decisions cannot be delegated to a technical elite from the other side of the world or anywhere else.”