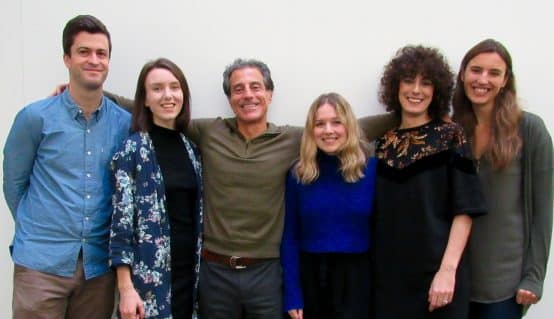 Miriam joined the team in January 2018 as the International Development Finance Project Manager, with a focus on scrutiny of the IMF. She previously worked at the UK Parliament as the Senior Economic Advisor to the SNP, covering Treasury and Business, Energy and Industrial Strategy, with a focus on inclusive growth, anti austerity economics and energy. Prior to this, Miriam worked as a researcher for Common Weal, a progressive think-tank based in Scotland, undertaking a variety of projects in policy development, advocacy and campaigns around poverty alleviation. Miriam holds a first class BA (hons) in International Relations at the University of Stirling, specialising in social justice critiques of international financial institutions.
mbrett[at]brettonwoodsproject.org

Emma joined the Project in late October 2015 as Gender Research and Project Officer to implement the Hewlett Foundation-supported Women’s Economic Empowerment project. Since July 2017 she is managing the second phase of the Gender and Macroeconomics project as Gender Project Manager. Emma’s role as International Coordinator of the ‘Women’s Power to Stop War’ movement by the Women’s International League for Peace and Freedom included organising two major international conferences and strengthening the capacity of the organisation and its members. As a WILPF Human Rights Programme associate, Emma conducted research and advocacy, in particular targeting UN Human Rights mechanisms, seeking to represent civil society voices to the assessment of nations’ human rights records. Emma holds an LLM in International and European Law from the University of Groningen in the Netherlands.
eburgisser[at]brettonwoodsproject.org

Ella joined the team in September 2018 as the Gender Project Officer for the Gender Equality and Macroeconomics (GEM) project. Ella has experience working as Parliamentary Advocacy Officer at Results UK where she managed the All-party Parliamentary Group on Global Education, coordinating advocacy events and conducting research for the Right to Education Index. In this role, Ella supported advocacy targeting parliamentarians, the UK Government and the World Bank, and worked with civil society partners on a variety of advocacy projects. She also acted as co-Chair of the Policy and Parliamentary Working Group for the Send My Friend to School (Global Campaign for Education UK) coalition during the ‘Make Schools Safe’ campaign. Prior to this, Ella worked for a women’s rights charity and an international communications consultancy. Ella holds a BA in History from Bristol University, with a focus on social movements and postcolonial African history.
ehopkins[at]brettonwoodsproject.org

Jon joined the Project in August 2017 and will be overseeing its work on environmental issues. He recently completed a PhD at the University of Sussex that focused on the internal migration of tenant farmers, changing land tenure norms and environmental variability in Brong Ahafo, Ghana. A key dimension of this work was to better understand diverse migrant livelihood outcomes in light of overlapping economic and environmental risks faced by migrant farmers in rural Ghana. He also has experience as a research consultant, undertaking consultancies spanning a wide range of migration-climate and migration-development issues. In addition to his doctorate, Jon holds a MA in the Anthropology of Conflict, Violence and Conciliation from the University of Sussex and an undergraduate degree in Social Anthropology from the University of St Andrews.