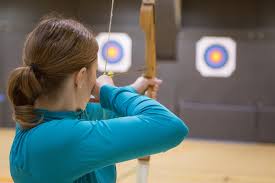 At the October 2017 World Bank and IMF Annual Meetings in Washington DC, the International Finance Corporation (IFC, the World Bank’s private sector arm), introduced its new development impact measurement framework, Anticipated Impact Measurement and Monitoring (AIMM, see Observer Winter 2017-2018). The new system will replace its Development Outcomes Tracking System (DOTS) and is to be fully operational by 2019. Contrary to DOTS, where development impact was only assessed three years after project implementation, AIMM will conduct an ex-ante assessment of likely development outcomes of proposed investments. It will also try to determine portfolio-wide impacts, with a focus on how individual investments and the portfolio generally perform in creating markets, a key objective of IFC’s new 3.0 strategy (see Observer Spring 2017).

Civil society organisations (CSOs), which are following with concern the implementation of the World Bank Group’s private sector-centred Maximising Finance for Development (MFD) approach (see Observer Summer 2017), consider the development of AIMM an important opportunity for the IFC to address many of the issues raised by them and the IFC’s Compliance Advisor Ombudsman (CAO, the IFC’s independent accountability mechanism). These concerns have included documented cases where IFC investments have supported land grabs, displacement, loss of livelihoods and destruction of the natural environment (see Observer Summer 2017, Winter 2017-2018). CSOs therefore consider it imperative that AIMM applies to all aspects of the IFC’s portfolio, including its investments in financial intermediaries.

As a January Center for Global Development (CGD) report on the nature and destination of IFC investments noted, “IFC’s portfolio is not focused where it could make the most difference”, as most of its investments were in upper middle income countries. While the IFC responded that it is the largest investor in low-income countries among international financial institutions, CGD noted that its own analysis had been made difficult by the lack of transparency and publically available data provided by the IFC. This echoes a persistent complaint of affected communities and their CSO partners, as noted in the 2015 CSO The suffering of others report, which could only be compiled by gathering information about IFC investments through subscriptions to expensive fee-based proprietary databases.

An ex-ante human rights impact assessment ... would ensure IFC investments support activities that bring tangible benefits to communities’ ability to avail themselves of their economic, social and cultural rights

Given the importance of AIMM in informing the IFC’s investment decisions, civil society have offered to assist the IFC to integrate a human rights-based approach into AIMM that goes beyond narrow projections of job creation and investment inflows. Given AIMM’s objective to ensure IFC investment decisions and activities are based on a robust projection of their development outcomes, CSOs would expect that AIMM necessarily includes an analysis of IFC’s support for public-private partnerships (PPPs). An explicit requirement for a fiscal impact assessment of proposed PPP investments, coupled with mandatory comparison between public and private finance costs and exclusion of investments in PPPs registered ‘off balance sheet’, would help the IFC to make significant progress in addressing the serious concerns raised by 152 CSOs in the October 2017 PPP Manifesto.

AIMM is given additional importance by the Bank and IFC’s new focus on fragile states and the new International Development Association’s (IDA, the World Bank’s low income arm, see Inside the Institutions Spring 2017)  private sector window (see Observer Winter 2017). The challenges of operating effectively in fragile and conflict-affected environments are outlined in March’s joint UN and World Bank Pathways for Peace report. Active cooperation with civil society in the development of AIMM’s human rights impact assessment tools and in providing an outside perspective of project evaluations would ensure that the IFC minimises the risk that its investments negatively impact fragile political arrangements and unwittingly contribute to increased instability and potentially violent conflict.