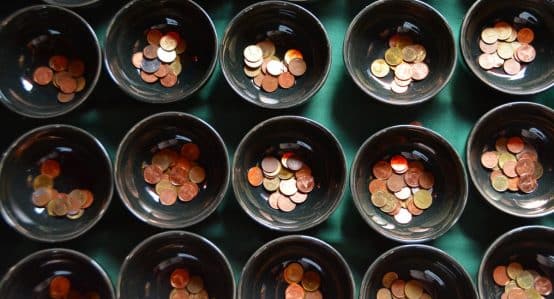 In 2013, the World Bank Group (WBG) committed itself to twin goals: To end extreme poverty by 2030, and to achieve shared prosperity, defined as, “fostering income growth of the bottom 40% of the population of every country.” Last November, the Bank’s Independent Evaluation Group (IEG) published a report entitled Growth for the Bottom 40%, which found a series of problems with the Bank’s progress on this goal. Some of these, such as the scarcity of timely and good-quality data, are unsurprising. Others, however, hint at problems with the Bank’s approach to shared prosperity more generally.

One of the central findings was that the Bank’s Country Partnership Frameworks, “generally do not fully articulate the theory of change pertaining to the bottom 40 percent.” The evaluation further found that, “only 32 percent [of World Bank projects] have an explicit theory of change linking project interventions to benefits among the bottom 40 percent.”

Another striking finding of the report is that only 63 per cent of Bank staff, “are fully familiar with the official World Bank definition of shared prosperity.” Knowledge of the shared prosperity goal is at its lowest within the Bank’s private sector arm, the International Finance Corporation (IFC), at just 42 per cent. In addition, the report found that 68 per cent of staff, “believe that in implementing the shared prosperity goal, the WBG should focus more explicitly on reducing inequality” and that, “These views are shared by several World Bank chief economists.”

“only 32 percent [of World Bank projects] have an explicit theory of change linking project interventions to benefits among the bottom 40 percent, and that theory of change is sufficiently articulated for just 18 percent.” Independent Evaluation Group

Tellingly, in a discussion on the IEG report at the Bank in March 2018, Manuela V. Ferro, the Bank’s Vice President of Operations Policy and Country Service, referred to shared prosperity as ‘the sometimes forgotten goal’, stating, “This is a very good example of how management, the board and IEG can really pull their different strengths and roles together to look at what is our second goal, but the sometimes forgotten goal, the shared prosperity goal.” Manuela further admitted, “…the extreme poverty goal is well understood by staff, it’s measures, it can be aggregated, while the second one not so much…”

The IEG findings indicate that the Bank’s approach to shared prosperity suffers from a lack of clarity, prioritisation and ambition.

The IEG findings and recommendations suffer from the Bank’s narrow approach to shared prosperity. The Bank’s limited definition of shared prosperity as income growth of the poorest overlooks the pernicious impacts of wealth inequality. Economists such as Thomas Piketty have warned that if the richest accumulate wealth at a faster pace than economies are able to grow, inequality in that society will intensify. Indeed, a January 2018 Oxfam report entitled Reward Work, Not Wealth found that 82 per cent of the wealth generated last year went to the richest 1 per cent, while the poorest 3.7 billion people saw no increase in their wealth. As outlined below, the Bank’s definition of the shared prosperity parameters, coupled with IEG’s findings, has obvious implications for the policy prescriptions and strategies used by the Bank to pursue its second goal.

While the IEG evaluation stated that only about 6 per cent of staff “mention work focused on improving macro stability or taxation policies as a channel for contributing to the shared prosperity goal”, it does not go on to mention ways to explicitly improve this in its recommendations. It thus seems to ignore evidence, such as that provided by the Tax Justice Network August 2017 blog, of the positive impact progressive tax policies can have on decreasing inequality. Moreover, Oxfam’s inequality report stated, “There are two important ways to achieve a human economy: designing economies to be more equal from the start, and using taxation and public spending to redistribute and create greater fairness.” Governments could then use regulation and taxation to radically reduce levels of extreme wealth, as well as limit the influence of wealthy individuals and groups over policy making.

Concerningly, the IEG report does not once mention trade unions, despite being published only months after the International Trade Union Confederation (ITUC) and Global Unions called on international financial institutions – including the Bank – to boost incomes of people around the world by supporting strengthened collective bargaining rights. Indeed, ITUC General Secretary Sharan Burrow said, “A rise of wages will do much to … stop the trend of increasing inequality and provide the increase in global demand needed to sustain economic recovery.”

While the report clearly stipulates that, “supporting equitable and sustainable macroeconomic policies” should inform much of the shared prosperity work, it does not address the implications of the Bank’s Maximising Finance for Development (MFD) approach and its related push for public-private partnerships (PPPs) on macroeconomic sustainability or equality (see Observer Summer 2017). Civil society expressed its concern in the October 2017 ‘PPP Manifesto’ signed by 152 CSOs, which stressed that the available evidence on PPPs indicates that they threaten macroeconomic stability through hidden debts and contingent liabilities, and increase inequality through user fees for the most vulnerable (see Observer Winter 2017-2018).

For example, as noted in Belgium-based CSO Counter Balance’s December 2017 How infrastructure is Shaping our World report, the Bank’s MFD and PPP agenda both support the development of mega-infrastructure corridors that enhance rather than alleviate inequality. The report reveals that PPPs are themselves likely to exacerbate inequalities, stating, “The history of PPPs is history of privatized gains and socialized losses. One only need examine the World Bank’s “Guidance on PPP Contractual Provisions” (2017) to see how risk is heaped upon governments, building up liabilities that, one day, may transform into huge debt burdens, at the expense of public expenditure on schools, housing and health.”