Are you designing social protection schemes from a charity or a citizenship paradigm? 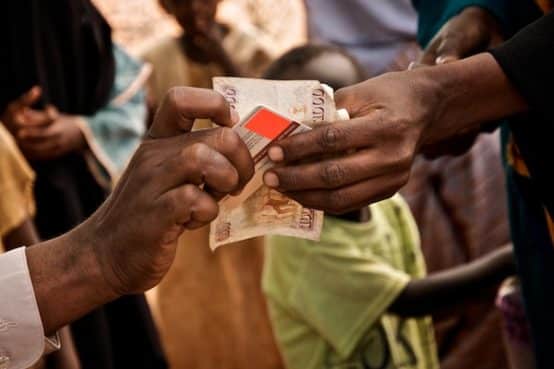 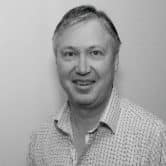 While it is generally accepted that social protection is a core public service, the design of national systems is highly contested. There are two broad camps in the debate: one regards social protection as a universal human right, arguing for inclusive schemes that offer high or universal coverage; the other promotes targeting social protection at the ‘poor,’ often combined with sanctions or work obligations. The IMF and World Bank fall into the second camp.

The two approaches result in very different types of social protection systems. The inclusive approach builds systems focused on relatively high-cost lifecycle schemes, in particular old age pensions and disability and child benefits. Universal pensions are the most common schemes in developing countries, often with budgets above 1 per cent of GDP, reaching 4.3 per cent of GDP in Georgia. While there are fewer inclusive disability and child benefits, their costs can also be relatively high: for example, Mongolia’s universal child benefit cost 1.4 per cent of GDP in 2017.

Although the World Bank and IMF argue that their approach to social protection is pro-poor and progressive, in reality, the opposite is the case.

The World Bank and IMF’s approach to social protection results in much lower cost programmes, often targeted at poor households rather than individuals. Countries rarely spend more than 0.4 per cent of GDP on these types of poverty reduction schemes. Low levels of investment in social protection align well with a neoliberal vision of low taxes and a small state and are consistent with the current austerity agenda found in some high-income countries. For example, the World Bank has argued that, “Lesotho cannot afford to waste money [on its universal pension] by providing transfers to people who do not need them,” while, in Kyrgyzstan, it proposed poverty targeting to achieve fiscal savings and greater cost-efficiency. In a paper that was not published, World Bank staff admitted that, “The historical … evidence suggests that the forces pushing for better targeting are more regularly motivated by cutting entitlement bills and ensuring financial sustainability than by helping the poor.”

The favoured programmes of the World Bank and IMF are conditional cash transfers (CCT), which make poor families fulfil behavioural conditions – such as sending children to school – to receive the benefit or else face sanctions. For example, a global 2016 World Bank report, Poverty and Shared Prosperity, promoted CCTs as one of six key policy areas for tackling inequality. Alternatively, they advocate ‘workfare’ schemes – often rebranded as ‘Productive Safety Nets’ – which give poor households transfers as long as they engage in public works. The World Bank and IMF’s approach to social protection is similar to the model used by high-income countries in the 19th century when poor relief was dominant and schemes for the so-called ‘undeserving poor’ were conditional on workfare.

The World Bank and IMF appear convinced by the targeting approach, arguing that it offers the greatest benefits to those living in poverty. Yet, when tested against the evidence, it does not stand up to scrutiny. Key failings include: poverty targeting excludes the majority of people living in poverty from social protection; there is no robust evidence that sanctions and workfare are effective; and, poverty targeting results in lower transfers to the poor and, therefore, lower social and economic impacts. In reality, poverty targeting undermines international commitments to fulfil the Sustainable Development Goals.

The evidence on the efficacy of poverty targeting

At the heart of the World Bank and IMF’s approach is the belief that poverty targeting can be undertaken successfully. They promote a targeting mechanism called the proxy means test (PMT) – which employs a survey of household assets to estimate incomes – frequently claiming that it is effective.

In reality, PMTs are highly inaccurate, commonly excluding over half of the intended beneficiaries, with many performing much worse. For example, the World Bank found exclusion errors of 93 per cent in Indonesia’s Program Keluarga Harapan (PKH) CCT scheme while, in rural Tanzania, the PMT is little better than random selection. In Pakistan, despite the World Bank and IMF claiming that the Benazir Income Support Programme (BISP) is well-targeted, Figure 1 shows this is not the case, with the vast majority of intended beneficiaries excluded.

World Bank messaging on targeting can confuse policymakers. Often, in its policy advice it undertakes simulations of targeting that incorporate an assumption of ‘perfect targeting,’ thereby exaggerating its effectiveness. The World Bank’s flagship 2015 State of the World’s Safety Nets publication argued that CCTs were better targeted than social pensions, despite the high exclusion of CCTs, and the limited exclusion of most universal social pensions. In Mongolia, the World Bank claimed that the universal child benefit was “not … well-targeted and not effective in protecting the poor”, despite the scheme reaching virtually all children living in poverty. The World Bank frequently promotes Brazil’s targeted Bolsa Familia CCT programme as a model for other countries, yet it has targeting errors of around 50 per cent and its impact on inequality is 20 times less than that of Brazil’s inclusive pension system.

The World Bank and IMF often place indicators in loan agreements – sometimes linked to disbursement – to demand greater poverty targeting. Recent World Bank loans to Bangladesh and Pakistan have stated that the proportion of all beneficiaries in the poorest two quintiles must increase to 80 per cent; and, in Mongolia, the IMF included a structural benchmark on targeting the universal child benefit to the poorest 60 per cent of children.

The end result for countries following this advice is that, due to low budgets, limited coverage and high exclusion errors, the majority of those living in poverty are usually excluded from social protection. In contrast, inclusive schemes have high coverage and minimal targeting errors and are effective in reaching those living in poverty. So, for example, the best performing poverty-targeted programme in developing countries – the Pantawid scheme in the Philippines – excludes nearly half its intended beneficiaries while most universal old age pensions reach almost all older persons living in poverty.

The evidence on sanctions and workfare

There is no robust evidence that the use of sanctions in CCTs is effective: experiments supported by the World Bank indicate that improvements in educational attendance in CCTs are the result of the additional cash received by families – which enables them to send their children to school – rather than the fear of being sanctioned. Sanctions also tend to exclude the most vulnerable children – including those with disabilities – since they find it most difficult to comply with the conditions.

Despite this evidence, the World Bank continues to promote sanctions. In Indonesia, it will only disburse $10 million of a recent loan when 50 per cent of beneficiary households on the PKH programme have their compliance with conditions registered – and, therefore, can be sanctioned – while a further $500,000 will be given for each additional 1 per cent increase in compliance registration.

There are indications that workfare schemes can make families poorer: for example, the highly-promoted Productive Safety Net Programme (PSNP) in Ethiopia – partially financed by the World Bank – has reduced per capita household consumption by $1.83 per month. Nonetheless, the World Bank has persuaded a number of countries – such as Bangladesh, Tanzania and Uganda – to take out large loans for similar schemes. 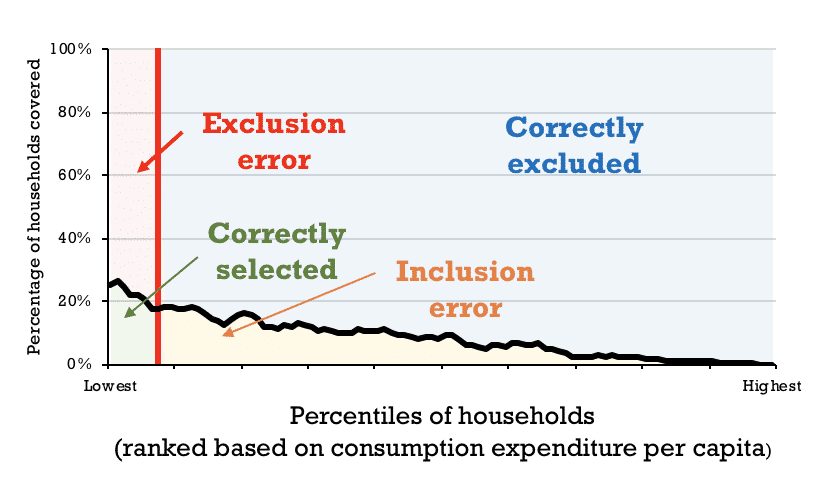 Poverty targeting results in less for the poor

As myself and others noted in an October 2017 paper, the promotion of poverty targeted programmes is self-defeating, since governments are reluctant to invest in them, due to their unpopularity with the majority of the population who are excluded. As a result, there is limited political or electoral reward for politicians promoting them. Consequently, not only are the budgets of poverty targeted programmes small, so are their transfer values, thereby diminishing their already limited effectiveness. In the Philippines, the low value of the Pantawid CCT programme’s transfers has generated increased child labour, as families need higher incomes to cover school costs and avoid being sanctioned.

In contrast, inclusive lifecycle schemes are popular since they can be accessed by the majority of the population. Politicians promoting inclusive schemes often win elections. This explains why inclusive programmes usually have higher budgets and transfer values than poverty targeted programmes. Some – or many – World Bank staff find this difficult to comprehend: when defending poverty targeting, a lead social protection specialist claimed that: “There is no evidence that countries with universal programs have more sustainable and larger social assistance budgets.”

The World Bank and IMF not only advocate poverty targeting, they also criticise and threaten inclusive schemes that governments have established with their own funds. In recent years, the World Bank has recommended targeting a range of universal old age pension schemes, including in Nepal, Thailand, Lesotho, Mauritius and Namibia. In Kyrgyzstan, in January, the IMF – supported by the World Bank – persuaded the government to modify a law introducing universal child benefits so that they were targeted. In Iran, the IMF persuaded the government to introduce targeting into its main universal transfer, contributing to the protests in December 2017. In Mozambique, following the government’s decision in 2016 to introduce universal benefits for older people and children, the World Bank and IMF lobbied against their implementation. Mongolia was threatened by the IMF and World Bank with the withholding of loans unless it targeted its popular universal child benefit, with the government eventually acquiescing in January 2018.

Signs of change or a false dawn?

A recent study by the IMF’s Independent Evaluation Office has questioned the rationale of the IMF’s commitment to poverty targeting, while a coalition of civil society organisations wrote to the IMF in December asking for a change in approach. In response, the IMF Board stated that it will take steps, “to find an effective approach to program design and conditionality to mitigate the adverse impacts of program measures on the most vulnerable”, and develop a new ‘institutional view’ on social protection by February 2019.

Although the World Bank and IMF argue that their approach to social protection is pro-poor and progressive, in reality, the opposite is the case. Not only are the majority of those living in poverty likely to be excluded as a result of their policy advice, there is a danger that both institutions may, ultimately, undermine democracy while weakening economic growth and national social cohesion, a dangerous tactic in an increasingly uncertain world. Inclusive, lifecycle social protection systems are significantly more effective than poverty targeted systems in reaching those living in poverty while having much greater positive social, economic and political impacts.

Nonetheless, despite the evidence on the inefficacy of poverty targeting and the indications of some signs of change in the public positions taken by the World Bank and IMF, there is clearly a long way to go before they reverse their commitment to poor relief and sanctions. A good start would be a decision to reverse the damage they have recently caused in Mongolia and Kyrgyzstan.

Dr Stephen Kidd is a Senior Social Protection Specialist at Development Pathways with more than 30 years experience of engaging on social development and social protection. He was previously Director of Policy at HelpAge International, led DFID’s Social Protection Team and was a Lecturer in Social Anthropology at the University of Edinburgh. He has a wide range of experience across many aspects of social protection, including organisational development, operational delivery and policy development and significant research experience.

Are you designing social protection schemes from a charity or a citizenship paradigm?