Response to the Guardian’s opinion piece on Tunisia

The IMF has choked Tunisia. No wonder the people are protesting 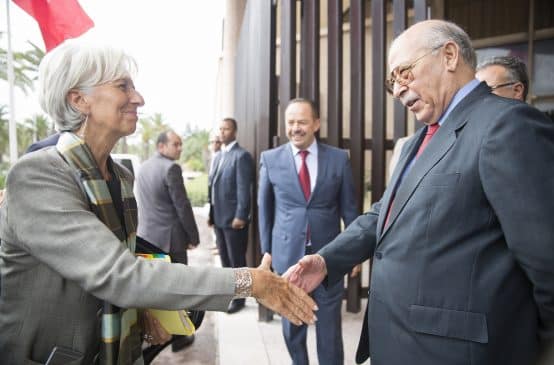 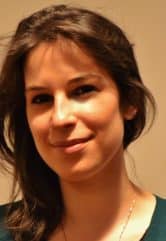 In January 2018, the introduction of austerity by the Tunisian government sparked widespread discontent. Already strained by the difficult economic conditions and the further shrinkage of their purchasing power between 2016 and 2017, Tunisians took to the streets, protesting the 2018 Finance Law and the IMF’s loan conditionality, which aims to cut the budget deficit to 4.9 per cent of GDP. The deficit is supposed to be decreased through increases in indirect taxation (e.g. VAT rates, and purchase taxes on several consumer goods, including fuel and electricity) and reductions on the fiscal burden on enterprises, as well as public and private employees.

A January 2018 article published by UK newspaper The Guardian severely criticised the IMF’s austerity agenda in Tunisia, raising concerns about the impact of these policies on vulnerable citizens. The IMF responded to the article on its website noting that instead of austerity, it advocates, “well-designed, well-implemented, socially-balanced reforms”, defending the theoretical foundations of its neoclassical, supply-side agenda. The Fund argue that growth will come with improved business and investor confidence, which in turn will come once Tunisia can cut its deficits and control debt and inflation.

Multilateral and bilateral donors have considerably increased their presence in Tunisia, as well as their financial support to the political transition process and development of a ‘success story’ following the 2011 uprisings. The IMF is a major actor through its four-year $2.9 billion Extended Fund Facility (EFF), agreed in May 2016. Since the beginning, negotiations on the EFF between the Tunisian government and the IMF have been complicated and delayed by the unpopularity of the IMF’s austerity-inducing conditions. One thorny issue regards public employment and public-sector wage freezes, strongly opposed by the Tunisian General Labour Union (UGTT).

Given the lack of progress on reforms related to public employment and other loan conditionality, in December 2016 the IMF postponed the disbursement of the second EFF instalment, which was eventually approved in May 2017. The Tunisian government and Central Bank have complied with the IMF’s request for more flexibility of the exchange rate regime. Consequently, the Tunisian dinar has undergone a dramatic fall in recent years, losing approximately 20 per cent of its value against the Euro in 2017. The depreciation came along with a significant increase in the inflation rate during 2017, which hit 6.4 per cent by the end of the year.

The IMF’s call for a flexible exchange rate is based on its presumption that a weaker currency will be a catalyst for exports. Yet, the IMF’s faith in the benefits of this approach completely overlooks the structure of Tunisia’s export sector as well as the dire consequences that currency depreciation has on import-dependent economies. In Tunisia, the export sector is primarily based on low-wage labour, mainly consisting of low-value added manufacturing, low-cost tourism and cheap services, such as call centres owned by foreign companies. A significant boost in Tunisian exports is yet to be seen, but even if they materialise, doubts remain about the number and quality of jobs they may create. In reality, Tunisia relies strongly on imports for consumption and hardly benefits from domestic substitutes. While sustained export-driven growth is uncertain, regressive redistributive repercussions are the expected short- and medium-term consequences of the IMF’s approach.

This policy response reveals the IMF’s poor understanding of the Tunisian economy and inability to design alternatives to neoclassical development policies, which prioritise supply-led fiscal stability over decent employment and social justice. First, a small economy hugely dependent on its economic relations with the European Union can hardly benefit from currency depreciation if not supported by measures that promote structural transformation and shield consumers from high inflation rates. Second, business and investor confidence is built upon a variety of factors, and does not necessarily lead to sustained job creation and fairness. Third, development does not mean social and economic engineering: the expression “well-designed, well-implemented, socially-balanced reforms” means that austerity measures are to be justified in the name of a mechanical view of economic policy.

A radical reconsideration of the IMF agenda’s theoretical assumptions – in Tunisia as well as elsewhere in the region – is more necessary than ever to shape macroeconomic policies that effectively promote productivity growth and decent employment.

Response to the Guardian’s opinion piece on Tunisia

The IMF has choked Tunisia. No wonder the people are protesting