Greening Financial Flows: what progress has been made in the development banks? 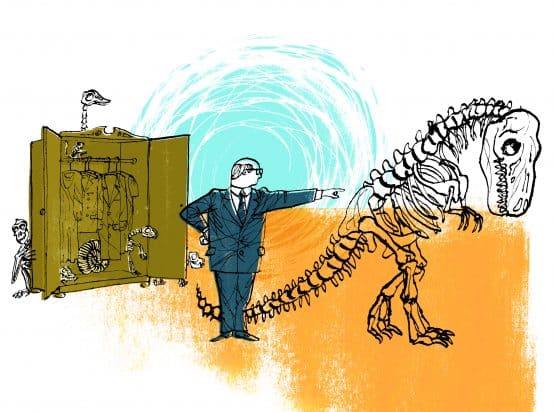 World Bank Group (WBG) President Jim Yong Kim announced at December’s One Planet Summit in Paris that the Bank will cease project lending for ‘upstream’ oil and gas projects after 2019. As the Bank clarified, “upstream is an industry term that refers to exploration of oil and natural gas fields, as well as drilling and operating wells to produce oil and natural gas.” The Bank also announced at the summit that it “will be applying a shadow price on carbon in the economic analysis of all … projects in key high-emitting sectors.” This followed the Bank’s October 2017 commitment to begin tracking the carbon emissions of its project investments for the first time in 2018.

Alex Doukas from US-based NGO Oil Change International (OCI) hailed the importance of the upstream pledge in a December blog, noting “each dollar of World Bank finance currently going into oil and gas catalyzes many more, and … many projects that get World Bank finance would never go ahead without it. So, the finance that will shift away from oil and gas as a result of this announcement really matters, and will have an even larger effect than the numbers might suggest.” OCI’s Shift the Subsidies database shows that the Bank’s upstream portfolio is significant, amounting to “an average of over $1 billion per year in exploration and production activity between 2014 and 2016.” The upstream pledge marked an important victory for civil society organisations (CSOs) who have engaged in a decades-long push for the Bank to end its support for fossil fuels.

Despite the upstream pledge being a major step in the right direction, many challenges remain for the Bank to fully decarbonise its lending portfolio. Importantly, the upstream pledge will not end Bank finance for all fossil-fuel related projects. The pledge includes an exception for the Bank’s project lending to low-income International Development Association (IDA) countries, which allows the Bank to fund upstream gas projects if they are judged to have an energy access component and be part of a low-carbon transition strategy. This raises questions about how stringently this exception will be interpreted when it comes into force in 2020. Moreover, upstream lending is only about one-third of the Bank’s fossil-fuel project lending portfolio, according to the OCI database. Finance for pipeline projects that bring upstream oil and gas to markets is not covered by the pledge, for example (see Observer Autumn 2017).

The upstream pledge only applies to the Bank’s project lending and does not extend to other parts of the Bank’s portfolio, such as lending to financial intermediaries (FIs) and development policy loans (DPLs). This is significant, as the WBG is de facto funding a new generation of coal power plants and other fossil fuel projects via investment in FIs, as documented by CSOs in Bangladesh, India, and the Philippines (see Observer Winter 2017-2018). To close loopholes that allow funding of fossil fuels via the back door, CSOs have advocated that the Bank publicly disclose and track its indirect financing, and include an exclusion list on fossil fuel projects in its indirect lending portfolio. CSOs have also argued that the Bank is ‘propping up’ fossil fuels through its DPLs, which provide fungible direct budget support to national governments. A January 2017 report from Netherlands-based CSO Bank Information Center Europe highlighted that in Peru, Indonesia, Egypt and Mozambique, DPLs have created incentives for coal, oil and gas investments, as part of the ‘prior actions’ (i.e. regulatory changes) required for countries to secure these loans (see Observer Spring 2017). CSOs argue the Bank needs to adopt a safeguard for DPLs that, inter alia, prohibits prior actions that promote fossil fuels.

Research by UK-based CSO E3G showed that the Bank’s Multilateral Investment Guarantee Agency (MIGA) had the dirtiest portfolio in terms of support for fossil fuels projects between FY14-FY16 among the four members of the WBG. E3G found that in FY16, MIGA did not support a single renewable energy project: “[its] guarantees to energy were worth $1.9 billion in 2016, of which $0.9 billion went to fossil fuel projects”, with the rest going to projects such as hydro-dams, which often have significant environmental and social impacts. Given that MIGA’s guarantees are designed to provide financial ‘de-risking’ and offer political legitimacy to projects, CSOs have stressed that it is problematic for MIGA’s portfolio to lean so heavily towards fossil fuels at a time when the Bank is meant to be aligning its activities with the Paris Climate Agreement.

A December report published by Belgian-based CSO Counter Balance highlighted the contradictions between the WBG’s push for a new generation of ‘mega-infrastructure’ (see Observer Winter 2017) and effective climate action. The report noted, “The building of planned mega corridors would … mean locking-in the current extractivist development model. This agenda … is largely reliant on fossil fuels, mining and large-scale agribusiness. … [It] is fundamentally incoherent with the fight against climate change.” Although the World Bank is currently assisting countries with their Nationally Determined Contributions (NDCs) to the Paris Agreement, these only involve planning through 2030; given the decades-long lifespan of proposed mega-infrastructure projects, governance approaches in line with Paris’s 2050 time horizon are needed to ensure Bank-supported infrastructure projects do not become ‘stranded assets’ that will need to be retired to meet global climate goals.

Despite the substantial challenges that remain, CSOs are cautiously hopeful that the upstream pledge can serve as a catalyst for transforming the Bank’s wider approach to energy and climate investments.

Greening Financial Flows: what progress has been made in the development banks?