Down on the seed: The World Bank enables corporate takeover of seeds 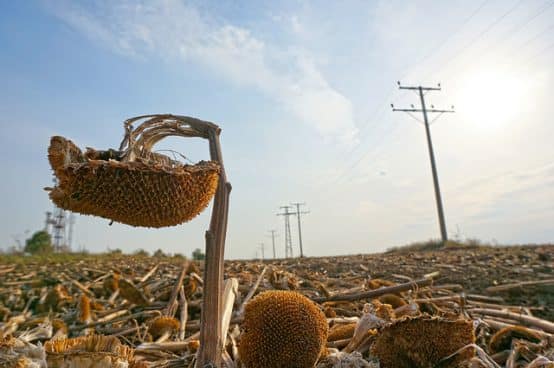 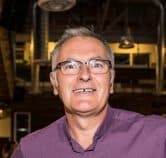 by Frederic Mousseau of the Oakland Institute

Under the campaign ‘Our Land Our Business’, NGOs, trade unions, farmers’ organisations, consumer and environmental groups – all together over 280 organisations from over 80 countries – have joined hands to demand that the World Bank stop one of its most insidious activities: the ‘business ranking’ of countries. The Bank’s Doing Business Report (DBR) has scored countries according to how well their governments are “improving the business climate” over the past 15 years. But this model suffers from  fundamental flaws (see also Observer Summer 2017).

In January 2018, the Bank’s Chief Economist Paul Romer publicly denounced the flawed methodology of and political manipulation by the World Bank’s DBR, which Romer noted may have been used to disfavour Chile’s ranking under its outgoing socialist president, Michelle Bachelet. Romer’s resignation followed a few days later.

In 2013, the World Bank’s own Independent Evaluation Group (IEG) recommended that the country rankings be eliminated from the DBR (see Observer Autumn 2013). The group’s report also criticised the DBR for ignoring ‘the social or economy wide benefits that regulations yield, such as safety, environmental protection, worker protection, or transparency.’ By forcing countries to compete against each other, the rankings encourage a race to the bottom of deregulation between countries. The IEG also recommended eliminating the tax indicator, which penalises countries that require private companies to pay taxes or make contributions to pensions and other social protection schemes (see Observer Winter 2017). Bank management ignored these recommendations and has maintained a scoring system that rewards governments that not only cut taxes but also eliminate social, labour and environmental regulations in favour of corporations and foreign investment.

Handing over natural resources like land to corporations and destroying small-scale agriculture will not reduce poverty.

EBA: The expansion of a failed model

Based on the DBR’s model, the Enabling the Business of Agriculture (EBA) report was launched after leaders of the G8 asked the World Bank in 2012 to create a “Doing Business in Agriculture Index”, to guide policy makers in the developing world in designing “business-friendly” agricultural policies and regulations. It was started with financing from the US, UK, Danish, and Dutch governments as well as the Bill and Melinda Gates Foundation.

The EBA dictates so-called “good practices” to regulate agriculture and scores countries on how well they apply and implement them. Based on the EBA scores, the World Bank leverages policy changes in agriculture. By promoting a so-called “commercially-oriented” agricultural transformation, the Bank portrays farmers forced out of agriculture through land transfers as an “opportunity” to take up non-agricultural employment and obtain better livelihoods.

As exposed by a recent Oakland Institute report, the EBA’s goal is to promote measures and reforms that will favour the corporatisation of agriculture, including increased industrial agriculture and the privatisation of seeds around the world. The EBA index pushes governments to facilitate the import of chemical fertilizers; the production and marketing of industrial seeds; and to facilitate “efficiency enhancing” land transfers – i.e. farmland sales or leases to agribusinesses.

Handing over natural resources like land to corporations and destroying small-scale agriculture will not reduce poverty. The Oakland Institute’s extensive series of reports on large-scale agricultural investments in Africa showed that wealth redistribution from agricultural investments has not been equitable. Job creation and labour conditions on large farm holdings fail to match the revenue, quality of life, and employment levels generated by small farms; and rural migration towards over-populated, unemployment-stricken cities does not improve livelihoods.

Though investments in agriculture are clearly needed in the developing world, these should benefit the farmers, the local and national economies, and ultimately contribute to global food security. This requires locally adapted solutions based on the experience, needs and the demands of farmers, pastoralists, and rural communities. For this to happen, one must reject the Bank’s focus on foreign investment, large-scale agriculture, commercial inputs to increase yields and cash crops for export. As evidenced in the Oakland Institute’s series of agroecology case studies, agricultural yields, farmers’ income and food security can be drastically increased with practices and policies that encourage crop diversification, require less external inputs, enhance soil fertility and increase biodiversity.

The Our Land Our Business campaign was started in 2014 to demand the end of both the EBA and DBR rankings, and has established global reach. So far, the Bank has turned a deaf ear to the concerns raised by civil society and to the recommendations of its own independent evaluation group.

Change may not come from the Bank, but it cannot ignore the change that is on its way. As a result of Romer’s high-profile criticism, Chile has demanded a full investigation into the DBR. The Dutch and Danish governments, two of the five initial EBA donors targeted by the Our Land Our Business campaign, have pulled their financing from the project. Early in 2018, France decided to pull out of the G8 New Alliance for Food Security and Nutrition, an initiative which the EBA was established to support and complement. In the wake of growing civil society mobilisation, some governments have been forced to take action, leaving the US, the UK, and the Gates Foundation increasingly isolated in their mission to promote corporate interests through the EBA. It will be in the Bank’s favour to follow the stated mission of its development agenda – to end poverty, instead of misusing it to harm the poor.

By Frederic Mousseau of the Oakland Institute

The Our Land Our Business campaign
Read the joint statement signed by over 280 organizations
To add your organization to the campaign, please email: ourlandourbusiness@oaklandinstitute.org
For more information, visit the campaign website (English, French, Spanish)

Down on the seed: The World Bank enables corporate takeover of seeds