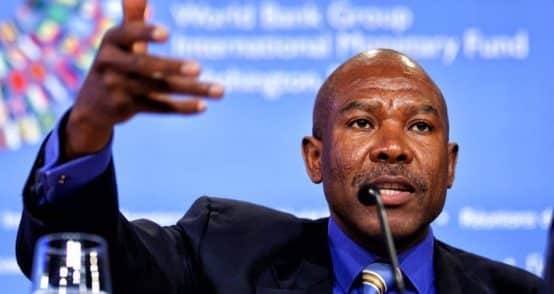 The IMFC is the direction-setting body of finance ministers for the IMF. The communiqué of the IMFC sets out the consensus position about the direction of the Fund and reform. The ministerial statements to the IMFC, often revealing of the true differences of opinion amongst the IMF’s membership, are also made available online.

Despite strong projections for economic growth and improvements in levels of trade and investment in the near term, the tone of the Spring 2018 communiqué of the International Monetary and Financial Committee (IMFC), released on April 18, was notably flat and alluded to growing concern in several areas, amid a backdrop of perturbing trends in the medium- to long-term: “Rising financial vulnerabilities, increasing trade and geopolitical tensions, and historically high global debt threaten global growth prospects. Demographic headwinds and subdued productivity growth may reduce the potential for higher and more inclusive growth going forward.”

Having previously vowed to “resist all forms of protectionism”, the IMFC used the communiqué to once again express concern around the protectionist approach of the US administration: “We reaffirm the importance of implementing the conclusions of the G-20 Hamburg Summit on trade and recognize the need for further dialogue and actions.”

Debt vulnerabilities played a significant role in the communiqué, both in relation to its global economic overview and IMF operations: “We will work toward enhancing debt transparency and sustainable financing practices by both debtors and creditors and addressing debt vulnerabilities in low-income countries (LICs).” Though the committee mentioned working alongside the World Bank to stamp out debt vulnerabilities, it did not explicitly cover the risks posed by the World Bank’s support for public-private partnerships (PPPs), as expressed by a civil society letter submitted to the World Bank during the meetings, which called for “a moratorium on funding, promoting or providing technical assessment for PPPs until an independent review into the development outcomes of the Bank’s PPP portfolio is completed”. Wider concerns also exist around to what extent IMF-led fiscal consolidation strategies squeeze space for public investment, steering governments towards unsustainable off-the-books potential debt liabilities as a result of PPP contracts.

The tone of the communiqué ... was notably flat and alluded to growing concern in several areas

Echoing last year’s communiqué (see Dispatch Annuals 2018), on growth, the committee noted: “The window of opportunity remains open and should be used expeditiously to advance policies and reforms that sustain the current upswing, enhance resilience, and raise medium-term growth for the benefit of all.” The route to sustainable, balanced and inclusive growth however remains unclear, as the committee did not signal a shift away from its current approach to fiscal consolidation policy conditions attached to IMF loan programmes, which have recently been found to increase inequalities by the IMF’s own research. Civil society has long argued this point that the Fund’s bread-and-butter policy advise squeezes fiscal space which disproportionately harms poor and marginalised groups, as has been most recently argued for countries such as Brazil, Mongolia and Tunisia.

The IMFC also stated its support for the IMF’s continued role in international tax issues and domestic resource mobilisation, including through the Platform for Collaboration on Tax (see Observer Winter 2017-2018): “We call on the IMF to set out a clear process for supporting country authorities in developing their medium-term revenue strategies.” Though tentative support for wealth taxes was recently alluded to in an IMF blog, the Fund continues to overwhelmingly advocate for regressive revenue-raising strategies, like drastic VAT hikes, which have adverse consequences on women and minority groups, and often fail to raise noteworthy revenue in informal economies (see BWP, The IMF, Gender Equality and VAT).

The Committee supported IMF efforts to enhance progress on fighting corruption and develop an ‘institutional view’ on social protection. Civil society organisations and economists have been vocal in setting out demands that challenge the IMF’s preference for targeted social protection over universalism (see Observer Spring 2018), and concerns around the impact of austerity achieving the Sustainable Development Goals (see Observer Winter 2017-2018).

As usual, the IMFC ended the communiqué with a commitment to strengthen efforts to meet 2020 diversity targets and “support promoting gender diversity in the Executive Board”, which is notably male-dominated, despite previous assurances this would be addressed (see Dispatch Annuals 2018).

Please find the attendance of the IMFC meeting and accompanying statements by the Minister of Finance of Germany, Treasury Secretary of the United States, Deputy Prime Minister of Japan, the Director General of the WTO, the UN Development Programme and the OECD here.