Global Unions statement to the 2018 Spring meetings of the IMF and World Bank Washington, 20-22 April 2018

Opinion: Jim Kim’s World Bank is a setup for the poor

Will rising international concern over a new debt crisis be matched by action? 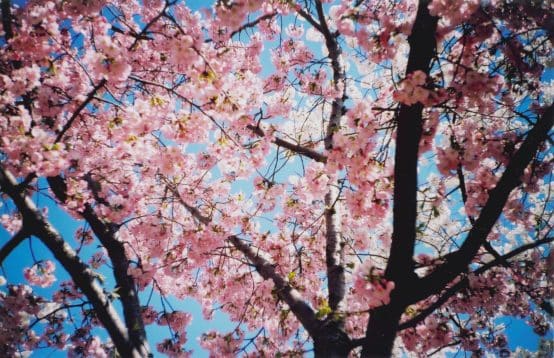 On the ten-year anniversary of the financial crisis, the World Bank and IMF have much to ponder ahead of the upcoming 2018 Spring Meetings, which will take place 20-22 April in Washington DC. Despite a tentative recovery from the crisis that has seen the Bank and Fund predict a second straight year of global growth, global trends pose regionalised risks in the short-term, and the possibility of medium-term risks to the global economy.

In a December interview with Quartz, IMF Managing Director Christine Lagarde admitted that improvements in advanced economies, resulting in rising interest rates, “could very well” trigger a debt crisis in some Sub-Saharan African nations in 2018. Similarly, the Bank warned in its January Global Economic Prospects report that financial markets were complacent about risks posed by rising interest rates. A March blog from Belgium-based civil society organisation (CSO) Eurodad noted that according to the IMF’s own analysis, “Forty per cent of LIDCs [low-income developing countries] are now deemed to be at high risk of or in debt distress, with the most dramatic increases in debt vulnerabilities … being seen in Sub-Saharan Africa,” raising questions about whether these debt crises will be matched by action. While the Spring Meetings’ official events include ‘Booms and Busts: Are We Better Able to Deal with Them Today?’ and ‘Debt and Growth: A Balancing Act’, CSOs remain concerned the Bank and Fund are not doing enough to avoid repeating the mistakes of the last financial crisis (see Observer Winter 2017-2018). These concerns are exacerbated by wider fears that current growth trends are contributing to increased inequality globally, as documented in the 2018 Global Inequality Report, and described succintly by the Global Unions Spring Meetings statement: “monetary tightening, inequality-inducing fiscal reforms, unilateral trade restrictions and attempts to roll back financial regulation could destabilize the world economy and harm the interests of working people.”

The role the Bank and Fund have played in contributing to this uneven growth has been evident in criticisms levelled at them in recent months. Protests linked to austerity policies backed by the Fund have erupted in Jordan, South Sudan and Tunisia (see Observer Spring 2018). While the Fund has recently expressed rhetorical support for tackling economic and gender inequality (see Observer Winter 2017-2018), disappointingly these topics hardly feature in the IMF Spring Meetings events schedule. Meanwhile, the Bank’s embrace of Wall Street and institutional investors via President Jim Yong Kim’s support of the G20’s efforts to crowd in the private sector through the implementation of the Bank’s Maximising Finance for Development (MFD) approach continues to concern civil society (see Observer Summer 2017). CSOs were also curious to find no meeting sessions dedicated to the ‘lessons learned’ from the roll-out of MFD in its nine pilot countries. The potential perils of privileging the private sector were highlighted by a recent UK National Audit Office report on public-private partnerships (PPPs), which probed the fiscal cost of PPPs, and a December report by Belgium-based CSO Counter Balance,  which stressed the social and environmental risks of the Bank’s push for mega-infrastructure projects. Indeed, Natalie Bridgeman Fields of US-based CSO Accountability Counsel argued in a February Devex op-ed that the Bank’s private-sector promotion, “will be a setup that harms the poor and vulnerable and widens the wealth and equity gap.”

[The World Bank’s private-sector promotion] will be a setup that harms the poor and vulnerable and widens the wealth and equity gap.Natalie Bridgeman Fields, Accountability Counsel

The proposed capital increase for the International Bank of Reconstruction and Development (IBRD, the Bank’s middle-income lending arm), the International Finance Corporation (IFC, the Bank’s private sector arm) and the Multilateral Investment Guarantee Agency (MIGA) is likely to be one of the key issues of the upcoming Spring Meetings. The capital increase became a flashpoint of the 2017 Annual Meetings in October, with US Treasury Secretary Steve Mnuchin appearing to put very strict conditions on US support for the measure, linked to limits on lending to middle-income countries (see Dispatch Annuals 2017). With the US-China trade row escalating on the eve of the meetings, larger geopolitical machinations could overshadow planned negotiations on the mooted increase. Meanwhile, in order for a ‘bigger and better’ World Bank to have the full support of civil society, a number of changes will have to be wrought, including a change in governance to allow equal voting power for borrowers, the development of a human rights policy to guide the Bank’s conceptualisation of development impact and a realignment of staff incentives. In short, many CSOs argue that significant structural issues, not a lack of capital, are the essential barriers to the Bank’s ability to meet its development mandate and come closer to becoming a model public development bank.

Last July, the IMF’s Independent Evaluation Office (IEO) published a critical report on the IMF’s work on social protection, which found that the IMF’s targeting approach did not “mesh well” with the universal human-rights based approach to social protection officially used by other international organisations, making the IMF the “odd man out” (see Observer Autumn 2017). In response, the IMF board agreed to establish a ‘strategic framework’ to guide future Fund work on social protection through a board-approved ‘institutional view’ by February 2019, with discussions on this set to continue at two events that are part of the Spring Meetings’ Civil Society Policy Forum (CSPF). Given the forthcoming report of the UN Special Rapporteur on Extreme Poverty to the Human Rights Council focusing on the IMF and social protection, all eyes will be on whether the IMF commits to adopting a universal rather than targeting approach to social protection.

#MeToo arrives at the World Bank

With concerns about gender-based violence (GBV) and sexual exploitation and abuse (SEA) proliferating through the development sector in recent months, the Bank has had to reckon with its own issues, both in terms of its project portfolio and its internal sexual abuse procedures. The Bank published a GBV Action Plan in November 2017, which sets new required standards for contractors in Bank-funded projects, while historical sexual abuse allegations within the Bank itself have also recently surfaced (see Observer Spring 2018). While the Bank’s Springs Meetings official events include an emphasis on ‘women’s empowerment’, including sessions on ‘Innovations in Addressing Gender-Based Violence’ and ‘Empowering Women for Peace’, civil society groups remain disappointed by the lack of recognition of the role the Bank plays in hindering progress toward gender equality through the macroeconomic impacts of its policies, which continues to be an underemphasised component of the Bank’s gender work.

Perhaps unsurprisingly given that many large shareholders link any proposed IBRD capital increase to a greater focus on programming in International Development Association (IDA, the Bank’s low-income lending arm) countries, including fragile and conflict-affected states (FCS), the Spring Meetings schedule is filled with sessions on the topic, including ‘The Security-Development Nexus’, a ‘Roundtable on State Fragility and Development’, and the above-mentioned ‘women’s empowerment’ events. It is hoped that the discussions will be at least partially guided by the March joint UN and World Bank Pathways for Peace (PfP) report which emphasises the complex nature and causes of violent conflict. The degree to which the Bank’s MFD approach (see Observer Summer 2017) is consistent with the careful analysis and approaches required in FCS and outlined in the PfP report will likely prove a point of debate. Scrutiny will also fall on the IMF’s programming in FCS after the release in April of the IEO’s report on the IMF’s work in fragile states, which noted that “FCS typically require long-term, patient modes of engagement that do not fit well with the IMF’s standard business model,” raising questions about whether the Fund will take the necessary steps to effectively engage in fragile contexts (see Observer Spring 2018). CSOs are also advocating that the IFC’s new development framework, Anticipated Impact Monitoring Mechanism (AIMM; see Observer Spring 2018), develop specific indicators for fragile states, including – for example – how proposed projects may affect the political economy of fragile political settlements.

The Bank and the climate crisis: despite initial progress, still much to do

Despite recent progress, which has seen the Bank announce that it will phase out finance for ‘upstream’ oil and gas after 2019, and that it will begin emissions tracking and applying a shadow carbon price to proposed projects from 2018, the increase of global greenhouse gas emissions in 2017 is a reminder that the Bank and other international actors have much to do to tackle the climate crisis (see Observer Spring 2018). CSOs are pushing the Bank to continue to build on recent announcements at the Spring Meetings, by committing to scale up its energy access finance as it divests from its ‘upstream’ funding, so that energy access accounts for 50 per cent of its energy investments, in line with the transition to low carbon infrastructure needed to meet global climate goals, as well as the universal energy access target of SDG 7.

Global Unions statement to the 2018 Spring meetings of the IMF and World Bank Washington, 20-22 April 2018

Opinion: Jim Kim’s World Bank is a setup for the poor

Will rising international concern over a new debt crisis be matched by action?