The promotion of Public-Private Partnerships – exporting a failed model? 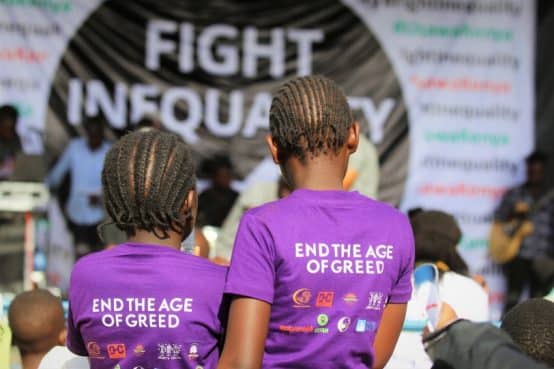 In June, the Fight Inequality Alliance held its fourth global gathering in Brazil, a country that has recently been subjected to Bank (see  Observer  Spring 2018) and Fund (see Observer Spring 2018) policies likely to exacerbate already extreme levels of wealth concentration. Alliance partners met in São Paulo to exchange ideas and strategies from partners involved in local, regional and international struggles against the global inequality crisis.

The Alliance brings together social movements, trade unions and NGOs, such as the Asian People’s Movement on Debt & Development and the Movimento dos Trabalhadores Rurais Sem Terra, Brazil, to take action against the “current shocking levels of inequality” and to “build a more equal and sustainable world” through a variety of means. For example, the Alliance held a Fight Inequality Week of Action, which took place under the theme ‘End the Age of Greed’ in parallel to the World Economic Forum held in Davos in January. The meeting in Brazil followed the launch in April of a Declaration from the first Pan-African alliance gathering in Arusha, Tanzania, in which signatories expressed outrage at the current level of inequality between and within countries and pledged to work in solidarity with African peoples everywhere.

Reducing inequality comprises one of the Bank’s twin goals adopted in 2013, by fostering “income growth of the bottom 40 percent of the population in each country.” The IMF has recently, if less formally, also acknowledged the potentially negative impacts of inequality, in a so-called ‘IMF Spring’ (see Observer Summer 2017).

From Argentina to Tunisia and Haiti, and beyond, people are saying enough to IFI policies and programmes that fuel the inequality crisis. Jenny Ricks, Fight Inequality Alliance

While much has been said about the change in the Fund’s rhetoric and some of its practices, as the UN Special Rapporteur on extreme poverty and human rights Philip Aston highlighted, “the Fund does too little in practice to ensure that the most vulnerable members of society are protected from the otherwise potentially devastating effects of the sudden fiscal consolidation it regularly prescribes” (see Observer Summer 2018). The Special Rapporteur’s criticism adds to critiques that highlight the negative impact of the Fund’s policies on gender equality (see BWP briefing The IMF and Gender Equality) and underscore the deleterious impact of the IMF’s policies on social protection in low-income countries (see Observer Summer 2017).

Concerns about the impact of Bank policies on inequality are wide-ranging. Civil society remains highly critical of the Bank’s approach to tax and regulations, as seen in its opposition to the Bank’s Doing Business Report (see Observer Winter 2017) and the Bank’s negative impact on inequality, given its continued push for public-private partnerships (see Observer Spring 2018; CSPF meeting minutes Spring 2018), its contribution to the privatisation of essential social services such as health and education, and its increasing reliance on the leveraging of private sector investment, as evidenced in its Maximising Finance for Development approach (see Observer Summer 2017). The Bank’s draft 2019 World Development Report on The Changing Nature of Work gives members of the Alliance and others concerned with the global inequality crisis additional cause for concern, as it advocates policies known to increase inequality, such as the weakening of labour unions and flexibilisation of labour markets (see Observer Summer 2018).

Following recent Alliance events, participants in Brazil turned their attention to the upcoming World Bank and IMF Annual Meetings to be held in Bali, Indonesia, from 8-14 October, where regional groups are preparing a series of activities. Jenny Ricks, of the Fight Inequality Alliance, noted that “at the annual meetings this year, people living on the frontlines of inequality will be making their voices heard. From Argentina to Tunisia and Haiti, and beyond, people are saying enough to IFI policies and programmes that fuel the inequality crisis. But Bali will also be a space where movements define the alternatives we need to create a just, equal and sustainable world – the solutions start with us.”

The planned actions in Bali follow the Alliance’s activities at the 2017 IMF and World Bank Annual Meetings in Washington, where it conducted a protest and released a statement representing 133 organisations demanding that the World Bank and IMF “stop fuelling the global inequality crisis” (see Dispatch Autumn 2017).

The promotion of Public-Private Partnerships – exporting a failed model?