IMF challenged to match inequality rhetoric with action, and a campaign against the World Bank’s promotion of PPPs: Annual Meetings round up, Maria Romero and Mark Perera 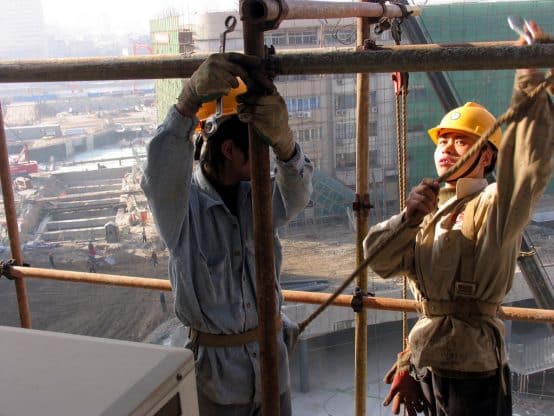 Two damning reports were released in January and March, exposing the scale of damage caused by public private partnerships (PPPs) in the UK and Europe. These reports add more weight to broader concerns around PPPs, not least in relation to the World Bank’s consistent promotion of them (see Observer Winter 2017).

Fears around the harmful consequences of PPPs substantially pre-date the new reports. Global civil society groups and coalitions have previously highlighted the risks posed by PPPs to public finances and human rights and detailed concerns at their tendency to erode democratic accountability.

During a Civil Society Policy Forum session at the World Bank and IMF’s Spring Meetings in April exploring the Bank’s promotion of PPPs, alarm was raised around the continued prominence of troubled PPPs projects. The event, entitled, Promotion of public-private partnerships – exporting a failed model?, used the negative experiences of PPPs in the Global North outlined by the two reports, and the fact that these had taken place in countries with relatively strong administrative capacity and resources, to call for a halt to the World Bank’s strategy of aggressively pushing PPPs in the Global South in a bid to compensate for the alleged development finance shortfall.

This event followed an open letter published in April with 84 signatories from three continents calling on World Bank executive directors to order a moratorium on World Bank support for PPPs, pending independent research on their costs and benefits. This follows an October 2017 PPP Manifesto signed by 152 civil society organisations (CSOs), which highlighted a series of concerns about PPPs, including  the macroeconomic dangers posed by hidden debts and contingent liabilities often found in PPP contracts.

NAO report and the missing billions

In January, the UK’s National Audit Office (NAO) launched a report on the rationale, costs and benefits of private finance initiatives, the UK’s PPP model, which totals over 700 operational contracts.

The report found that the cost of the PPP financing model in the UK could be up to 40 per cent greater than relying solely on public funds and that even if no new deals were entered in to, future charges will continue in to 2040s  amounting to around £199 billion, equivalent to UK health expenditure for the entirety of 2017. This follows a 2014 World Bank Independent Evaluation Group report finding that the public sector liabilities of PPPs are substantial and that while the World Bank has “supported countries to create an enabling environment for PPPs … advice on how to manage fiscal implications from PPPs is rarely given.”

Days before the report was launched, Carillion, a major UK company heavily involved in UK PPPs, declared insolvency. This reignited the debate on the future of PPPs and the UK’s role in exporting this failed model, and led to a report investigating the government’s handling of Carillion, revealing that the liquidation will cost the UK taxpayer around £148 million.

The negative impact of failed PPPs, as outlined in the NAO report, on an economy the size and diversity of the UK, added weight to CSO concerns about the potential negative impact of the World Bank’s PPP agenda in low-income countries.

European Court of Auditors report – where is our value for money?

In March, the European Court of Auditors (ECA) published a highly critical report entitled Public Private Partnerships in the EU: Widespread shortcomings and limited benefits. In line with the NAO’s findings, the ECA found that the audited PPPs “cannot be regarded as an economically viable option for delivering public infrastructure”, highlighting widespread shortcomings and limited benefits.

Areas such as a lack of value for money and decreased transparency were also exposed as risks of PPP arrangements. Opaque strategies, inadequate analyses and off-balance-sheet recordings were identified as creating uneven risk-sharing arrangements. In line with demands from civil society, the report recommended that the European Commission and the member states “do not promote a more intensive and widespread use of PPPs until the issues identified are addressed and [its] recommendations successfully implemented.”

IMF challenged to match inequality rhetoric with action, and a campaign against the World Bank’s promotion of PPPs: Annual Meetings round up, Maria Romero and Mark Perera