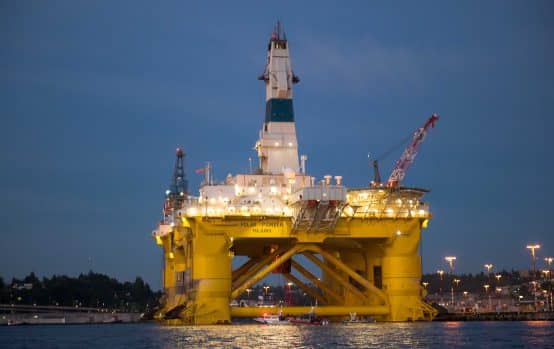 The World Bank Group’s board approved a $35 million development policy loan (DPL) to support offshore drilling in Guyana in late June, even as Guyanese civil society is challenging the legality of the petroleum production licences issued by their government to three oil companies.

The Bank’s DPL is paving the way for offshore drilling that will tap into major recently-discovered oil reserves off Guyana’s coast. According to Guyanese news source Stabroek News, the DPL will “support Guyana’s efforts to bolster financial sector development and fiscal management to better prepare the country to tap its newly discovered oil and gas reserves.”

Separate reports have suggested that, in addition to the recent DPL, the Bank is slated to fund a new government unit to help support offshore drilling in Guyana. According to a May article published in Guyanese media outlet Demerara Waves, “A World Bank-funded energy sector unit in the Ministry of Finance is expected to lay the groundwork for a number of major projects including piping natural gas from an offshore ExxonMobil oil well … for electricity generation.” The energy sector unit was established, according to Guyana’s Natural Resources Minister Raphael Trotman, “to allow Guyana to get an advance of US$1.7 million of the US$20 million loan” from the World Bank.

The Government has granted a petroleum production licence to three oil companies. Only one company has been issued with a permit by the Environmental Protection Agency. We believe this puts Guyana at riskFair Deal for Guyana campaign

The campaign has also raised concerns about the details of the deal signed between Guyana’s government and the three companies, with oil companies paying Guyana’s government ministers a signing bonus of $20 million, according to a report in news outlet the Guyana Times. The campaign added that, “The oil deal itself is scandalously low – the oil companies will pay no tax and the royalty is set at a derisory 2%.” There are also serious concerns about the environmental risks for Guyana and the wider Caribbean posed by deep-water oil production: According to the campaign, “Even without any accidents, the planned oil production will produce thousands of tonnes of gas, liquid and solid emissions including pouring 4,000 barrels of sewage every day into the sea and nearly 13,000 tonnes of solid waste to be deposited in land fill sites in Guyana.” On a more global scale, the campaign points out that offshore drilling would transform Guyana from a carbon sink to a source of carbon emissions, undermining the fight against climate change.

Although the Bank announced in December that it will phase out project lending for ‘upstream’ oil and gas after 2019 (see Observer Spring 2018), civil society groups have previously documented that it is supporting fossil fuels through its other lending instruments, including DPLs, which are fungible budget support given to countries. These often include ‘prior actions’ (i.e. specific conditions) required to release the funds; a 2017 report by Amsterdam-based civil society organisation Bank Information Centre Europe found that in Egypt, Indonesia, Peru and Mozambique, prior actions in DPLs aided the fossil fuel and extractive industries, serving as de facto fossil fuel subsidies. Civil society groups have called on the Bank to design appropriate environmental and social safeguards for DPLs, as the instrument is not covered by the Bank’s newly adopted Environmental and Social Framework (see Observer Summer 2018).