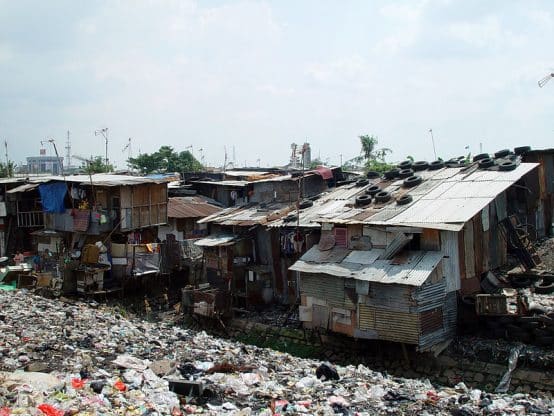 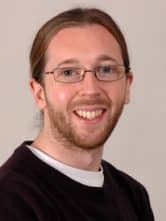 by Liam Clegg, University of York

This briefing explores the evolution of the World Bank’s approach to the provision of decent housing. In recent years, World Bank support for housing has come to centre on mortgage market expansion. This mode of financialisation is highly problematic, exposing as it does the tension between the organisation’s ‘bank-like’ and ‘development agency’ tendencies. In prioritising capital market expansion, the needs of the lowest income groups are not being effectively addressed through World Bank interventions.

The chronic shortage of decent housing remains a major global issue. According to UN-Habitat’s 2016 World Cities report, the number of people living without access to decent housing in ‘slum’ conditions has risen at a steady rate over recent decades. In 1990, the total was around 650 million. By 2000, this had grown to 760 million. By 2012, the figure was 863 million and is now estimated to total 1 billion.

World Bank lending has targeted this issue since the 1970s. The branching-out into urban development at that time represented an important manifestation of the expansion of the organisation’s agenda under World Bank President Robert McNamara. Addressing the inadequate housing conditions endured by lower-income groups in rapidly urbanising spaces was presented as a way of effectively operationalising the McNamara-led turn toward poverty reduction. However, the focus on the organisation’s housing lending has changed dramatically, with the target of interventions drifting upward, away from the lowest-income groups.

From ‘incremental housing’ to mortgage markets

John Turner’s urban studies work is commonly credited with shedding light on the process of ‘incremental housing.’ The term was coined to refer to a pattern of urban housing provision through which a plot of land to which no formal claim is held is occupied, a core unit is constructed through either self-build or the grey economy and, as and when resources become available, this unit is improved upon and expanded. This mode of provision remains common across expanding cities in the Global South.

When the World Bank stepped into lending for housing, operations were calibrated to support this type of incremental housing. From 1973-82, some $2 billion was channelled through around 50 projects across the Global South to supply infrastructure on which decent-standard incremental housing could be constructed. World Bank loans supported national agencies’ efforts to provide ‘serviced plots,’ preparing land for incremental housing with access to water and sewerage facilities. These plots were to be sold to the prospective householder, with micro-loan components sometimes being integrated into projects. An additional focus through this period was placed on improving the supply of materials and skills for incremental improvement and expansion of homes.

Outcomes from this first generation of lending for housing were variable. Two common shortcomings were identified in Bank reviews. First, relatively high specifications in project design meant that serviced plots were unaffordable to the lowest-income groups with the lowest quality housing. Second, problems with micro-loan repayment meant that Bank-supported interventions remained one-off rather than self-sustaining operations (see Observer Winter 2017-2018).

Through the second generation of lending for housing, significant changes to the Bank’s operational practice were seen. From 1983-92, the Bank’s focus moved to addressing the institutional weaknesses of national housing agencies that were thought to have hampered the performance of the first generation of projects. Projects became targeted at the sustainability of housing agencies’ financial flows, ensuring that where serviced plots and additional support for incremental builds were being supplied, costs would be recovered from users. Typically, this aim was supported through the introduction of loan schemes, targeting lower-income groups, to allow for the up-front cost of serviced plots and materials to be covered. $3.5 billion was lent for these purposes through this decade.

Outcomes from this second generation of lending for housing were also variable. As well as ongoing problems with loan collection by housing agencies, in some cases housing agencies were using resources to provide relatively high-specification housing for those on moderate incomes rather than channelling efforts toward the lowest-income groups. The early 1990s saw another major shift in Bank operational practice in lending for housing. The move toward mortgage market expansion resulted partly from frustration with national housing agencies’ performance and partly from internal dynamics at the Bank. The small cadre of internal World Bank urban planning specialists with an interest in incremental build had largely dissipated by the early 1990s, and departmental reorganisations saw responsibility for housing passing to the Finance, Private Sector Development and Infrastructure Network.

Under the influence of these dynamics, Bank lending for housing effectively ceased to engage with serviced plot provision after the early 1990s, and provided only marginal support for additional incremental build activities. From 1993-2012, around 50 projects and over $5 billion has gone toward mortgage market expansion. Less than $1 billion has gone toward support for incremental builds. The problem with this turn to mortgage markets is that, as the World Bank itself acknowledges, across the Global South lower-income groups are often locked out from the formal financial system. The proportion of the population with access to housing finance within the formal financial system is slimmer still. In Sub-Saharan Africa, for example, it has been estimated that around 3 per cent of households have access to mortgages from the formal financial system. A recent survey by the Inter-American Development Bank found that in major urban centres across Latin America and the Caribbean, the proportion of families that lacked the savings or the access to credit from the financial system necessary to buy a house reached up to 80 per cent. While project documents typically contain commitments to expand access to lower-income groups and can include small housing micro-credit components, in a very real sense the World Bank is mortgaging development in its contemporary housing operations.

This dynamic calls into question the efficacy of the current ‘Mobilising Financing for Development‘ paradigm, which has recently gained traction within and beyond the World Bank. A core goal of the financing for development approach is to ‘crowd-in’ private finance; to use ‘billions’ of public resources to attract ‘trillions’ of private investment (see Observer Summer 2017). The evolution of the Bank’s approach to housing demonstrates the potential pitfalls in this approach; where low-income groups lack access to the formal housing finance system, they will not benefit from nor be crowded-into private flows that follow from Bank-supported interventions.

The Mexican story: A microcosm of the shift away from the poorest

World Bank lending for housing in Mexico commenced in the late-1970s. The project was designed to ameliorate a housing crisis that had been generated by an earlier World Bank industrial investment. This project saw the construction of a steel processing plant on the outskirts of Lázaro Cárdenas, which at the time was a relatively small town mid-way down Mexico’s Pacific seaboard. Around 7,000 workers were involved in plant construction, and around 4,000 were required to support the plant’s ongoing operation. The inadequate urban planning and preparation saw the influx of workers being accompanied by an expansion of low-quality housing, built with temporary materials and with minimal effective utilities infrastructure.

To address what Bank documents referred to as a ‘chaotic urban environment,’ a large loan was signed-off to support serviced plot provision and additional incremental build, to be facilitated by a micro-loan facility. While substantial improvements were generated, the project was beset by irregularities in the reported use of resources. A later field visit noted that several aspects of physical infrastructure that had been mentioned by the relevant Mexican authorities in their contributions to project evaluations simply did not exist. One component – a one-storey, red brick commercial centre designed to supply the needs of the expanded urban population – did exist, but had been financed through another source. A Google-image search reveals that this one-storey, red brick commercial centre is now being used as a branch of a major multi-national financial institution.

Over the years, the World Bank entered into 17 housing-focused loans with the Mexican government. As is the case across the Bank’s portfolio, there is significant variation in outcomes achieved. It is instructive to fast-forward to the series of three ‘Affordable Housing and Urban Poverty’ loans agreed between the Bank and the Mexican government from 2004-07. These three loans contained many components, but two aims predominated. First, the loans aimed to support the creation of a subsidy scheme to expand mortgage market access, with borrowers being supplied with credit to be used toward a mortgage deposit. Second, the loans contributed to the formation of Sociedad Hipotecaria Federal (SHF), an agency designed to purchase mortgages from originators and sell-on as Mortgage Backed Securities (MBS), thereby channelling finance from secondary sources into the Mexican mortgage system. Through the mid-2000s, SHF issued around $3 billion of MBS yearly.

The shortcomings of these loans can be illustrated if we return to the one-storey, red brick commercial centre in Lázaro Cárdenas that now hosts a branch of a major multi-national financial institution. In short, with the help of Bank-supported subsidies in particular, the ability of those on moderate and higher incomes to walk through the door of this bank and secure access to housing finance has, at the margins, been expanded. However, those on lower incomes are unlikely to be entering the building to access housing finance, with their capacity to access decent housing remaining largely unchanged. There is a wider question regarding the contribution of the World Bank loans to the emergence of a housing bubble particularly in Mexico City, which, through 2013, saw defaults from major Mexican construction companies as developments failed to sell, and rising rates of home abandonment and repossession as the market stalled.

It is notable that a 2010 Independent Evaluation Group (IEG) assessment suggested that, through these 2004-07 loans, the poverty reduction-side of the organisation’s mandate receded too far into the background. It concluded that, “Evidence assembled for this evaluation does not point to the DPLs making housing assets more affordable and accessible to moderate income families, as intended… These were major shortcomings for a program for which benefiting lower income families was a cornerstone.”’

The costs of prioritising the finance side of a development bank

It is not uncommon for the World Bank to face external criticism along these lines. Many others have said, and continue to say, that the organisation is getting the balance wrong between being ‘bank-like’, by lending large volumes for projects that generate a predictable rate of return, and being ‘development agency-like’, by ensuring that the needs of the poorest are effectively addressed. The IEG evaluation provides a potent additional voice of critique in this regard.

Under the influence of several factors, Bank housing lending has evolved from support for incremental housing targeted at lower-income groups, to support for mortgage market expansion from which lower-income groups are effectively frozen-out. There are emerging practices in relation to World Bank water and sanitation lending that have the potential to off-set this mortgaging of development. Low-income groups are least likely to have access to utilities infrastructure, so the Bank’s commitment to delivering improvements to ‘non-network’ faecal management and water supply stands to benefit particularly this section of the population. It is of vital importance that critical voices, both inside and outside the Bank, push hard to ensure that the needs of lowest income groups are prioritised in this and other areas of World Bank operations.

By Liam Clegg, University of York