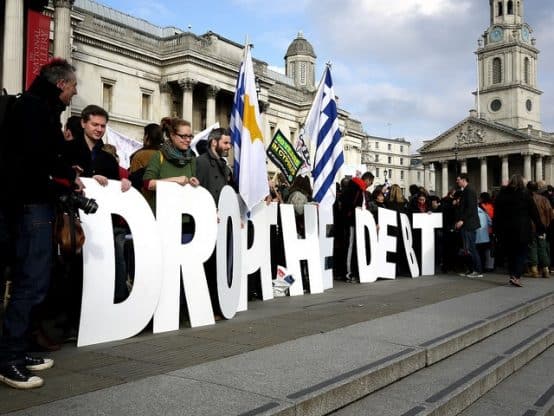 In August, Greece exited its eight-year programme of loans from the ‘Troika’ (the IMF, European Commission and European Central Bank) (see Observer Winter 2017). Following the approved extension of loans related to the second programme of the European Financial Stability Facility in June – creating interest deferrals, and offering €15 billion in fresh loans – European leaders labelled Greece’s bailout exit as the end of the crisis. Despite the IMF not participating in the latest bailout programme and calling for debt relief, the President of the European Council Donald Tusk tweeted, “Congratulations to Greece and its people on ending the programme of financial assistance. With huge efforts and European solidarity you seized the day.”

Considering the impact of the Greek loan programmes, former Greek Finance Minister Yanis Varoufakis stated in an August article in The Guardian, “In summary, after having bailed out French and German banks at the expense of Europe’s poorest citizens, and after having turned Greece into a debtor’s prison, last week Greece’s creditors decided to declare victory. Having put Greece into a coma, they made it permanent and declared its ‘stability’.”

Analysing the impact of the Troika programme on Greek health outcomes, a July study at the University of Washington revealed that, “while the country’s overall death rate rose by about 5.6 percent from 2000 to 2010, it jumped by about 17.7 percent in the six years that followed, after austerity measures were imposed. The rate rose three times faster than the rate in Western Europe overall, and came at a time when mortality rates were actually declining worldwide.”

Having put Greece into a coma, they made it permanent and declared its ‘stability’: they pushed our people off a cliff and celebrated their bounce off the hard rock of a great depression as proof of ‘recovery’.Yanis Varoufakis, academic and former Greek finance minister

Co-author Dr Georgios Kotsakis stressed that, “In Greece, signals of population changes as well as health system and social security system inefficiencies were evident in the years preceding the economic crisis”, adding that, “these existing factors led to substantial acceleration of health loss following the implementation of the austerity measures with a 5-fold increase in the annualized rate of change in total mortality from 2010 to 2016 as compared to 2000 to 2010.”

On the occasion of the end of the programme, the Committee for the Abolition of Illegitimate Debt published a critique of its political, democratic and economic consequences. The report stressed that, “the Greek crisis was actually a crisis of private debt, not a crisis of public debt.” In addition it emphasised that the Troika’s programme was established under pressure principally from France and Germany to rescue their domestic banks and underscored that IMF participation took place despite the opposition of shareholders from the Global South (see Observer Summer 2015). Other civil society organisations have also cast doubt on the success of the deal, arguing instead that the new Eurogroup package is little more than debt re-profiling that will kick the can down the road again (see Observer Spring 2018).