Low wages in Asean due to low productivity? Open letter to World Bank VP for East Asia and Pacific 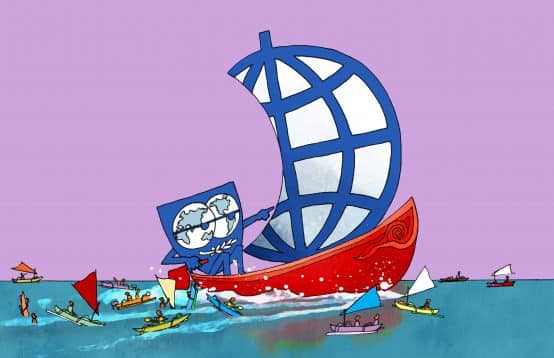 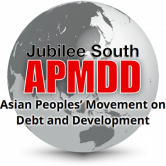 by Asian Peoples' Movement on Debt and Development

Asia continues to draw attention as the “most important engine of global growth,” according to IMF Managing Director Christine Lagarde. Yet, as growth on the continent intensifies, countries are also experiencing deepening income and wealth inequality. Income disparities in 11 economies – about four-fifths of the region’s population – are widening, and while inequality gaps within countries are closing elsewhere, they have been growing in Asia. By the World Bank’s own account, “inequality in Indonesia has reached historically high levels,” with the wealthiest 10 per cent consuming as much as the poorest 54 per cent in 2014, which is an increase from 42 per cent in 2002.

Inequality, however, is not a recent phenomenon. In contexts of already sharp inequalities in the 1980s, the World Bank and the IMF extended loan packages with stringent repayment conditions that compelled borrowing countries to align their economic policies with market-based approaches. Deeply encroaching on national economic policy, structural adjustment programmes (SAPs) called for the unfettered cross-border flow of goods, services and capital, privatisation of state facilities, broad-based taxes and social spending cuts as part of austerity measures.

SAPs failed to attain their avowed aims of increasing industrial capacity and competitiveness, among others. Much-touted export growth was found very narrowly based on resource extraction and cheap labour, and was eventually eroded by deteriorating terms of trade and costlier imports. Trade and current account deficits swelled as this extractivist model was imposed, aggravating the external debt situation that the international financial institutions (IFIs) sought to solve in the first place with SAPs.

One is reminded of the emperor insisting he is wearing new clothes, as the IFIs essentially pursue the same neoliberal path that brought us to where we are now

Domestic production deteriorated and triggered lay-offs and closures of local business enterprises. In Bangladesh, the rapid removal of tariffs, “opened a floodgate of imports from better-financed transnational corporations.” Import-substituting industries such as cotton and sugar waned, as industry-led employment substantially shrunk, especially in manufacturing. In the Philippines, a formerly booming garments sector contracted as cheaper goods flooded the global market, leading to a fall in export demand. SAPs’ promotion of market flexibility and wage caps dealt harsh blows to labour rights. In addition to promoting wage stagnation, they impeded the protection of collective bargaining and freedom of association rights. Labour flexibilisation brought greater job insecurity, especially for women who were already marginalised in insecure, low-paid employment. Thus, even without specific reference to labour conditions, SAPs “[represented] a substantial shift in the political balance of power between organized labour and business in recipient countries, as labour groups [lost] influence to the benefit of capital,” according to research in the journal International Union Rights. The persistence of the IFIs’ support for labour market flexibilisation is most recently evidenced by the World Bank’s draft 2019 World Development Report on the changing nature of work, which has attracted much criticism (see Observer Summer 2018).

The biggest winners of these policies, then and now, are wealthy, politically well-placed elites and multinational corporations. As these issues manifest in more contemporary accounts of inequality, they highlight the persistently adverse outcomes of neoliberal policy on the working poor. A third of the region’s workers still remain below the international poverty threshold of $1.90 per day in purchasing power parity. Wage workers were paid only $73 per month in Nepal in 2008, $119 in Pakistan in 2013 and $121 in Cambodia in 2012. For Southeast Asia, wage growth has been noted by the International Labour Organization as even slower than in South Asia and East Asia.

Many women in poorly remunerated, insecure employment are among the most adversely affected by regressive taxes such as Value Added Tax (VAT) (see Bretton Woods Project briefing, The IMF, Gender Equality and VAT). Bangladesh, the Philippines and other developing countries enacted VAT laws as part of loan agreements with IFIs. Still commonplace today, tax-related conditionalities in loan agreements, including implementing or raising VAT, rose tenfold globally between 2006 and 2010.

In any crisis, those without the means and support to survive external shocks suffer the harshest consequences. Many Asian developing countries, including recipients of IFI lending, are also marked by inadequately financed, badly equipped and understaffed public health systems. In 2010, Asia had the largest concentration of people with “catastrophic health spending” (i.e. exceeding a household’s ability to pay) and the highest rate of “impoverishing health spending” or cutting back on other essentials due to an adverse health event.

The climate crisis also clearly illustrates how risks are multiplied by inequalities of income, access and opportunity. Six of the 10 most climate-threatened countries are in Asia. In these countries and other developing regions, mortality rates from climate disasters are four-to-five times higher than in developed countries. Millions of those supposedly lifted by growth over the last two decades are being pulled back into poverty, yet the IFIs continue to invest in climate-threatening fossil fuels. The International Finance Corporation (the  private sector  arm of the World Bank) for example, is currently the subject of a complaint submitted by the Philippine Movement for Climate Justice before the IFC Compliance Advisor Ombudsman for allegedly helping to finance 19 active or proposed coal-fired power plants through investment in financial intermediaries in the Philippines (see Observer Winter 2017-18).

Privatisation, a key pillar of SAPs, has recently been met with growing rejection, as demonstrated by the success of Indonesian civil society in reclaiming water services from the privatised set-up imposed as a loan condition in the 1990s (see Observer Autumn 2018). Yet, this policy advice persists, together with social spending cuts, wage ceilings, reduction of employers’ social contributions, poverty targeting rather than universal social protection, and regressive instead of sharply progressive taxation. The more unorthodox views of some IMF staff reports, such as increasing public investments, a higher wealth tax and charging a financial transactions tax, do not seem to have made a dent on policy statements, much less actual policy. Without a shift away from fiscal neoliberalism, this “hybridisation” in IFI thinking can be no more than part of the efforts to save their diminishing legitimacy and relevance.

The dismissive remarks of top IFI officials such as those of Lagarde that “we don’t do that [conditionality] anymore” only bares what lies behind their pronouncements of change and reform. One is reminded of the emperor insisting he is wearing new clothes, as the IFIs essentially pursue the same neoliberal path that brought us to where we are now – in an inequality trap that stretches across generations, past and present.

A just framing of this narrative is urgently required – one that holds the IFIs, complicit states and elites accountable for their key roles in deepening inequality and is grounded in lived experiences of poverty and deprivation. But more importantly, this alternative narrative should be a hopeful one: a clarion call for transformative actions to end inequality and injustice in all its forms is required. From the waves of opposition by those in the North and the recent protests in the Middle East, to the resistance movements in Asia that will intensify beyond the 2018 Annual Meetings, that narrative is already being written by the peoples of the South.

Low wages in Asean due to low productivity? Open letter to World Bank VP for East Asia and Pacific