The Effects of Intervention by the IMF on Women in Ukraine

Ukraine: memorandum of cooperation with IMF being finalized by ministries 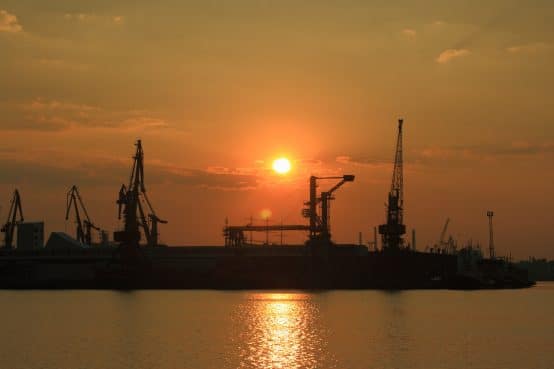 In September, IMF staff visited Ukraine to discuss the next tranche of its $17.5 billion loan programme, first approved in March 2014 (see Observer Spring 2014, Spring 2015, Winter 2016). As no funds have been received from the IMF since April 2017 and Ukraine’s debt obligations are expected to peak between 2018-2020, “alarm bells” have started ringing about Ukraine’s ability to meet rigid IMF conditionality and service its growing debt, according to news agency Reuters.

The negotiations have been put under increased pressure since the Ukrainian government extended its special obligations for its national oil company Naftogaz in August. This would require it to sell gas to intermediaries at reduced prices, thereby further delaying meeting IMF conditionality under its current loan programme to increase gas prices, according to Ukrainian UA|TV. With an election due to take place next year and IMF-mandated fuel price hikes facing strong public opposition, the recent experiences of protests against IMF-demanded policies in Jordan, Haiti and elsewhere highlight the government’s delicate position (see Observer Summer 2018).

The current loan programme has already decreased energy consumption in Ukraine by 30 per cent, significantly diminishing living standards across the country, as reported by women’s rights organisations to the UN Human Rights Council in May last year (see Observer Summer 2017). Considering that one third of IMF arrangements between 2006 and 2015 contained structural conditionality pertaining to energy price subsidies, in his most recent report on the IMF, the UN special rapporteur on extreme poverty and human rights, Philip Alston, called on the IMF to “embrace a politically and socially sustainable social protection policy” to address the harmful impacts of energy subsidy reforms, rather than see this “largely as a question of marketing”, by emphasising “communication strategies, sequencing and ‘depoliticization’ as solutions” (see Observer Summer 2018).

The IMF casts corruption as a pathology exclusively of the public sectorNick Hildyard, The Corner House

While IMF Managing Director Christine Lagarde kept up pressure to increase energy prices by calling the subsidy reforms “critical to allow the completion of the pending review under Ukraine’s IMF-supported program” in a July statement, she also commended Ukraine for adopting the law on the High Anti-Corruption Court. The adoption of the law was another high-profile loan conditionality, that the Fund claimed, “will contribute to delivering the accountability and justice that the people of Ukraine demand of their public officials.” Its adoption was preceded by the fulfilment of another IMF loan condition; namely that the government pass a law aimed at speeding up the privatisation of more than 3,000 state-owned companies, which was adopted by Ukrainian lawmakers in January according to Reuters.

In a statement following his visit to Ukraine in May, the UN independent expert on foreign debt and human rights, Juan Pablo Bohoslavsky, speaking about IMF loan conditions relating to corruption, underlined that, “fighting corruption requires a holistic approach which covers not only investigations and sanctions but also a proper regulation to minimise the economic incentives to become corrupt”. He went on to say that “most of my interlocutors seem to share the perspective that moving from over-regulation to deregulation would undoubtedly foster economic growth and prevent corruption. However, I disagree with this view. Comparative experiences show that private actors require effective regulation also, in particular to ensure human rights compliance.” He continued, “This is only achievable with robust legislation and independent public institutions that prevent market abuses, ensure the rule of law and tackle economic and social inequality in order to promote inclusive sustainable growth.”

In April, the IMF unveiled a new framework for “enhanced” engagement on corruption and governance issues, prompting London-based NGO Transparency International to call on the IMF to consistently address spill-over risks of gaps in anti-money laundering frameworks. The IMF and World Bank’s ‘good governance agendas’ have long been criticised for missing the significant role their own policies play in growing global corruption by pushing rapid privatisation of public enterprises, thus eroding state capacity for good governance (see Update 18). Nick Hildyard with London-based civil society organisation The Corner House commented that, “The IMF casts corruption as a pathology exclusively of the public sector. The definition thus renders ‘uncorrupt’ (and legal) a range of corrupting (or potentially corrupting) forms of power mongering – not least those fermented by the IMF’s own privatisation programmes.”

The Effects of Intervention by the IMF on Women in Ukraine

Ukraine: memorandum of cooperation with IMF being finalized by ministries