Coming out of the dark: Is the IFC investing in a fossil free future?

Is the World Bank moving fast enough on climate change?

Powering the transition: World Bank and other IFI energy lending in Asia 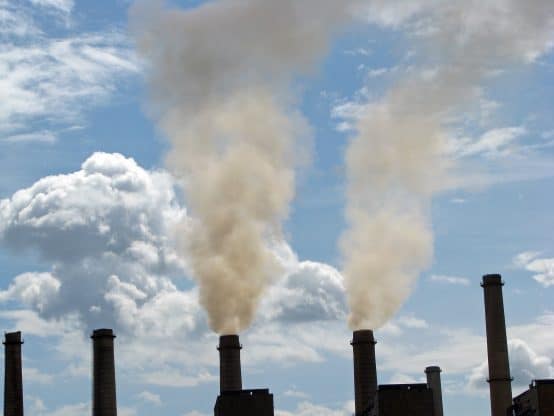 At the World Bank and IMF Annual Meetings in Bali in October, the Bank signaled that it would further limit its future coal finance portfolio, introducing a new policy that will encourage divestment from coal in financial intermediaries (i.e. commercial banks and asset funds) that are clients of the International Finance Corporation (IFC, the Bank’s private sector arm). The Bank also formally announced that a coal-fired power plant in Kosovo, which it had previously considered funding, was now ‘off the table’ (see Observer Autumn 2018).

The Annual Meetings took place in the wake of a new report published by the Intergovernmental Panel on Climate Change in early October, which warned that governments have just 12 years to reduce global greenhouse (GHG) emissions by 45 per cent to avert irreversible global warming and limit global average temperature rise to 1.5°C. Countries’ current Nationally Determined Contributions to the Paris Climate Agreement (NDCs) put the global climate on a 3°C warming trajectory, meaning countries will have to drastically scale up their ambition in order to meet global climate goals.

The Bank announced its post-2020 climate goals in Katowice, Poland, at the 24th Conference of the Parties to the United Nations Framework Convention on Climate Change (COP24) on 3 December (as the Bretton Woods Observer went to press). Despite committing to provide $200 billion in climate finance between 2021-2025 – including $67 billion in finance leveraged from the private sector – and increasing the scope of the Bank’s support for climate action in countries’ national plans and in specific sectors, the goals don’t include any further restrictions on the Bank’s fossil fuel-related finance. Civil society organisations (CSOs) had previously called on the Bank to fully align itself with the Paris Agreement by committing to develop a GHG emissions target for its lending and operations, among other measures.

The IFC will need to require full disclosure by its clients of their exposure to coal and other environmentally and socially risky projects so that civil society can monitor the speed and extent to which these banks are actually getting greenerDavid Pred, Inclusive Development International

On the eve of the meetings in Bali, IFC CEO Philippe Le Houérou announced a new ‘green equity approach’ to IFC’s investments in financial intermediaries (FI) in a blog published on development news website Devex. Le Houérou wrote, “I want to develop a green equity investment approach, working with financial intermediaries that formally commit upfront to reduce or, in some cases, exit all coal investments over a defined period.” Le Houérou also claimed that over the past two years the IFC has ring-fenced 95 per cent of its FI lending for specific activities, effectively introducing a coal exclusion in these cases.

While welcoming the announcement, CSOs called for robust implementation. “The IFC will need to require full disclosure by its clients of their exposure to coal and other environmentally and socially risky projects so that civil society can monitor the speed and extent to which these banks are actually getting greener,” said David Pred of US-based CSO Inclusive Development International, in a press release following the announcement.

During a CSO town hall event at the Annual Meetings, Bank President Jim Yong Kim also announced that the Bank would not co-finance a proposed Kosovo coal power plant, a controversial project that had been a mooted exception to its 2013 moratorium on coal project finance (see Observer Autumn 2018). Kim said, “We have made a very firm decision not to go forward with the coal power plant, because we’re required by our bylaws to go with the lowest-cost option, and renewables have now come below the cost of coal.”

The Bank succeeded in increasing its ‘climate-related investments’ to 32 per cent of its portfolio in fiscal year 2018 (FY18) – marking a significant increase from a baseline of 18 per cent in FY15.

However, despite recent progress, the Bank still has significant fossil fuel investments in its portfolio (see Observer Spring 2018). A study released  by Oxfam International in October showed that the Bank continued to fund more fossil fuel projects than green ones across ten ‘climate vulnerable countries’ in Asia between FY16-18. Meanwhile, a co-authored study from Bank Information Center Europe & SOMO highlighted that in the last two years the IFC’s FI clients have continued to back large-scale fossil fuel projects including oil and gas, and coal-related projects in Myanmar and India.

CSOs have also pointed out that the Bank’s new coal-related announcements do little to address its legacy of past coal investments. In the Philippines, a complaint filed with the IFC’s independent accountability mechanism – the Compliance Advisor Ombudsman (CAO) – accused the IFC of helping to finance 19 new coal-fired power plants through investments in two financial intermediaries (see Observer Winter 2017-2018) – a case which the CAO is currently assessing. Previously, research by Inclusive Development International found that IFC loans were linked to the construction of at least 41 coal plants in developing countries between 2013 and 2016 (see Observer Winter 2017). “The IFC should atone for the negative impacts of its past decisions, as a matter of social responsibility and justice,” said Bibiano Rivera, of the Philippines Movement for Climate Justice. CSOs have called for IFC to ensure that harms caused by existing coal projects supported via FI clients are remedied and local communities receive adequate redress.

Coming out of the dark: Is the IFC investing in a fossil free future?

Is the World Bank moving fast enough on climate change?

Powering the transition: World Bank and other IFI energy lending in Asia