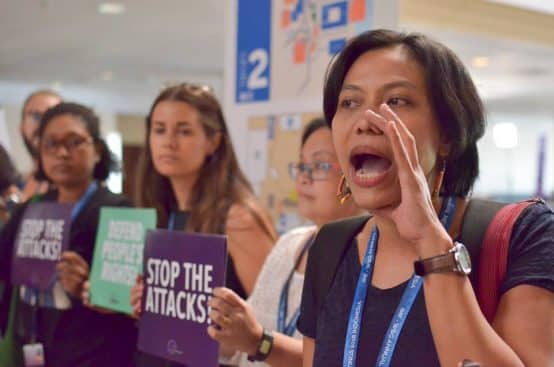 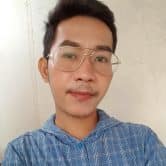 Through decades of collective action, civil society has made headway in making governments, donor agencies, and multilateral platforms commit to conceding some space for civil society organisations (CSOs) to articulate the perspectives and demands of their constituencies in policy dialogues. United Nations agencies, global and regional forums, international financial institutions and multilateral development banks have introduced various ‘CSO engagement mechanisms’ to prove their transparency, accountability, and effectiveness.

Such gestures, however, have been overshadowed by the increased stifling of movements and organisations, as recently demonstrated by the clampdown on dissent during the 2018 Annual Meetings of the IMF and World Bank, which took place in Bali, Indonesia, in October. While the red carpet was rolled out for high-ranking state officials and big business interests in Nusa Dua, social movements and CSOs were subjected to blatant violations of their rights to free expression and assembly by the government of Indonesia for attempting to participate in independently organised side events.

Outside the Bank and Fund spaces, government-sponsored repression descended on the Peoples’ Global Conference against IMF-World Bank (PGC), an independent initiative of 34 Indonesian and international social movements and non-governmental organisations. The PGC represented grassroots communities and sectors that have been excluded from the development process in their respective countries and have suffered from rights violations associated with the policies and programmes of the IMF and World Bank (see Observer Autumn 2017, Autumn 2018).

We call on peoples’ movements everywhere to forge solidarities, push back attacks on fundamental human rights, and carve their own democratic spaces of engagement and resistance in the face of adversity and repression

A week before the PGC was scheduled to begin, the Bali Intelligence Police denied the local organisers a permit for the conference scheduled at the Radio Republik Indonesia. The organisers were told by hotel establishments that the police had instructed them to refuse services to the PGC. Anonymous numbers blasted a series of text messages maligning the PGC as “anti-development” and threatening the lives and security of coordinators. Hoax event posters were seen around Bali, linking the PGC to outlawed radical Islamic organisations, such as Hizb ut-Tahrir, seemingly to justify the escalation of violence against the conference and its organisers.

Meanwhile, the national police insisted on a new set of ludicrous requirements, such as copies of passports and the itineraries of PGC’s international delegates, as well as details of the conference’s programme. This harassment soon morphed into physical violence against organising members of the PGC. In the early morning of October 11, a local militia attacked the Bali Legal Aid office in Denpasar and chased away PGC youth volunteers staying there. Intelligence personnel were also seen around the hotels where PGC delegates were staying, taking their pictures and videos without consent.

A win for resilient peoples’ movements

While the Indonesian government succeeded in disrupting the event, the PGC earned the recognition as the people’s alternative forum to the official IMF-WBG meetings. With good flexibility, creativity, quick wit, and firm political resolve, the PGC broke the imposed silence in Bali.

Civil society groups at the Bali International Convention Center (BICC) – the official Annual Meetings venue – held a lightning rally to denounce Indonesia for attacking the PGC and shutting down public activities. The rally exposed the pretence of hospitality, openness, tolerance, and good governance peddled by the Indonesian Government with complicity of the IMF and World Bank.

Seemingly to avoid embarrassment, Bank and IMF staff and the Indonesian police swiftly herded the protesters into a holding room and offered to host the PGC, all expenses paid. Meanwhile, outside the negotiation room, security personnel armed with guns peeping out of their Batik shirts harassed the demonstrators and denied entry to six West Papuans seeking to register at the official Civil Society Policy Forum. Despite these apparent attempts to co-opt the event’s independence, the PGC organisers stood firm and continued.

Upon regrouping, PGC organisers and participants jointly decided to proceed with the activities, albeit scaled down and decentralised to avoid further police sabotage. At least 250 individuals attended discussions, workshops, and solidarity actions held in different venues around Bali. PGC statements and mass actions were extensively covered by both local and international media. Civil society, peoples’ movements, and individuals across the globe expressed their support for the PGC. Towards the end of the week, the PGC issued a declaration calling on organisations to build a strong peoples’ front to contest international financial institutions in every arena of struggle.

Another low for global governance diplomacy

Infringement of civil liberties and freedoms by a host country during an international meeting is not unprecedented. Complete bans on protests were imposed during the IMF and World Bank Annual Meetings in Dubai in 2003, as well as the 2006 Annual Meetings in Singapore. Last year, the Argentine government revoked the accreditation of 63 civil society members a few days prior to the 11th World Trade Organisation Ministerial meetings in Buenos Aires. The extreme actions undertaken by the Indonesian government bring global governance diplomacy to another low and reinforces a worrying precedent for all future international meetings.

This year marks the 20th Anniversary of the UN Declaration on Human Rights defenders. Ironically, harassment, criminalisation, enforced disappearances, and at times, killings of frontline defenders are on the rise. Multilateral institutions and organisations ostensibly acknowledge the importance of civic participation and social accountability in development and have promised to advance civil society inclusion and empowerment. By failing to prevent reprisals against defenders, the IMF and particularly the World Bank in relation to its projects, have not only failed to uphold their human rights obligations, but also significantly contributed in fostering a climate of intimidation that dissuades civil society organisations from exercising their role as development actors (see Observer Spring 2016, Winter 2018).

The 2021 Annual Meetings of the IMF and World Bank will be in Marrakech, Morocco. In light of the current global democratic deficit, global civil society should press the IMF and World Bank and the future host country to honour their legal commitments to respect peoples’ rights to organise and mobilise, including through independent conferences and protest actions, and concretely demonstrate ways to allow the exercise of such rights without fear of reprisals. We call on peoples’ movements everywhere to forge solidarities, push back attacks on fundamental human rights and carve their own democratic spaces of engagement and resistance in the face of adversity and repression.

by Ivan Phell Enrile, Asia Pacific Research Network (APRN) and the People Over Profit campaign. Enrile, representing APRN, was part of the international coordinating committee of the Peoples’ Global Conference against IMF-World Bank and is speaking from his direct experiences.