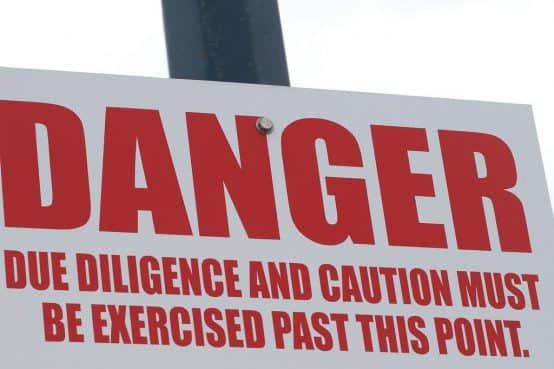 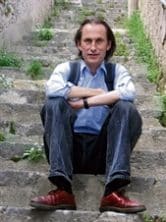 by Nicholas Hildyard, The Corner House

Serious concerns about the World Bank's due diligence process have surfaced after IFC invested a quarter of a billion dollars in Seven Energy, an oil and gas company operating in Nigeria. Several Seven Energy officials associated with the company’s flagship contract are now either charged with money laundering or on the run and facing allegations of large-scale corruption.

Here’s a question: If you were entrusted with $325 million of public money, would you invest it in a company whose flagship contract involved operating a scheme that was allegedly designed to loot billions of dollars from state oil revenues? Would it make a difference to your decision if these allegations had been made by the state’s head banker, the governor of its central bank?

And here’s another question: If you decided to invest, would you withdraw your investment if 10 per cent of your company’s shares were later listed in a worldwide freezing order as assets that had been obtained through the illegal diversion of oil revenues, for the benefit of the country’s then oil minister and her cronies?

Far from avoiding unwarranted risk, the IFC’s “comprehensive due diligence” has led to a situation where the Bank is a major shareholder in a company that is alleged to be partly owned by two suspected criminals who are said to have laundered stolen oil funds through the company.

If your answers are “Yes”, “Yes” and “No”, then your prospects of getting a job at the World Bank’s International Finance Corporation (IFC, the Bank’s private investment arm) or the World Bank’s Multilateral Investment Guarantee Agency (MIGA) are looking good, as an October report by Corner House, Global Witness, HEDA and ReCommon explains.

This is not a hypothetical example: between 2014 and 2016, both the IFC and MIGA made investment calls that chimed exactly with these decisions, investing almost a quarter of a billion dollars in Seven Energy, an oil and gas company operating in Nigeria. According to the IFC, the investments constituted its “largest equity financing in the oil and gas sector in Africa.” On 1 May 2014, the IFC committed $75 million to an equity investment in Seven Energy International Limited (SEIL, or Seven Energy). Registered in Mauritius, Seven Energy operates in Nigeria through subsidiaries, one of which is Septa Energy Nigeria Limited (Septa). Clock the name – it will feature prominently in what follows – and also note that the IFC was fully aware of the existence of Septa at the time of its investment; indeed, the project’s summary specifically stated that, “within Nigeria, [Seven Energy] operates and trades as ‘Septa Energy’.” Septa has since been renamed Seven Exploration and Production Limited.

A further investment of $30 million was made in Seven Energy at the same time through the IFC African, Latin American and Caribbean Fund, which is managed by the IFC’s Asset Management Company. A few months later, in October 2014, the IFC provided yet more funds through an anchor investment, designed to shore up investor confidence, of up to $50 million in Seven Energy’s inaugural bond issue. In September 2015 MIGA provided a $200 million guarantee for an investment in Accugas Limited, a wholly-owned subsidiary of Seven Energy.

The Governor speaks out

In September 2013, seven months before the IFC made its first investment in Seven Energy, Lamido Sanusi, the Governor of the Central Bank of Nigeria, reported in a letter to Nigeria’s president that some $20 billion of dollars in oil revenue had been diverted from the government’s central bank account “in gross violation of the law”. Twenty billion dollars is over ten times Nigeria’s 2014 annual health budget.

Sanusi detailed several mechanisms that he held potentially responsible for this wholesale looting of the public purse. Among them were oil contracts known as Strategic Alliance Agreements (SAAs), under which the Nigerian National Petroleum Corporation assigned its financing and operating role in a number of oil fields to private sector companies.

Sanusi named two companies, both founded by oil traders Kola Aluko and Jide Omokore, that had benefitted from SAA deals. One was Atlantic Energy, the other – and, at this point, those at the IFC doing due diligence on Seven Energy should have pricked up their ears – was Seven’s wholly-owned Nigerian subsidiary, Septa, which had been granted an SAA covering three oil fields in November 2010.

Sanusi argued that the use of SAAs was “illegal and unconstitutional”. He also questioned why Seven and Atlantic had been selected as SAA contractors, when, in his view, neither company had experience in crude oil production and both lacked the financial resources to bring any capital of their own to the table. The allegations are denied by Seven and Atlantic.

Sanusi also detailed his concerns in a testimony to the Nigerian Senate in February 2013. Shortly after, he was dismissed from his post. But the issues that he raised have not gone away.

Fast forward to November 2018 and many of the individuals involved in the controversy over the missing oil revenues are now feeling the judicial heat:

Meanwhile, the Federal Government of Nigeria has obtained a freezing order which lists 10 per cent of Seven Energy’s shares as assets to be frozen. The shares are said to have been obtained with the illegally diverted proceeds of crude oil lifted under Atlantic’s SAA contract and invested in Aluko’s name.

In the US, the Department of Justice has also moved to seize $144 million in assets said to have been bought with monies looted from the Nigerian government by Aluko, Omokore and Alison-Madueke.

Our report makes no allegations against Seven Energy and readily records that the company has consistently denied wrongdoing.[i] Its concern is solely with the World Bank Group’s decision to invest in Seven Energy and the adequacy of the IFC’s and MIGA’s due diligence procedures.

The allegations made by Sanusi raised not just one red flag but several. The question is: how did the Bank deal with them?

If you were working at the IFC and tasked with undertaking due diligence on the IFC’s investment in Seven, how would you have assessed the risks? You might take the view that natural justice precludes you from taking any of the listed prosecutions and criminal investigations into account: after all, no-one has yet been convicted of anything and Seven itself has not been charged with any offense. But this would be to misunderstand the purpose of due diligence. No-one is asking you to act as judge and jury: it is for the courts to decide whether or not any criminality has occurred. But due diligence does require an assessment of the risks that related prosecutions and investigations pose to an investment and to the institutions that make the investment.

In this case, one hopes that the IFC and MIGA were following the developments closely. Because, as things currently stand, the IFC is a major shareholder in (and MIGA a guarantor of) a company that is claimed by the Nigerian government in court pleadings to be partly owned by two suspected criminals who are alleged to have used Seven Energy as a vehicle for laundering stolen oil funds.

We do not know how the IFC assessed the financial and reputational risks of its investment in Seven Energy. Despite its professed commitment to transparency, which it describes as “fundamental to fulfilling its development mandate and strengthening public trust”, the IFC does not release its due diligence reports. But we do know that the IFC’s rules require it to assess “integrity risk issues” (related to “the institutions and persons” involved in a given investment) and that these risks are supposed to be monitored “throughout the life of the project or engagement”.

We also know what information was available to anyone with access to the internet at the time that the IFC made its investment in Seven Energy and MIGA issued its guarantee, as the timeline in our report clearly demonstrates. So we are in a good position to make our own assessment of the reputational and financial risks and to judge, on the basis of common sense, whether or not the Bank’s investments were reasonable and justifiable.

And because the IFC’s rules require it to take account of money laundering risks, we are also in a position to take a view on whether or not the Bank has adequate anti-money laundering controls and procedures in place. A benchmark (albeit a low-bar benchmark) might be that set by UK law, namely, the requirement to have controls and procedures that are sufficiently robust to prevent money-laundering. To ensure prevention, the trigger for action on the part of a bank or other financial institution is not proof of criminality but “reasonable grounds for knowing or suspecting” that a person is engaged in money laundering. This would seem to be an appropriate test for whether or not the IFC should have blocked or withdrawn from the investment.

We put a series of questions to the IFC:

The IFC did not respond to these specific questions. Instead, it told us that “prior to investing in Seven Energy, IFC conducted comprehensive due diligence as is standard for our investments.” This is hardly reassuring. Under the Bank’s own internal rules, due diligence is not supposed to be a “one off” event: It must be conducted throughout the lifetime of an investment, not just prior to investing.

Far from avoiding unwarranted risk, the IFC’s “comprehensive due diligence” has led to a situation where the Bank is a major shareholder in a company that is alleged to be partly owned by two suspected criminals who are said to have laundered stolen oil funds through the company.

Quite where that places the World Bank is one for the lawyers. But, should the prosecutions of Alison-Madueke, Aluko and Omokore succeed, it is surely not unreasonable to conclude that the IFC might find itself accused of having profited from money laundering and, thus, of unlawful enrichment. Watch this space.

This briefing is based on a longer report: Nicholas Hildyard, The World Bank, Red Flags and the Looting of Nigeria’s Oil Revenues. The IFC’s investment in Seven Energy: What would have been your call? Corner House Research, United Kingdom, October 2018.

Nicholas Hildyard works with The Corner House. He is author of Corrupt but Legal: Institutionalised Corruption and Development Finance (Counterbalance) and Licensed Larceny: Infrastructure, Financial Extraction and the Global South (Manchester University Press).