Recommended resources on the World Bank and IMF 2015

Recommended resources on the World Bank and IMF 2016

Recommended resources on the World Bank and IMF: 2017 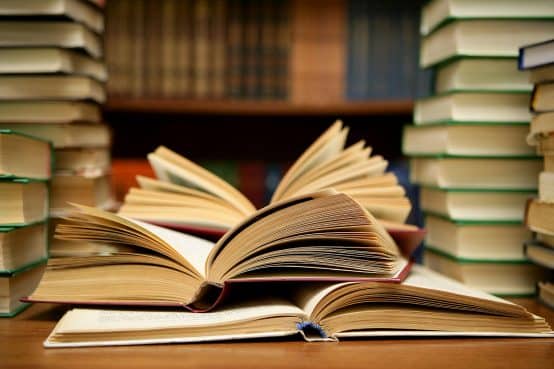 The Bretton Woods Project's selection of the best books, reports and other resources on the World Bank and IMF from 2018.

Enforcing the rules in a global economy: The emergence of structural conditionality in the World Bank and the International Monetary Fund Pauly, L., 2018; In: Indart, G., Critical Issues in International Financial Reform, New York: Routledge, Chapter 9

International finance institutions are known for suggesting structural conditionality; a tactic which this chapter suggests has the motive of initiating interaction amongst international political economies.

This chapter discusses the impact of transnational education policy agendas made by the World Bank and Organisation for Economic Cooperation and Development (OECD).

This chapter reviews the success of the World Bank-sponsored urban shelter programmes in East Africa since 1974 and whether similar shelter projects would be successful in meeting the needs of the urban poor.

A toolkit for advocacy at the World Bank Group Eurodad, October 2018

This report provides a toolkit for those interested in development finance issues within the context of the 2030 Agenda for Sustainable Development. An overview of the Bank is provided before giving guidance on possible advocacy and campaign work.

A toolkit for advocacy at the International Monetary Fund Eurodad, April 2018

This report provides a toolkit for those interested in development finance issues within the context of the 2030 Agenda for Sustainable Development. The report focusses on how the IMF influences international finance architecture and the effects of this.

Argentina goes back to the IMF. Neo-Liberalism, crisis and protest Tricontinental: Institute for Social Research, November 2018

After 15 years of independence from the IMF, Argentina once again sought help from the IMF after devaluation of the peso. This report discusses the turbulent relationship between Argentina and the IMF.

This briefing assesses the impact of austerity measures in the decade since the 2008 financial crisis on human rights. Suggestions for policy makers, oversight bodies, and civil society actors are offered to ensure there is not another lost decade for human rights due to fiscal consolidation.

The Philippines is becoming increasingly vulnerable to threats posed by climate change, especially typhoons. Though the government signed the Paris Agreement in 2017 and adopted the Renewable Energy Act, they are also pushing through coal expansion projects financed by domestic banking centres. This paper discusses the implications of this.

In over 80% of the most economically damaging climate disasters of the 21st century, government debt was higher two years after the disaster. This report critiques the current model of climate risk insurance, arguing that currently the victims of disasters are the one’s that must foot the bill of climate change.

Coming out of the dark: Is the IFC investing in a fossil free future? BIC Europe, November 2018

By tracking 148 financial intermediaries (FIs) investments made by the International Finance Corporation (IFC), the World Bank’s private sector arm, this report aims to assess whether the IFC has really reformed its FI lending.

This report discusses the trend to encourage privatisation popular amongst governments and international actors and the subsequent implication on human rights.

GADN make recommendations on the ways macro-level economic policy can be transformed to achieve gender equality.

Public private partnerships are promoted by the World Bank and other multilateral development banks as the solution to promoting SDGs, however this report discusses PPPs shortfalls with reference to both developed and developing countries.

The WBG has made commitments towards both resolving the unacceptable situation of unequal access to electricity and climate change goals, however sufficient progress has not been made on either goal. This paper discusses the shortfalls of the WBG in this area.

The Climate Vulnerable Forum of countries has made commitments to reach 100% renewable energy by 2050 in Pacific Island nations putting IFI energy sector support plans to shame. This paper suggests how IFIs can improv

Public debt in the African continent undermines the ability for governments to meet their commitments on gender equality and the promotion of women’s rights. GADN suggests a reform of the global financial system is required to ensure the costs of debt are not disproportionately born by women.

Last year saw the biggest increase in billionaires in history, one more every two days. This huge increase could have ended global extreme poverty seven times over. 82% of all wealth created in the last year went to the top 1%, and nothing went to the bottom 50%. Dangerous, poorly paid work for the many is supporting extreme wealth for the few. Women are in the worst work, and almost all the super-rich are men. Governments must create a more equal society by prioritizing ordinary workers and small-scale food producers instead of the rich and powerful.

The report examines the gendered impact of the IMF’s promotion of regressive, indirect taxes like VAT compared with progressive taxes that are directly linked to income and wealth. It recommends that gender responsive tax and expenditure policies should be at the heart of the IMF’s efforts to tackle gender inequality.

Countries facing persistent fragility, conflict, and violence have been deemed an international priority because of the potential implications for global stability. This report discusses the role the IMF should play in improving this situation.

Time for a reboot at a critical time for multilateralism Independent Evaluation Office (IEO) of the International Monetary Fund, July 2018

Provides an evaluation of the impact of the IEO in the work of the IMF in relation to current global developments.

Feedback loops are used by the Independent Evaluation Group of the World Bank to enhance operations and give more focus to work, however this article argues that they are currently weak and ineffective with regard to poverty focus.

Disequilibrium in development finance: The contested politics of institutional accountability and transparency at the World Bank Inspection Panel Sovacool, B., Naude Fourie, A., Tan-Mullins, M., 2018, Development and Change, pp.1-29 [Online]

The politics of transnational accountability policies and the (re)construction of corruption: The case of Tunisia, Transparency International and the World Bank Murphy, J., Brindusa Albu., O., 2018, Accounting Forum, 42(1), pp.32-46

This paper discusses how transnational actors like the World Bank define acceptable governance and assume that corruption is endemic in developing countries. The effects of such policies are discussed.

Paper provides a discussion of World Bank relationships with MIC’s. It points out that MIC’s are a diverse category and therefore should be considered differently.

Protests in Argentina after the coalition government, Cambiemos, presented a bill in congress proposing cuts to social security by $3.4 billion.

The World Bank’s private sector arm, the International Finance Corporation (IFC), is taken on by fishing communities and farmers for the role it played in funding Tata Mundra Ultra Mega coal fired power plant, which has destroyed natural resources relied upon by locals.

Civil society groups from around the world issued eight recommendations for the World Bank’s consideration, ahead of its announcement of its new 2025 climate targets in December 2018 at COP24.

Reducing and eventually eliminating illicit financial flows has been recognised by the Addis Ababa Action Agenda of the United Nations as important for achieving Sustainable development goals. However, what is covered by the term ‘illicit’ is unclear.

Despite previously denying claims that conditionalities connected to IMF lending worsen health outcomes, Eurodad hopes that 2018 reviews of its conditionalities regarding health care will be considered.

Letter to president of the World Bank expressing views on the draft World Development Report 2019.

Response to The Guardian’s opinion piece on Tunisia IMF, February 2018

IMF defend advice given to Tunisia, claiming that they do not advocate austerity but instead promote ‘well-designed, socially balanced reforms’.

US Supreme Court reverses ruling that international organisations like the Word Bank Group are entitled to ‘absolute immunity’ for lawsuits in US courts. Instead, these institutions are ruled to be subject to the same ‘restrictive’ immunity faced by foreign governments.

The fiscal costs of PPPs in the spotlight Investment Policy, March 2018

PPPs are becoming an increasingly popular way to finance development, however they come with higher risks and often higher costs to governments.

Discussion of debate as to whether ‘methodological changes’ to the World Bank’s Doing Business Ranking system were a deliberate ploy to disfavour Chile in rankings because of their new socialist president, Michelle Bachelet.

Article provides a critique of the World Bank’s Doing Business Rankings which it argues are flawed on a variety of grounds including subjectivity, tax indicators and labour components.

A critique of the 22 proposals on broad areas for increasing the power of the current development finance system listed in the G20 EPG Report.

The Bretton Woods Project's selection of the best books, reports and other resources on the World Bank and IMF from 2019.

The Bretton Woods Project's selection of the best books, reports and other resources on the World Bank and IMF from 2018.

The Doing Business Report 2019 criticised by civil society over its promotion of deregulation and low business tax.

This Inside the Institutions looks at the Doing Business report and retraces key steps in its history and development, explains how ratings are calculated and outlines some of the main criticisms regarding its methodology and ideological background.

Request for critical IMF and World Bank resources of 2017.

A recent ILO publication finds major methodological flaws in reserach papers that the IMF used to justify the weakening of labour regulation.

World Bank publishes minor changes to its Doing Business report, addressing only one of the criticisms of an independent panel review while activists continue to highlight the damage done by the rankings.

Recommended resources on the World Bank and IMF 2015

Recommended resources on the World Bank and IMF 2016

Recommended resources on the World Bank and IMF: 2017