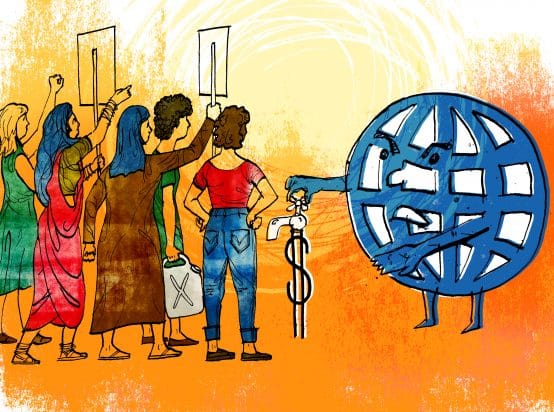 On the first day of the sixty-third UN Commission on the Status of Women, the Bretton Woods Project has launched a booklet on Gender-Just Macroeconomics: The World Bank’s Privatisation Push. This year’s CSW priority theme is social protection systems, access to public services and sustainable infrastructure for gender equality and the empowerment of women and girls. 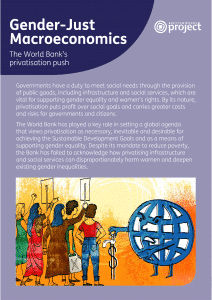 Despite the narrative presented by the World Bank and others that privatising infrastructure and social services, particularly in the form of public-private partnerships, is a means of advancing gender equality in low- and middle-income countries, it can disproportionately harm women and deepen existing gender inequalities.

Governments have a duty to meet social needs through the provision of public goods, including infrastructure and social services, which are vital for supporting gender equality and women’s rights. Privatisation can increase costs and risks of infrastructure and services, and weaken accountability.

Find the full booklet here. Want to receive the printed version by post for free? Just let us know.