Statement by Global Unions to the 2019 Spring Meetings of the IMF and World Bank Washington, 12-14 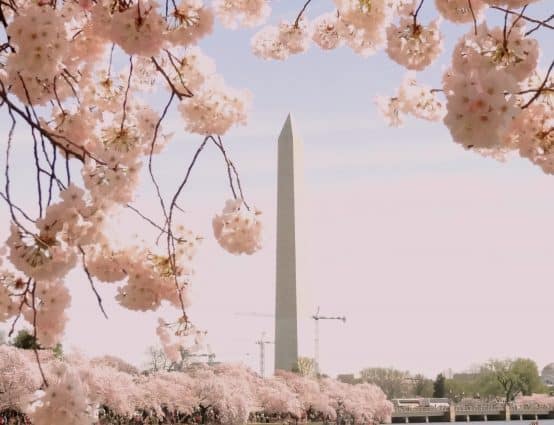 As finance ministers and other delegates gather for the 2019 World Bank and IMF Spring Meetings in Washington DC next week, the inability of the Bank and Fund to address the deepening crisis of multilateralism risks further tarnishing the Bretton Woods Institutions’ (BWIs) credibility.

As the Bank and Fund approach their 75th anniversary in July, the expected appointment of US nominee David Malpass – who ran unchallenged in the ‘race’ for the World Bank’s top job this Spring, despite the Bank’s executive board promising an ‘open, transparent and merit-based’ process (see Observer Spring 2019) – raises fundamental questions about the legitimacy of a Bank and Fund still being steered by Washington and its allies. The global economy is on ever more precarious footing, with climate change, widening inequality, growing debt distress and the US and China’s slowing economic growth threatening to turn the operative metaphor for the global economy from the oft-repeated ‘storm clouds gathering’, to ‘flood waters rising’. At the regional, national and local level, these global issues are further complicated in many developing countries by the rise of the populist far-right, increasing attacks on human rights and environment defenders, and the impacts of infrastructure and other largescale development efforts on the land and livelihoods of the poorest and most vulnerable (see, for example, Observer Spring 2019). The BWIs’ lopsided governance structures, and continued support for growth-first policies, severely limit their ability to address these issues.

With Malpass’s imminent coronation, questions now turn – in the immediate future – to the IMF’s long-awaited quota reform, with the IMF’s next leadership challenge also looming on the not-to-distant horizon in 2021. The 2019 Spring Meetings have, for years, been slated as the completion date for the IMF’s 15th quota review (see Dispatch Annuals 2018), where the adequacy of the Fund’s financial resources and the distribution of its members’ voting power are supposed to be addressed. For example, this would have been the forum to address the glaring fact that China accounts for 16 per cent of global GDP, yet only holds 6.1 per cent of IMF voting power, or that 46 Sub-Saharan African countries are represented by only two executive directors, while advanced economies hold 58 per cent of the Fund’s voting share. Yet, in the increasingly familiar ‘America First’ vein, in late 2018 the US seemingly closed the door to any possible 2019 quota increase and therefore quota distribution reform. Instead, it has proposed to double the ‘New Arrangements to Borrow’ and thereby removed the immediate threat of complete US withdrawal of financial support from that crucial IMF resource base, effectively holding the institution hostage to deny China its proper place at the table, while low-income countries remain completely side-lined. With the US and China making delicate progress towards a new trade deal, the US would appear to be using this leverage to exercise its full agency as the BWIs’ largest shareholder – but what will the ultimate cost of this bully diplomacy be? Perhaps it will provide more impetus to China joining the Paris Club, or even bring ‘Chiang Mai Initiative multilateralisation’, the process for the establishment of an Asian Monetary Fund, back to life and truly fracture the existing global order.

With China and US growth slowing, is the next crisis closer than we think?

The IMF’s January update of the World Economic Outlook (WEO) warned of weakening global growth, forecasting a further downward revision of 0.2 per cent for 2019 since October’s projections, making it the second downturn revision in three months, in particular due to the ongoing effects of US-China trade tensions. This slow-down is playing out against the backdrop of record debt levels across advanced, emerging and low-income economies, with debt crises already materialising in some (see Observer Spring 2019, Winter 2018). In this context, the WEO notes, “The main…priority is for countries to resolve cooperatively and quickly their trade disagreements and the resulting policy uncertainty, rather than raising harmful barriers further and destabilizing an already slowing global economy.”

The above-mentioned slowdown of the US and Chinese economies – as well as the trade tensions between the two countries – has added further jitters to an over-caffeinated global economic system. Currency woes in Turkey could potentially lead to further contagion, while Venezuela’s political crisis is exposing further fissures in global cooperation. Multilateral development banks are one front on which this tension has played out, with the Inter-American Development Bank recently cancelling its annual meetings in China, after Chinese authorities refused to facilitate participation of representatives for Venezuela’s opposition leader, Juan Guaidó.

BWIs preach ‘resilience’, but are their policies fit for purpose?

A key theme of the official events at the Spring Meetings will be building resilience in the face of global challenges. But whether the BWIs have the right policy mix to tackle the complex array of development challenges the world currently faces is another matter. The Bank’s recently agreed General Capital Increase means that it will be working more in fragile and conflicted affected states, despite its poor track record on project performance in such contexts and in the absence of an urgently needed revision of staff incentives that would more closely align lending with project outcomes (see Observer Autumn 2018). Meanwhile, the Bank’s new Adaptation and Resilience strategy, launched in January, includes a new resilience ranking – that is partly based on shoring up investor confidence that projects will stand up to climate change, and makes little reference to the need to consult actively with communities affected by such projects.

Meanwhile, despite the launch of a colourful new SDGs website, the Fund’s core activities continue to come under severe scrutiny for undermining progress towards the SDGs (see Observer Spring 2019) and human rights. During these Spring Meetings, this is expected to be illustrated by deafening silence of the BWIs on the recently published UN guidance on human rights impact assessments of economic reforms, despite many governments’ calls, including major borrowers, for IFIs to make use of them (see Observer Spring 2019). Global Unions also released a statement ahead of the Spring Meetings, calling on the IMF to use the development of its forthcoming ‘institutional view’ on social spending as an opportunity “to end short-termism and uncoordinated interventions that have weakened social protection systems, with devastating social and economic consequences.”

In this and other respects, the Bank and Fund remain the handmaidens of an international system that marginalises rights in favour of a growth-first orthodoxy. In contrast to the BWIs, the 2018 Geneva Principles for a new multilateralism have called for delivering decent employment, closing socio-economic gaps, democratising markets and extending economic rights, and supporting a low-carbon transition. From their lopsided governance structures, to their favoured policies, the BWIs remain fundamentally at odds with this more just vision of multilateralism for the new epoch we are entering, and the end result may well be further fragmentation rather than cooperation in the international financial landscape.

Statement by Global Unions to the 2019 Spring Meetings of the IMF and World Bank Washington, 12-14