Why the World Bank decided against an emissions target 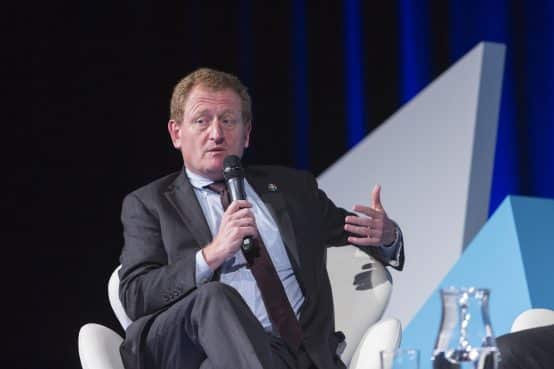 The World Bank announced its 2025 climate targets in December 2018 at the 24th session of the Conference of the Parties to the United Nations Framework Convention on Climate Change (COP24) in Katowice, Poland, laying the foundations for its 2021-2025 climate strategy.

The Bank committed to provide $133 billion in direct finance for ‘climate-related investments’ over 2021-2025, including $50 billion for climate change adaption efforts. It will also seek to mobilise an additional $67 billion in climate finance from other investors, through leveraging private sector investment and de-risking. The Bank launched a new Adaptation and Resilience Strategy in January, which is closely related to the new 2025 climate targets’ emphasis on adaptation finance. The Bank and eight other multilateral development banks also announced they will be outlining the parameters of their joint approach to Paris Agreement alignment, to be announced at COP25 in November 2019.

However, despite civil society organisations (CSOs) calling on the Bank to introduce new measures to prevent its finance from going to fossil fuel investments – including an emissions target covering its lending and operations consistent with 1.5°C global temperature rise relative to preindustrial levels – the Bank’s 2025 climate targets remained silent on this point.

“While the World Bank’s additional finance can help to drive very low carbon and climate-resilient development, overall, [the 2025 climate targets announcement] provides little sense of its anticipated overall climate impact,” said Kat Kramer of international CSO Christian Aid. She continued, “At its annual meeting in October, the Big Shift Global coalition had called upon the Bank to commit to transforming its entire investment portfolio to be consistent with limiting global warming to 1.5°C above preindustrial levels.”

The surprise resignation of World Bank President Jim Yong Kim – first announced on 7 January and effective on 1 Feb – raised questions about the future of the Bank’s climate work. Kim’s expected successor, US Treasury official David Malpass, is seen as a surrogate of a US administration that has announced its intent to withdraw from the Paris Climate Agreement and has promoted increased export of US fossil fuels as part of its broader ‘America First’ policy, which in the case of the Bank has manifested itself in the US insisting on less lending to upper-middle income countries, including China (see Observer Spring 2019).

The World Bank introduced a series of commitments at the One Planet Summit in December 2017, including a phaseout of the Bank’s project lending for ‘upstream’ oil and gas after 2019, the introduction of a shadow carbon price in the internal economic analysis of the Bank’s projects, and the tracking of greenhouse gas emissions in ‘high intensity’ sectors (see Observer Spring 2018). It remains to be seen whether the next World Bank president will honour these commitments. In response to these concerns, 31 CSOs submitted an open letter to the World Bank’s Board of Executive Directors in mid-March, calling for the Bank to ensure that alignment with the Paris Agreement is a core priority of the next World Bank president.

The Bank’s recently released Adaptation and Resilience Strategy seeks to boost adaptation finance, drive a whole of government programmatic approach, and develop a new ‘resilience rating’ that will be piloted over the course of this year. A core part of the strategy rests on ‘integrated lanscape management’, which the Bank hopes to undertake in up to 50 countries between 2021-2025. As noted in the Bank’s Adaptation and Resilience Strategy, “integrated landscape management nexus brings together agriculture, forestry, environment, water, and transport to improve overall productivity and sustainability measured in economic and ecological terms.”

Given CSO concerns about the Bank’s current work on land reform and agricultural policy (see Observer Spring 2019), there is a real concern that such policies might exacerbate the climate impacts felt by the poorest, rather than ameliorate them. The Bank’s climate smart agriculture policies, for example, have been criticised for elevating the interest of big agribusiness above those of smallholder farmers. As noted by Teresa Anderson of ActionAid International, “Climate Smart Agriculture probably sounds like a great buzzword that we should get excited about. But the…concept is so vague that big agribusiness corporations – the very actors who harm the climate and undermine smallholder farmers – are using the term to greenwash their practices and carry on business-as-usual.”

Why the World Bank decided against an emissions target