No longer above the law, the World Bank faces fight of its life 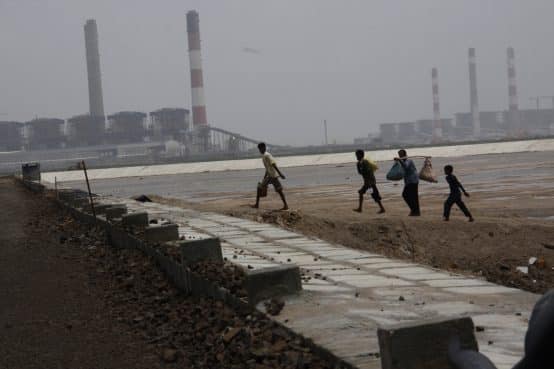 In late February, the US Supreme Court ruled against the claim by the International Finance Corporation (IFC), the World Bank’s private sector arm, to absolute immunity from suit in the US. The case was brought by a community of Indian fisherfolk, represented by EarthRights International and the Stanford Law School Supreme Court Litigation Clinic, which sued the IFC for harm caused by the $450 million IFC-financed Tata Mundra coal-fired power plant in Gujarat, India (see Observer Summer 2018).

The IFC claimed absolute immunity under the 1945 International Organizations Immunities Act (IOIA), which guarantees international organisations the same immunity as is enjoyed by foreign governments. Foreign governments’ immunity is now determined by the 1976 Foreign Sovereign Immunities Act (FSIA), under which states’ immunity cannot be granted in cases arising from their commercial activities. The plaintiffs’ case therefore rested on the argument that the IFC’s immunity – and that of other international organisations – should be similarly restricted.

The Supreme Court’s historic 7-1 decision stated that foreign governments’ immunity is restricted by FSIA, and that, “The International Finance Corporation is therefore not absolutely immune from suit.” The IFC responded in a statement that it “will continue to deliver on its mission to end extreme poverty and boost shared prosperity by helping to create sustainable economic growth and improving opportunities for people where they are needed most,” and that it will “work to ensure that this ruling does not affect our [the IFC] ability to deliver for our partner countries and does not hinder our mission.”

For communities who have been at the receiving end of projects...this judgement is an eye opener. Not that each one of them may drag these institutions to Court, but with the empowerment by this judgement the power equation between the two has tilted a little further in favour of people.Joe Athialy, Centre for Financial Accountability

The Compliance Advisor Ombudsman (CAO), the IFC’s independent accountability mechanism, has a limited remit, as it has no power to enforce IFC compliance with its recommendations (see Observer Winter 2018). In addition, the IFC lacks resources designated to address harms caused by the projects it finances. Kindra Mohr, of US-based civil society organisation (CSO) Accountability Counsel, noted that, “It would be in the World Bank Group’s best interest to ensure that these [accountability] mechanisms are fully effective,” which would potentially avoid cases like this being brought to court.

This case marks an historic moment for communities, as it establishes legal precedent. However, contrary to IFC’s argument during the hearings, it is unlikely to result in a flood of litigation against development institutions. According to the Supreme Court “restrictive immunity hardly means unlimited exposure to suit for international organizations.”

As noted by Joe Athialy, of India-based CSO Centre for Financial Accountability, “For communities who have been at the receiving end of projects which affected them, their environment and livelihood, and who grappled with the question of how to hold institutions financing these projects accountable, this judgement is an eye opener. Not that each one of them may drag these institutions to Court, but with the empowerment by this judgement the power equation between the two has tilted a little further in favour of people.”

Questions remain about whether development finance constitutes “commercial activities” under FSIA, which will be now be tested in a Washington DC court.

No longer above the law, the World Bank faces fight of its life