Carbon Finance and the World Bank 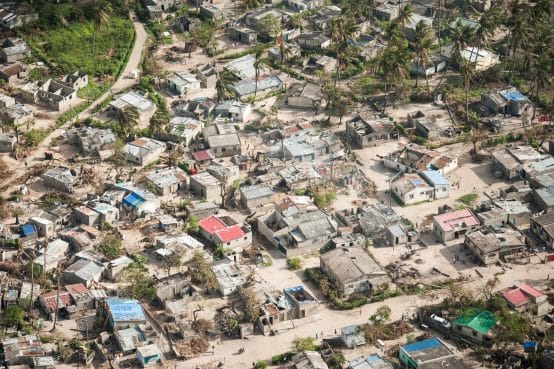 After largely staying on the fringes of climate discussions in recent years – apart from its forays into energy pricing reforms and estimates of global fossil fuel subsidies – the IMF released a high profile staff paper in May on fiscal tools for Paris Agreement alignment, where it outlined the Fund’s potential role in engaging with climate change as an issue of ‘macro-criticality’ (i.e. what the Fund considers critical to the achievement of macroeconomic stability).

The IMF’s flagship publication heavily focused on the role of carbon pricing schemes in achieving the Paris Agreement. As argued in an accompanying blog, entitled Getting Real on Meeting Paris Climate Change Commitments, by outgoing IMF Managing Director Christine Lagarde and Vitor Gaspar, the Director of the Fund’s Fiscal Affairs Department, “There is a growing consensus that carbon pricing—charging for the carbon content of fossil fuels or their emissions—is the single most effective [climate change] mitigation instrument.” Yet despite the establishment of regional, national and sub-national carbon pricing mechanisms, the policy tool has faced a long and difficult history, from the 1997 Kyoto Protocol’s Clean Development Mechanism up to the present day (see, for example, Inside the Institutions, Carbon finance). Lagarde and Gaspar’s blog even acknowledged this, noting, “It is also clear that carbon pricing can be politically very difficult. Events from all latitudes remind us of this.”

Indeed, the Fund’s favoured policy prescription seems relatively tone-deaf, given the long-standing critique of carbon pricing schemes, including from Pope Francis, who in 2015 noted, “The strategy of buying and selling carbon credits can lead to a new form of speculation which would not help reduce the emission of polluting gases worldwide. …[I]n no way does it allow for the radical change which present circumstances require.”

The strategy of buying and selling carbon credits can lead to a new form of speculation which would not help reduce the emission of polluting gases worldwide. ...[I]n no way does it allow for the radical change which present circumstances require.Pope Francis

The Fund’s approach to climate change and resilience – too little, too late?

Since climate was identified as an emerging structural issue at the Fund in 2015 – along with gender and inequality – the IMF has been slowly taking steps to elaborate its approach to when and how it sees climate as a macro-critical issue. For example, a June paper on the Fund’s contribution to the achievement of the Sustainable Development Goals (SDGs) noted that climate issues have increasingly been integrated into the Fund’s annual Article IV surveillance (see Inside the Institutions, IMF surveillance) in some member countries: “A pilot initiative included climate mitigation (beyond energy price reforms) in Article IV consultations with 16 countries in 2015-16; going forward, periodic coverage in Article IV consultations of climate issues will be conducted in countries where these issues are macro-critical.”

In June, the Fund also released a policy paper on approaches to resilience in countries that are vulnerable to large natural disasters, outlining the scope for using conventional IMF policy tools and instruments to assist countries in ex ante planning for disaster risk management as well as post-disaster recovery. Relatedly, a review of the IMF’s lending to low-income countries (LICs), also released in June, proposed an increase in available disbursement amounts from the Fund’s Rapid Credit Facility, which provides concessional loans for LICs affected by natural disasters. The IMF has also partnered with the World Bank to conduct climate change policy diagnostics for a handful of countries, including Belize, the Seychelles and Saint Lucia. Relatedly, the Fund’s forthcoming Fiscal Monitor, to be published before October’s Annual Meetings of the IMF and World Bank, “will analyze fiscal policies for climate change mitigation.”

However, the already existing impact of climate change on countries’ debt levels and the potential future impact of climate change on global macro-economic stability means more action is needed on the Fund’s behalf. A report commissioned by the V20 group of countries – a bloc of 48 states established in 2015 that are systematically vulnerable to climate change – and released in April (see Dispatch Spring 2019) found that climate change is already affecting the cost of capital in many V20 countries, resulting in $40 billion in additional interest payments on government debt alone over the past decade. The fiscal damages caused by cyclones Idai and Kenneth on Mozambique and neighbouring countries are another example of the emerging macro-criticality of climate change in many developing states, and the rising debt levels associated with climate change impacts in these cases – which the Fund has been loathe to forgive or restructure (see Observer Summer 2019). Ulrich Volz, of the UK-based School of Oriental and African Studies, who is one of the co-authors of the V20 report, commented that, “there are clearly important impacts of climate change on public finances and sovereign risk. These cause the cost of capital to rise, which will further limit investment in climate vulnerable countries, and lead to even further fiscal constraints – this creates a sort of vicious cycle. We definitely need an international response to that. The Fund could play an important role in addressing the problem and working with central banks and finance ministries to develop responses that enhance climate vulnerable countries’ macro-financial resilience.”

Accounting for climate risks – can the Fund help the global economy avoid a “climate Minsky moment”?

As argued by Bank of England governor Mark Carney at a gathering of central bank heads in 2018, failure to grapple with the financial risks associated with climate change could lead to a climate “Minsky moment” (i.e. a sudden collapse of asset prices after a long period of growth): “too rapid a movement towards a low-carbon economy could materially damage financial stability. A wholesale reassessment of prospects, as climate-related risks are re-evaluated, could destabilise markets, spark a pro-cyclical crystallisation of losses and lead to a persistent tightening of financial conditions.” A managed transition, aided by the disclosure of climate risks to countries and companies, is required to avoid such a chaotic ‘correction’.

As noted in the aforementioned IMF SDGs paper, “IMF staff have been working with relevant international agencies, central banks, and other partners on financial sector policy issues related to climate risks.” However, the World Resources Institute suggested in a May blog that the IMF should do more, arguing, “The IMF should integrate climate risk assessment into all Article IV Consultations, for every country and for every year.” Civil society organisations will be watching the forthcoming IMF surveillance review to see if the Fund really is “getting real” on climate change.

Carbon Finance and the World Bank