Opinion: Can the World Bank clean up its fossil fuel problem?

Submission on the IFC Green Equity approach to financial institutions 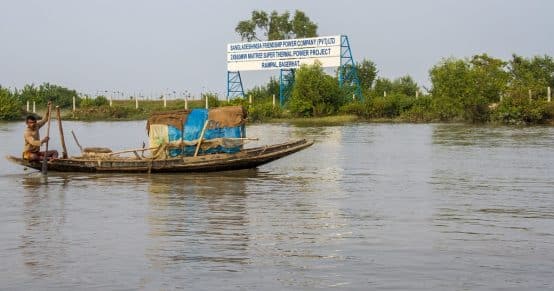 The construction site for the Rampal coal plant in Bangldesh. According to a 2017 report from Inclusive Development International and partners, Time to Come Clean, IFC "provided half a billion dollars in loans to six Indian commercial banks, which have gone on to provide... billions of dollars of financing to [Rampal's] developers, NTPC, Exim Bank of India, Bharat Heavy Electrical Limited and Coal India." Photo courtesy of Joe Athialy.

The Green Equity Strategy (GES), the flagship climate policy of the International Finance Corporation’s (IFC), the World Bank’s private investment arm, faced a temporary set-back after discussions by IFC’s Board in May resulted in another round of consultations on the draft version of the strategy, according to civil society campaigners.

The GES was announced by IFC CEO Philippe Le Houérou in the lead-up to the World Bank and IMF Annual Meetings in Bali, Indonesia, in October 2018 (see Observer Winter 2018). The policy would require the IFC’s new financial intermediary (FI) clients (i.e. commercial banks, private equity firms and insurance companies) to commit to reducing or exiting their coal investments over a defined period of time. The policy proposal was in part a response to sustained advocacy from civil society organisations (CSOs) in recent years, which has documented links between the IFC’s FI investments and the construction of new coal-fired power plants (see Observer Winter 2017, Winter 2017-2018).

According to a July blog published in news site Devex by David Pred from US-based CSO Inclusive Development International (IDI) and Nezir Sinani from Netherlands-based CSO Bank Information Center Europe, “The World Bank Group’s board met in May to consider IFC’s proposal. Observers say it got mixed reviews, with some chairs expressing enthusiasm and others scepticism that the proposed 2030 deadline for clients to bring their coal exposure to zero was too onerous,” with further consultations on the policy with FI clients now forthcoming.

It’s a scandal that, after the Intergovernmental Panel on Climate Change warned us that we need to halve global CO₂ emissions within the next twelve years or our planet will barrel towards a climate catastrophe, any governments would oppose an effort by IFC to lead the commercial financial sector away from the world’s dirtiest energy.David Pred & Nezir Sinani

They added, “There is simply no excuse for the World Bank to be invested in banks that aren’t ready to immediately stop financing new coal projects. And it’s a scandal that, after the Intergovernmental Panel on Climate Change warned us that we need to halve global CO₂ emissions within the next twelve years or our planet will barrel towards a climate catastrophe, any governments would oppose an effort by IFC to lead the commercial financial sector away from the world’s dirtiest energy.”

In 2018 alone, the IFC’s FI portfolio amounted to $6.4 billion. According to Pred and Sinani’s blog, a CSO investigation led by IDI, which began in 2016, “has uncovered hidden financial flows to more than 150 companies and projects around the world that have violated human rights, damaged the environment and accelerated climate change, in violation of the IFC’s social and environmental Performance Standards”, with over half of these 150 projects being new coal projects.

A draft version of the GES was released for public consultation earlier this year. In a joint submission to the consultation, 10 CSOs, including the Philippine Movement for Climate Justice and Oxfam International, put forward suggestions to improve the draft version of the GES. These included applying the GES to all fossil fuel investments – not just coal; further clarifying what type of IFC financial instruments will be included in the policy; and improving overall transparency of the IFC’s FI investments in order to allow CSOs to monitor implementation of the strategy.

As Pred and Sinani note, “A recent report by Oil Change International found that even if coal mining was immediately phased out, the emissions from oil and gas fields already in operation would result in more than 1.5°C of warming. If the IFC is serious, as it says, about helping banks to eliminate climate related risks by 2030, then the new rules must also include oil and gas.”

Opinion: Can the World Bank clean up its fossil fuel problem?

Submission on the IFC Green Equity approach to financial institutions