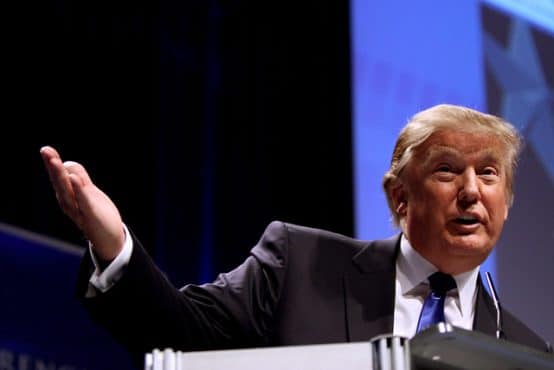 As the IMF is set to publish its 15th General Review of Quotas by the October World Bank and IMF Annual Meetings, the US has suggested that it will block reforms of quotas in favour of extending the portion of ‘New Arrangements to Borrow’ (NAB), which are designed as a backstop to the Fund’s quota-based financing mechanism (see Observer Spring 2019, see Update 79).

IMF quotas are defined as “the building blocks of the IMF’s financial and governance structure” where a “member country’s quota broadly reflects its relative position in the world economy” and determines its voting share on the IMF executive board. The current formula used to guide the distribution of quotas is calculated in accordance to GDP (50 per cent), economic openness (30 per cent), economic variability (15 per cent) and international reserves (5 per cent).

Quota reviews are supposed to take place every five years. While member states had originally committed to completing the 15th review in January 2014, the US used its veto to delay the approval of the 2010 14th review until 2016 (see Observer Winter 2016, Autumn 2015). Moreover, the delayed 2010 reforms resulted in many low-and middle-income countries losing substantial shares of their voting power – such as Nigeria by 41 per cent, Venezuela by 41 per cent, Libya by 39 per cent and Sri Lanka by 34 per cent (see Observer Winter 2016).

This review corresponds with a crisis of multilateralism engulfing international institutions, which could intensify should the IMF uphold the ‘gentleman’s agreement’ to appoint another European its new managing director (see Observer Summer 2019).

The US Treasury proposal to quash the scheduled reform would not only leave the amount of IMF quotas – and thus the distribution of country voting powers – unchanged, but could undermine the notion that the IMF is a quota-based institution where countries pay their fair share determined by an agreed formula.

An April 2019 International Monetary and Financial Committee (IMFC) statement by US Treasury Secretary Steven Mnuchin noted that the immediate concern is ensuring the IMF has sufficient financial resources to respond to potential crises. He stated, “…we do not see a need for a quota increase at this time and support closure of the 15th General Quota Review as soon as possible.” Responding to Mnuchin’s comments, Mark Sobel of the US-based Official Monetary and Financial Institutions Forum speculated that Washington is blocking quota reform because it does not want Beijing to have more voting power on the board.

The G24 October 2018 communiqué called on the Bank and Fund to “strengthen their efforts toward addressing the severe under-representation of some regions and countries” (see Dispatch Annuals 2018). Their April communiqué, which echoed long-standing demands from civil society, stated “We further reiterate our longstanding call for a third Chair for Sub-Saharan Africa to enhance the voice and representation of the region” (see Dispatch Annuals 2018).

An IMFC statement on behalf of Bangladesh, Bhutan, India and Sri Lanka in October 2018 noted that the latest data update based on the current formula revealed that while the actual share of emerging markets and developing economies in the GDP blend remained at 50.4 per cent, their calculated quota share has fallen to 42.4 per cent, “indicating the inability of the current formula to capture actual position of EMDCs in the global economy.” China added to the growing demand for quota reform, noting in its April IMFC statement that, “The gap between the actual and calculated quotas should be narrowed in a constructive manner and the structural distortion of quotas should be reduced.”