A critique of the IMF’s role and policy conditionality

Reforming IMF conditionality. Where do we stand?

Ukraine: Between a rock and IMF conditionality 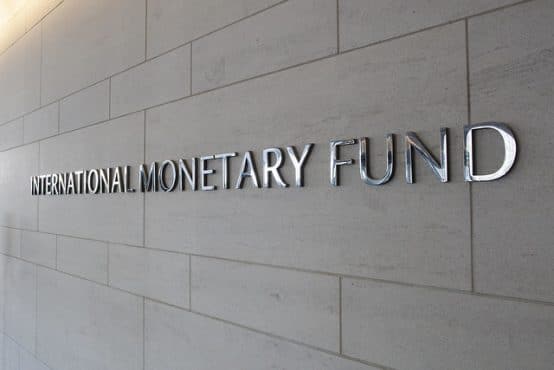 In May, the IMF published its 2018 Review of Program Design and Conditionality, covering September 2011 to the end of 2017. The review marks the first comprehensive stocktaking of Fund programme design and performance since the global financial crisis, following the 2011 Review of Conditionality, the 2015 Crisis Program Review, and various reports by the IMF’s Independent Evaluation Office (IEO) studies. The review analysed the Fund’s macroeconomic and structural policies, as well as the specific methods used in Fund arrangements to achieve programme goals, where programme success is largely defined by the Fund as its capacity to resolve balance of payment problems, achieve external viability, and foster economic growth.

Some of the core findings include that the number of structural conditions has risen, that programme projections were often overly-optimistic, and that programme involving debt restructuring tended to be more successful than those without. The review shone a fresh spotlight on the IMF’s treatment of indebted countries in the aftermath of the financial crisis. Countries such as Greece made headlines, as structural conditions were cited as a reason for the Greek death rate rising three times faster than the rate in Western Europe overall (see Observer Autumn 2018).

A 2018 IEO update on structural conditionality in IMF-supported programmes concluded that many of the issues raised in its 2007 evaluation remain salient, for example, that, “there are still concerns about lack of country ownership and possible stigma effects” and that, “The volume of structural conditions has shown some signs of rising in recent years, while impact remains a question.”

Assessing debt sustainability is at the heart of IMF competence. If you get it wrong or go about it without the information, it hurts your credibility.Former IMF economist

From concerns around austerity and debt sustainability to democratic ownership, IMF conditionality and programme design have faced long-standing criticism from civil society and trade unions. During the review’s consultation period in June last year, over 50 trade unions, church groups, civil society organisations (CSOs), economists and academics signed a joint letter to the IMF. The letter called on the Fund to reconsider its current approach in favour of one that protects universal human rights and supports the achievement of the Sustainable Development Goals (see Observer Summer 2018).

Loan conditions are on the rise again

One of the central findings of the review was that the number of conditions had increased. The finding is in stark contrast to the 2011 Review of Conditionality, which praised the Fund’s effort to reduce the number of structural conditions. The findings echo research carried out in 2018 by Belgium-based CSO Eurodad, which investigated the conditions attached to the IMF loans for 26 country programmes approved in 2016 and 2017. The results – which were derived using a different methodology to the IMF’s research – revealed that the average number of structural policy conditions per loan was 26.8, while programmes approved between 2011 and 2013, only carried an average of 19.5 conditions per loan.

The need for debt restructuring and credible forecasting

Echoing the voices of civil society, the review noted that programmes involving debt restructuring tended to be more successful than those without. This is not the first time the IMF has acknowledged the benefits of debt restructuring. In a 2017 blog, the IMF acknowledged that partial cancellation of debts could be justified when debt reaches unsustainable levels. Yet, as UK-based CSO Jubilee Debt Campaign pointed out, “this realism is contradicted by the IMF’s own actions”, noting that the IMF overwhelmingly opts to bail out lenders rather than restructuring debt upfront (see Observer Spring 2017).

The case for debt restructuring has been linked to the cyclical nature of debt following IMF programmes. A former senior IMF official told the Financial Times in November, “Assessing debt sustainability is at the heart of IMF competence. If you get it wrong or go about it without the information, it hurts your credibility.” These issues have come to the forefront with the IMF’s $57 billion loan programme to Argentina – its largest ever (see Observer Winter 2018). By its own reckoning, the IMF assessed Argentina’s debt as sustainable, “but not with a high probability” last October. Dan Ozarow, from campaign group Action for Argentina UK, noted in January that “the time is ripe for a public debt audit to be conducted, and the proportion of the debt found to have illegitimate origins to be cancelled.”

The IMF’s fondness of unrealistic economic predictions extends beyond Argentina. The 2018 review concluded that “program growth assumptions were often too optimistic.” Likening this to the aftermath of the financial crisis, the review noted the Fund’s underestimation of fiscal multipliers and the overestimation of structural reform payoffs, suggesting increased scrutiny of macroeconomic baselines and improved contingency planning (see Update 62).

Despite highlighting problems – from rising loan conditions to debt sustainability and financial forecasting – the recommendations fall short of embracing civil society-backed solutions to these issues, such as the creation of an independent debt workout mechanism, the use of human rights impact assessments in times of economic reforms, or the alignment of IMF conditionality with the Sustainable Development Goals and human rights obligations (see Observer Spring 2019, Spring 2017).

A critique of the IMF’s role and policy conditionality

Reforming IMF conditionality. Where do we stand?

Ukraine: Between a rock and IMF conditionality