Matching money and expertise: ensuring conflict sensitivity is top of the agenda for the bank's fragile state financing 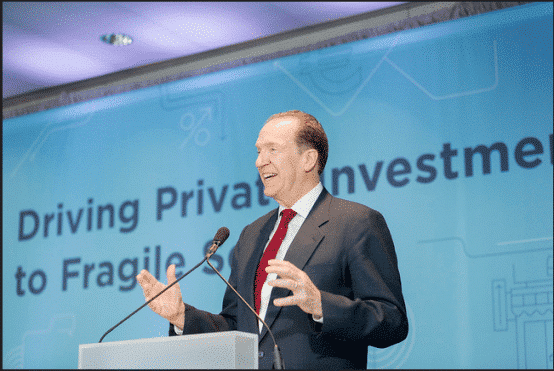 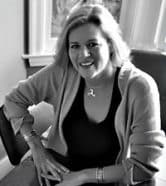 By 2030, more than half of the world’s poor will live in fragile and conflict-affected settings (FCAS). Recognising this worsening fragility, conflict and violence (FCV) landscape, the World Bank has doubled its lending and grants to FCAS to $14 billion from 2014 to 2018. As the World Bank is now eliciting feedback on its 2020-2025 Strategy for Fragility, Conflict and Violence, this piece critically appraises the proposed FCV agenda.

In its strategy, the Bank proposes a diversified approach to address “the drivers, or underlying causes, of FCV and the dynamics that keep countries or sub-regions trapped in fragility.” Adopting analysis from the 2018 United Nations-World Bank Pathways for Peace report, drivers involve (problematic) structures, (weak) institutions, and (bad) behaviours of a variety of actors who breed and fuel fragility through “mutually reinforcing incentive structures and vested interests.” The challenge then, involves positively changing incentives and influencing behaviours.

Amidst wide ranging proposals, the Bank suggests this requires careful prioritisation and sequencing of initiatives with multistakeholder commitment, transformational methodologies and coordinated public and private sector-driven development solutions. It involves building state institutions, promoting private enterprise, and mitigating FCV impacts on the most vulnerable. All levels – community, sub-national, state, regional – must be engaged.

A key problem running across the Bank’s FCV analysis ... is the continuing absence of reflection upon the impacts ... of neoliberal policies on these ... drivers of conflict and fragility.

Is the analysis solid?

The Bank’s analysis of FCV trends, drawing on expansive evidence-based research from many reputable institutions, is hard to dispute. The conclusions of what drives fragility, that development in FCV contexts requires different approaches, and that FCV context analysis must inform strategy, are profoundly important, but not new insights. The global policy dialogue with its New Deal for Engagement in Fragile States promulgated similar messages over the last decade.

A key problem running across the Bank’s FCV analysis – and even that of the United Nations – is the continuing absence of reflection upon the impacts and implications of neoliberal economic policies on these very drivers of conflict and fragility. Well-documented adverse impacts include increased inequality and poverty, lowering of human development indicators and even growth – the Bank’s principal objective – all of which are now increasingly reasons for uprisings in many parts of the world.

While this is consistent with analyses and proposals of scholars, practitioners and activists, critical issues are left wanting. Promoting conflict sensitivity and requiring corporate social responsibility are vital. But to what extent will such efforts genuinely transform power asymmetries that multinational companies wield in relation to vulnerable communities and weak governments? How will the economic drivers of fragility, such as macro-economic shocks, inequalities and unemployment, be tackled? This will require engaging the deep structures of underdevelopment. While the Bank’s increased financing suggests a system-wide, embracing of FCV, how will it transform its own orthodox development theory and economic policy directives rooted in financially driven incentives to bring needed changes to structures, institutions and behaviours in FCV countries? How consistent is the Maximizing Finance for Development flagship programme with such goals (see Observer Autumn 2018)? How will it address the fact that it is remains an important financier of fossil fuels (see Observer Spring 2018)?

Critically, the concept note is silent on what the Pathways for Peace report recognised as a core driver of conflict and its developmental results in FCV contexts – horizontal inequalities (actual and perceived) between groups. This is a deeply political issue, and the Bank’s mandate disallows its engagement in politics. Yet, we know that development, and therefore the Bank’s programmes and activities, cannot be separated from politics.

Is the Bank best suited to play these proposed roles?

The strategy “requires an expanded [Bank] footprint, one that ensures the right skills are in the right place at the right time.” This is concerning firstly because we need international community commitments to national ownership in peacebuilding, statebuilding and development honoured. Rather than creating new international structures and capacities in and through the Bank to work on FCV, why not 1) invest resources in promoting inclusive, democratic national leadership to tackle the issues, and 2) acknowledge the strong UN and international non-governmental organisation presence in most FCV settings, step back and support these? A critical role that is appropriate for the Bank is in ensuring conflict- and fragility sensitive economic policy is delivered through its loans and grants.

In closing, the Bank’s strategy proposals offer important avenues to address elements of FCV. Analysis suggests that they do not go far enough however, to address systemic challenges within the global development system itself. Critically, more innovation is needed to address the interconnected challenges of FCV, and it is likely to lie in efforts that foster transformation, engage endogenous diversities in societies, and forge inclusive, resilient social contracts.

Matching money and expertise: ensuring conflict sensitivity is top of the agenda for the bank's fragile state financing