IDA 17: Back to big infrastructure, flirting with climate finance 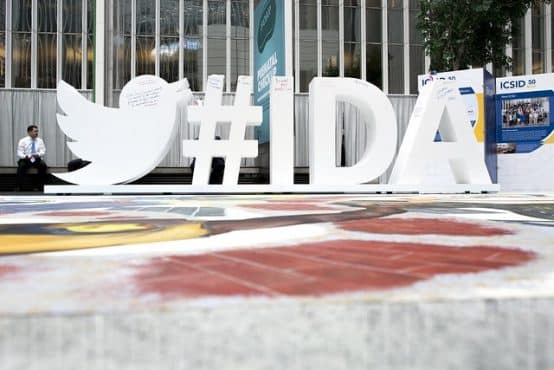 During the October World Bank and IMF Annual Meetings, donors and borrowers will meet to continue negotiations around the 19th replenishment of the International Development Association (IDA19), the World Bank’s low-income country arm. Every three years, donors replenish IDA resources and review its policy framework in ‘deputy meetings’ with borrowers and Bank management. The IDA19 replenishment, set to conclude this December, will cover the fiscal package from 2021-2023. During the IDA18 replenishment, $75 billion of funding was agreed for 2017 to 2020 (see Observer Winter 2017).

In a summary of the second replenishment deputies meeting in Addis Ababa in June, donors and borrowers stated that, although $86 billion was needed for IDA19 to maintain the level of per capita support achieved in IDA18, several donors felt this target was “unrealistic”. Instead, a “base” target of $80 billion was touted as “appropriate” by some, with others raising concerns over low levels of non-concessional financing in this scenario.

Civil society in IDA countries, in particular, should be sought out and included in the replenishment processJolie Schwarz, Bank Information Center US

However, many civil society organisations (CSO) were unconvinced by the proposed policy commitments. For instance, Jolie Schwarz, of US-based CSO Bank Information Center expressed disappointment “with the lack of ambition in the policy commitments presented in Addis”, adding and “[we] hope that the draft IDA agreement discussed at the next meeting…in October reflects the feedback the Bank has received from civil society, and that it sets more ambitious targets in these priority areas.”

Responding to commitments in the JET ‘Special Theme’, Leo Baunach of the International Trade Union Confederation suggested that IDA19 should track the contribution of lending to quality jobs and shared prosperity to ensure “coherence with international labour standards.”

In a letter to the UK’s Department for International Development, UK-based CSOs working on climate and environmental issues called for more robust policy commitments to “assist IDA countries to pursue development pathways that are both low carbon, pro-poor and responsive to a rapidly changing climate,” including an increased focus on energy access via off-grid and mini-grid investments in IDA countries where electricity access rates are low.

Meanwhile, the proposed IDA19 policy package around the gender special theme focused on implementing the World Bank’s 2016-2023 Gender Strategy, an approach that has been much-criticised by feminist academics and women’s rights organisations (see Observer Autumn 2018,  Spring 2016).

Donors at the Addis Ababa meeting emphasised the role of IDA financing to “facilitate leveraging of resources from others, including the private sector,” through the Private Sector Window (PSW), which uses IDA resources to finance International Finance Corporation (IFC), the Bank’s private sector arm, and Multilateral Investment Guarantee Agency, the Bank’s guarantee arm, in IDA countries. This renewed commitment comes after US Rep. Maxine Waters, chair of the House Financial Services Committee, stated in April that, “The PSW is likely to prioritize financial returns over positive development impacts, which will be difficult to monitor” (see Observer Summer 2019, Summer 2017).

The IDA19 replenishment process has also been heavily criticised for not including a formal consultation in the review of its policy framework, leaving CSOs to rely on providing ad hoc input.

“There is definitely scope for the Bank and its donors to make the IDA replenishment process more transparent and participatory,” Daar reflected. She added, “While…the IDA Forum is a good step forward, IDA documents are not released in a timely way, and civil society has always been shut out of the formal IDA Deputy meetings.”

Schwarz emphasised that, “Civil society in IDA countries, in particular, should be sought out and included in the replenishment process – both to provide feedback on the progress made as a result of policy commitments and targets set during past replenishment negotiations, as well as to guide IDA’s agenda for the future.”

IDA 17: Back to big infrastructure, flirting with climate finance