After Lagarde, IMF must learn from its mistakes 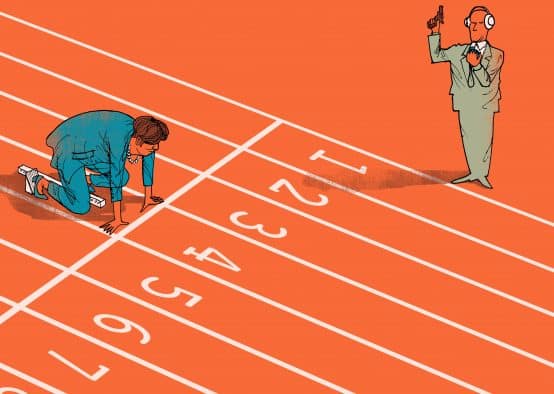 Since their creation in 1944, dominant global powers at the World Bank and IMF, also known as the Bretton Woods Institutions (BWIs), have established a ‘gentleman’s agreement’, which stipulates that a European citizen leads the IMF and a US-citizen heads the World Bank (see Inside the Institutions, What is the gentleman’s agreement?). After Christine Lagarde submitted her resignation as IMF Managing Director on 16 July (see Observer Summer 2019), that ‘agreement’ was upheld yet again with Bulgarian national Kristalina Georgieva, the World Bank chief executive, assuming the position of managing director on 1 October after ‘running’ unopposed.  This is despite over 100 civil society organisations (CSOs) submitting an open letter to the executive directors and governors at the Fund, calling for a fair, open and democratic selection process. The Fund and Bank continue to undermine their legitimacy by adhering to this arrangement. While the world’s economic balance of power has shifted dramatically since the inception of the BWIs, their internal voting mechanisms and power structures nevertheless remain largely intact (see Observer Spring 2019).

The struggle for Western dominance

In 1990, when the Berlin Wall fell and the Soviet Union imploded, the economic weight of Western Europe was roughly similar to that of Asian countries, as well as the block comprised of the United States (US), Canada, Australia and New Zealand. The US, Australia and Canada had a joint output of $6.6 billion, while Asia, including China, added $6.3 billion, and Western Europe $6.0 billion to the world economy. At the start of the 21st century, however, economic power changed swiftly from West to East and the economies of Australia, Canada, New Zealand and the US were 40 per cent smaller than Asian countries in terms of total GDP by 2015. The world had changed for good. Considering that the G7 states today contribute to less than 50 per cent of global GDP and current quota shares of non-G7 states comprise over 50 per cent of the Fund’s quota-based resources, it is clear that under the current system, a minority of countries with a minority of economic weight choose what is best for the majority, making the institution a parody of itself and a neocolonial policy weapon. What remains is the struggle for leadership between the West and the East, as aptly illustrated by the recent so-called trade war between China and the United States.

In spite of these developments, imbalanced IMF vote shares remain intact, the veto power of the United States is still in place, and the influence of the US Congress on IMF policies remains a cornerstone. The choice of leadership candidate is made by European countries with support of other G7 countries and ignores the rest of the world. In 2009, after the London Summit of the G20, the IMF agreed to “adopt an open, merit-based and transparent process for the selection of IMF management.” Clearly, they did not mean it, nor did the Northern governments, as is evident from the IMF’s leadership selection process.

Is the clearly flawed process maintained as an economic foreign policy tool and ... an instrument of international economic domination?

Is it impossible to adopt an open, merit-based and transparent process for the selection of IMF management, even if the voting rights are skewed in favour of the few and rich? Must Europe be over-represented? Must the selection process remain undemocratic, opaque and illegitimate in the name of supposedly pro-democracy, ‘non-interventionist’ economic policies? Or is the clearly flawed process maintained as an economic foreign policy tool by the Global North and, as such, an instrument of international economic domination?

One way in which the IMF could try to claw back legitimacy is by radically redistributing the vote shares of member states. Regrettably – adding weight behind demands to reform the governance structures and challenge US dominance – a recent US Treasury proposal quashed the scheduled 15th Review of Quotas (see Observer Summer 2019). The IMF could have a leadership selection process to redeem itself somewhat by encouraging all member states to put forth candidates or by opening the process to self or non-state nominations. The ‘argument’ that other candidates might challenge the Fund’s free market economics underlines the ideologically-driven nature of the current system.

G7 countries are struggling to grow as other Southern countries are growing at a fast pace. Meanwhile, others face mounting debt problems yet again as a result of declining commodity prices (see Dispatch Spring 2019) and concerns about an impending global recession. The current dominant powers have no moral ground to lead the IMF if it is to fufill its original, intended purpose: Keep a stable world economy and prevent a crisis like that of the1930s. It did not do so in 2008 and it is not doing so now.

After Lagarde, IMF must learn from its mistakes