Doubling down on a failed approach: Argentina’s IMF programme, one year later

Massive mobilization against the socio-economic crisis in Argentina

The IMF in Argentina: Can an old dog learn new tricks? 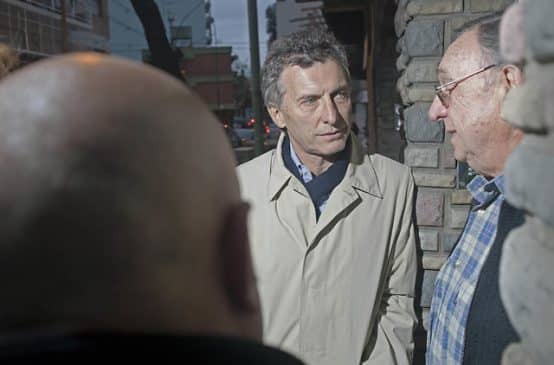 In August, Standard and Poor’s Global Ratings and Fitch Ratings issued a “selective default” rating to Argentina, after the government began restructuring $101 billion of its debts, including plans to delay repayment of $44 billion of IMF loans.As noted by UK-based civil society organisation Jubilee Debt Campaign UK (JDC), Argentina’s borrowing was triggered by vulture fund debts and a subsequent flood of foreign lending.

After having agreed a $50 billion loan in June 2018 following lender speculation that they would not be repaid, the IMF increased this to $57 billion three months later, making this its largest ever IMF loan (see Observer Winter 2018). The programme’s design and scale has come under scrutiny (see Observer Summer 2018), and questions are being raised about why Argentina has been locked in a cyclical debt trap with the IMF.

Since the IMF programme began, turbulence has increased as a currency crisis unfolded, bond yields spiked, inflation remained elevated, protests erupted and poverty levels soared to more than 30 per cent of the population.

According to its own rules, the Fund may only lend if debt is assessed to be sustainable in the medium term. Should this not be the case, it should support debt restructuring or concessional lending. However, as noted by JDC, the IMF does not define what sustainable debt is for upper-middle and high-income countries like Argentina, and its debt indicators for Argentina were well above limits the IMF sets for sustainability for low- and lower-middle income countries. The IMF’s own programme review in October 2018 assessed Argentina’s debt as sustainable, “but not with a high probability”, reigniting demand for the creation of an independent debt workout mechanism (see Observer Summer 2018).

In a surprising turn, President Macri restored capital controls on 1 September, after the Argentine peso dropped by more than 30 per cent against the US dollar in August.

The IMF Articles of Agreement state, “the Fund may request a member to exercise controls” to prevent its general resources being used to meet a large or sustained outflow. Moreover, the Fund’s 2012 ‘institutional view’ on capital controls, which was presented as a shift from its historically rigid position, stated that “there is no presumption that full liberalisation is an appropriate goal for all countries at all times”, thus begging questions as to why this was not considered as a pre-emptive option for Argentina (see Observer Spring 2016). Civil society has argued that the ‘institutional view’ fails to mitigate the wider bias towards capital liberalisation (see Update 83), and that the IMF’s reaction to Argentina’s decision remains to be seen.

Opposition presidential candidate Alberto Fernández, who is on track to beat Macri in the October election, issued a statement blaming the IMF programme for driving capital flight, noting that since the IMF disbursed $44.5 billion, some $36.6 billion has left through capital flight by both local and foreign investors. Claudio Loser, who worked for the IMF during the 2001 debt crisis, told the Financial Times in May that a failed programme would lead to a “loss of credibility” for the Fund.

Doubling down on a failed approach: Argentina’s IMF programme, one year later

Massive mobilization against the socio-economic crisis in Argentina

The IMF in Argentina: Can an old dog learn new tricks?