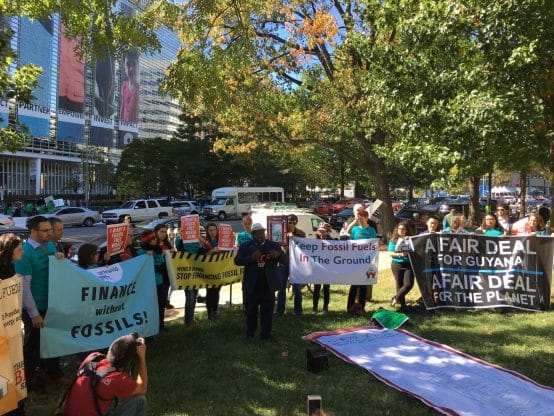 In November, the European Investment Bank (EIB) board of directors approved a revamped energy policy that will see it cease finance for unabated coal, oil and gas from 2021.

The policy provides a new benchmark, as the EIB, the World Bank Group (WBG) and other multilateral development banks (MDBs) work to define their joint approach to aligning with the Paris Climate Agreement.

The approval of EIB’s energy policy followed a compromise, which saw its start date pushed back a year from 2020, after initial opposition from the European Commission, Germany and select Eastern European EU member states to a draft policy proposed by EIB management in August (see Observer Autumn 2019).

Despite this, the EIB’s policy sets a new standard among MDBs in terms of their alignment with the Paris Agreement: Under the policy, the EIB will seek to unlock €1 trillion of “climate action and sustainable investment” by 2030 and will “align all financing activities with the goals of the Paris Agreement for the end of 2020.” It will also end the vast majority of EIB’s finance for fossil fuels.

The EIB, the World Bank, and seven other MDBs announced in December 2018 that they would work to develop a joint MDBs’ approach to Paris Agreement alignment (see Observer Spring 2019), with MDBs providing a progress update on this process at COP25 in Madrid this December, and continuing to work on the process through COP26 in Glasgow in December 2020.

The approval of the EIB’s new energy policy follows a letter signed by over 110 CSOs in October calling for the World Bank to, “Phase out lending for all fossil fuels after 2020, including lending for ‘associated facilities’ for fossil fuel projects,” and a civil society protest outside October’s World Bank Annual Meetings, calling for a ‘Fossil Free WBG’ (see Dispatch Annuals 2019).

As noted by coverage in UK newspaper the Guardian, estimates compiled by European CSO network Bankwatch suggest, “the EIB handed out €6.2m every day to fossil fuel companies between 2013 and 2018.” This includes $2.8 billion in support for the controversial Southern Gas Corridor, according to Bankwatch, a project designed to bring natural gas from Azerbaijan to European markets, which has also been supported by the World Bank and other MDBs (see Observer Summer 2018).

Under EIB’s new policy, energy projects applying for EIB funding will have to show they can produce one kilowatt hour (kw/hr) of energy while emitting less than 250 grammes of carbon dioxide, according to online media outlet Euractiv, replacing the previous threshold of 550g kw/hr. This will exclude unabated fossil fuels but means the EIB could potentially still invest in so-called “low-carbon gases such as biogas and hydrogen,” according to Euractiv. Additionally, the Guardian noted, “The EIB will continue to support any project added to the EU’s ‘projects of common interest’ list before 2022. At present, more than 50 gas projects could be eligible.”

Alex Doukas, from US-based CSO Oil Change International responded to the EIB’s new policy by stating, “Gas lobbyists were able to convince many parties — most significantly Germany and the European Commission — to override public support for a fossil free EIB, and write significant concessions into this policy. However, with people-powered movements for climate action stronger than ever, the gas industry will face an uphill battle in using these EIB loopholes to get new projects funded by 2021.”