The accomplices to austerity are also responsible for human rights violations

We can work it out: 10 civil society principles for sovereign debt resolution

The elusive quest for ‘fiscal space’ 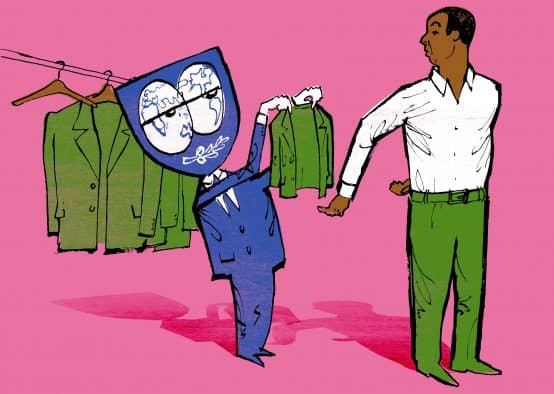 In October, a report by Matthew Cummins and Isabel Ortiz, entitled Austerity: The New Normal; A Renewed Washington Consensus 2010-24, established that most governments are on track to reduce public spending, as a percentage of GDP and nominally adjusted by inflation, at least until 2024. The report concluded that the world is moving from “a decade of adjustment”, as the last report in this series documented in 2015, to an institutionalisation of austerity as “the new norm.”

The report detailed that an initial phase of fiscal stimulus in response to the 2008 financial crisis was followed by a distinct second phase starting in 2010, in which governments started to reduce spending. This fiscal contraction phase is projected to continue at least until 2024 and is “characterised by shocks [in total spending] in which adjustment deepens, the first occurring in 2010-11, the second taking hold during 2016-17, and a third expected to initiate in 2020.” According to the report, this “forthcoming adjustment shock is expected to impact 130 countries in 2021 in terms of GDP,” adding that “the developing world will be the most severely affected,” and that “projections indicate that austerity will affect approximately 5.8 billion persons by 2021 – about 75 per cent of the global population.”

The projected austerity measures include pension and social security reforms; cutting or capping the public sector wage bill; labour flexibilisation reforms; reducing or eliminating subsidies; increasing regressive consumption taxes; strengthening public-private partnerships (PPPs); and privatising public assets, all of which exacerbate inequalities. Arguing that, “public expenditure adjustment is being used as a trojan horse to introduce Washington Consensus policies to cut back on public policies and the welfare state,” the report concluded that this does not need to be the case and that there are alternatives, even in the poorest countries.

Projections indicate that austerity will affect approximately 5.8 billion persons by 2021 – about 75 per cent of the global population.Isabel Ortiz and Matthew Cummins

For example, on managing debt, the handbook prescribed that, in the absence of a sovereign debt workout mechanism, countries should seek to restructure existing high levels of debt. This could take place through various means, such as re-negotiation, and including debt repudiation or default, “especially when the legitimacy of the debt is questionable and/or the opportunity cost in terms of worsening social outcomes is high.” In relation to assessing optimal debt levels, the authors questioned the IMF’s 40 per cent long-term debt-to-GDP ratio as the ceiling for developing countries and emerging economies. It called instead for a focus on the quality of the spending being financed with debt, echoing the 10 civil society principles for sovereign debt resolution published in September by Belgium-based civil society organisation Eurodad.

In relation to tapping into fiscal and foreign exchange reserves, the IMF’s continued reluctance towards governments using capital controls, despite its recent more accepting ‘institutional view’ on the matter (see Observer Autumn 2019), contrasted with other UN organisations favouring them “as integral to the macroeconomic policy toolkit.” The World Bank’s Country Policy and Institutional Assessments were also criticised for reinforcing contractionary policies, while being so influential as to cause harmful herd-like behaviour amongst other donors as part of the discussion on increasing aid and transfers (see Inside the Institutions, Country Policy and Institutional Assessments).

More broadly, in arguing for a more accommodating macroeconomic framework, the handbook set-out that fiscal and monetary policies were consistently used counter-cyclically until the late 1960s, making social protection measures fiscally sustainable. This has changed markedly however since the early 1980s, “when the agenda of privatisation, liberalisation and globalisation reforms…was advanced by the IMF and World Bank,” shrinking policy and fiscal space via the establishment of a new macroeconomic orthodoxy (see Inside the Institutions, Common Criticisms of the Bank and Fund). While the Bank and Fund have tacitly begun to acknowledge the limitations of the approach of their structural adjustment programmes of the 1980s and 90s, the bulk of their macroeconomic policy advice continues to ignore this lesson, with “23 out of 26 [IMF loan] programmes continuing to be conditional on fiscal consolidation,” as reported by Eurodad (see Observer Summer 2019).

Bank- and IMF-backed austerity continues to cause misery

The IMF’s November working paper, Doing more with less: How can Brazil foster development while pursuing fiscal consolidation?, is the latest example of the IMF seemingly taking the opposite approach to the guidance laid-out in the handbook. It argues that Brazil has “room for public savings of about 3 per cent of GDP per year in the health and education sectors,” which, it estimated, is what would be “required…to reach satisfactory progress in the Sustainable Development Goals [SDGs]… given Brazil’s current fiscal consolidation needs.” As pointed out on online news platform openDemocracy in April, data indicates that three years of deepening austerity policies in Brazil have already led to a further lowering of GDP and an increase in public debt, while exacerbating social inequalities to detrimental effects, undermining Brazil’s ability to achieve its SDG targets. Criticism that the IMF’s 2018 social spending framework continues to be “out of step with international standards” (see Observer Summer 2019), even after prolonged evidence-based advocacy to the contrary (see Observer Summer 2018, Winter 2017-18), further reinforces the notion that the view at the IMF is, in its staff’s own words, “in terms of austerity…you cannot defy gravity” (see Dispatch Annuals 2017).

A September white paper by the World Bank on rethinking social protection systems, meanwhile, was premised on the idea that governments can only finance a minimum safety net of last resort if, “they scale back widescale public social insurance schemes, lower the size of social insurance contributions and put greater emphasis on privately-managed mandatory and voluntary individuals savings and insurance schemes,” according to an October blog, published by UK-based consultancy organisation Development Pathways. In doing so, it argued, the World Bank proposed “a rollback of existing rights and protections for workers, both in terms of social security and labour market protections.”

Meanwhile, civil society around the world continues to push back and count the human costs these policies entail, especially for those most vulnerable to human rights abuses. Recent examples include the reported reduced specialised services to combat violence against women as part of Brazil’s IMF-backed austerity measures; the rising death rate in Greece following the IMF-imposed austerity measures; the severely diminished living standards in Ukraine as part of Bank and Fund programmes; and IMF-sponsored austerity undermining the provision of essential, gender-responsive public services in Ghana (see Observer Autumn 2018, Spring 2018, Summer 2017; Briefing, The IMF, Gender and Expenditure Policy).

BWIs move further away from the UN consensus

While the handbook made clear that the eight alternative financing options are endorsed by various individual policy statements and research papers of international finance institutions, it simultaneously underscored the continued disparities between the bread-and-butter policies of the IMF and World Bank and that of many other UN agencies. As the handbook pointed out, it is merely the latest iteration of a long line of UN and civil society research that supports expansionary macroeconomic policies and argues “against mainstream macroeconomic policy advice, as advised by the IMF [and others].”

This includes the 2019 Trade and Development Report by the UN Conference on Trade and Development, which argued that, in an effort to establish a Global Green New Deal, a serious discussion of public financing options is first required for governments to reclaim policy space and collectively act to boost demand, to enable the massive new wave of investments required to tackle climate change. Poignantly, the report frames this as an effort aligned with the original spirit of the Bretton Woods conference of 1944, to restore the faith in multilateralism lost by the scars of austerity, stagnant real wages, sluggish productivity growth, rising debt levels and unprecedented levels of inequality (see BWP Briefing Bretton Woods at 75: A series of critical essays).

The accomplices to austerity are also responsible for human rights violations

We can work it out: 10 civil society principles for sovereign debt resolution

The elusive quest for ‘fiscal space’