Cutting to the core: Rethinking the IMF’s way of doing business to tackle gender inequalities

The IMF and gender equality: A critical analysis 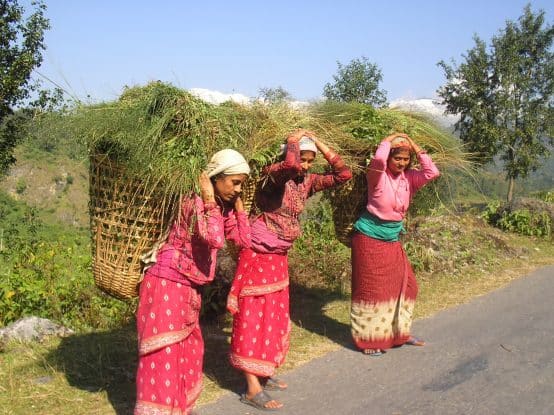 In October, the IMF published its first working paper dedicated to unpaid care and domestic work (UCDW). Globally, women perform 76.2 per cent of the total hours of unpaid care work. While recognition of UCDW by the IMF is welcome and can be seen as a response to decades of wider advocacy by feminist activists, the working paper is merely aimed at eliciting debate and does not constitute or officially inform IMF policy.

Disappointingly, the authors have chosen not to adopt the internationally agreed UN language of “unpaid care and domestic work”, instead referring more broadly to “unpaid work”. Unpaid work can also mean unpaid work carried out by individuals in family businesses, including farms, a reality for many women. However, the definition of unpaid work the IMF gives in the paper largely corresponds with what is commonly understood as UCDW.

The paper clearly asserts that, “Reducing and redistributing unpaid work is a macro-critical issue,” meaning, in the IMF’s terminology, that unpaid care is essential to economic stability and growth. By implication, as the paper is framed under “stronger policies to support gender equality”, it could be understood to argue that gender inequality is also a macro-critical issue, given that an overarching impediment to achieving this is women’s unfair share of UCDW. This is possibly a slight advancement from the Fund’s 2018 paper on How to Operationalize Gender Issues in Country Programme Work, which noted, “the macro-criticality of gender issues in a broad set of circumstances,” but stopped short of affirming it is always the case, in every country. It instead recommended that, “Staff should point to macroeconomic significance where it exists.” ActionAid and other social justice organisations have been calling for the IMF to take a systematic approach to how it considers and addresses gender in its work, not least by recognising and addressing the impacts of its policies on the rights of women and girls in the Global South – regardless of whether gender is deemed macro-critical by any particular government or not.

As one would expect from the IMF, the argument for addressing women’s unequal share of unpaid care work is made from an entirely instrumentalist perspective, meaning it is justified in order to increase women’s labour force participation and thus to contribute to economic growth, rather than as an intrinsic human rights imperative. Astonishingly, the paper also seems to instrumentalise having children, asserting that, “no one can dispute the importance of raising and rearing a child for future economic growth.”

On public services, the authors recognise that appropriate public services and infrastructure play an important role in redressing women’s UCDW, recommending that governments invest in these areas. However, health and education are only considered as important in relation to building women’s ‘human capital’ (see Observer Autumn 2018), rather than recognising women’s agency in caring for the sick and for children who are not in school. Provision of child and elderly care is also recommended, although it is unclear whether the paper is calling for childcare to be provided universally by the state, which would enable the countless women and men working in the informal sector to access such services.

By far the biggest problem with the paper is that it provides zero acknowledgement of how IMF policy recommendations and loan conditionalities themselves compel countries to implement austerity measures and cut and privatise the very same public services, thereby shifting the care burden back onto women (see BWP Briefing, The IMF, Gender Equality and Expenditure Policy). For example, in Ghana, following a loan agreement with the IMF which required drastic cuts to the public sector wage bill, the number of doctors halved and the number of nurses and midwifes fell by 26 per cent between 2004 and 2007. ActionAid’s analysis found that, under Ghana’s most recent IMF loan programme, public investment levels were expected to be cut again, from 5.4 per cent of GDP in 2014 to around 2.8 per cent of GDP by 2018. Nor is there any recognition of the possible need for alternative policy mixes to be considered to avoid harmful gendered impacts, as per the guidance on operationalising gender in IMF country-level work (see BWP Briefing, The IMF and Gender Equality: Operationalising Change).

On labour market policies, while there is an implicit nod to aspects of the ILO’s Decent Work agenda, such as its social protection pillar, it is again unclear whether the IMF is advocating that such social protection be provided universally by the state, as advocated for by many women’s rights groups and wider civil society organisations, including ActionAid. Nor does it mention the importance of living wages or collective bargaining rights as being critical to securing decent pay and conditions. There is no mention of the informal sector and of the particular measures women need to balance their unpaid care work and paid work that is decent (see BWP Briefing, The IMF, Gender Equality and Labour).

While the paper acknowledges that tax policies can have gendered impacts in relation to tax filing systems, it makes no mention of financing public services and infrastructure through progressive taxation. It also neglects clamping down on corporate tax avoidance and illicit financial flows, as ways to finance gender equality measures, as ActionAid has recently argued alongside many other feminist advocates.

Unpaid care and domestic work are vital to the social reproduction of the human race. That the IMF has produced a paper on this is a notable step in advancing the feminist struggle for UCDW to be recognised and valued by policymakers and wider society. However, any positive impact it may hope to have will be severely compromised until it recognises and addresses how the majority of its policy prescriptions often directly undermine women’s rights, including by exacerbating their UCDW burden.

Cutting to the core: Rethinking the IMF’s way of doing business to tackle gender inequalities

The IMF and gender equality: A critical analysis