Addressing the legacy of big dams

Large hydropower: renewable or not? 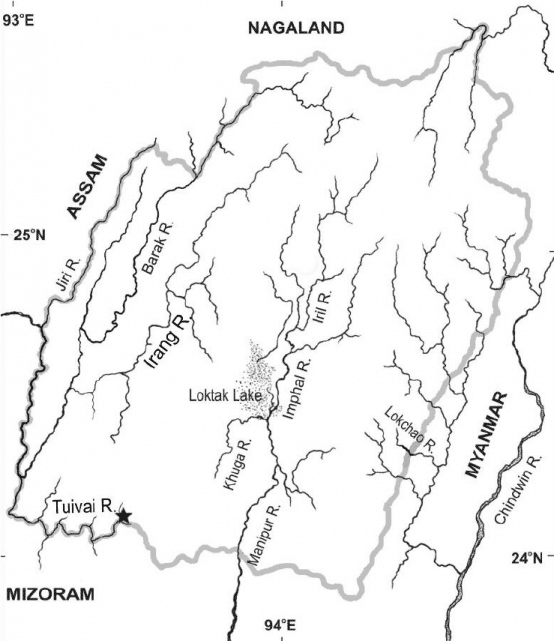 Map of India's Manipur region, with river systems in detail. 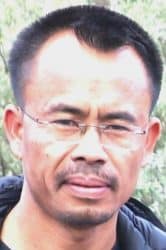 by Jiten Yumnam, Centre for Research and Advocacy, Manipur, India

Manipur, a region in India’s North East (NE), announced plans in 2012 to generate more than 2,000 MW of power under its hydropower policy, prompting concerns among indigenous communities. Previous large hydropower projects in the region, including the 105 MW Loktak hydroelectric project, the Mapithel dam and the Khuga dam, came with adverse impacts for local populations.

As part of its policy, in August the Government of Manipur identified 32 potential hydropower development sites on rivers in Manipur, which is flanked by the Eastern Himalayas and the Indo-Burma biodiversity hot spot. Hydropower projects are classified as ‘renewable energy’ by the Government of India – a measure designed to help achieve India’s goal of 40 per cent of total power generation from non-fossil fuel sources by 2030, as part of its Nationally Determined Contribution to the Paris Agreement (NDC).

However, hydropower is no longer the least-cost energy option in India, as the unit price from hydroelectric projects stood at around 4 India Rupees (Rs.) in June 2019, while the solar tariffs decreased in India from Rs. 18 per unit in 2010 to Rs. 2.44 in May 2019. Despite this, national authorities and international finance institutions (IFIs) are pushing ahead with Manipur’s hydropower boom and risking local communities’ livelihoods.

IFIs are increasingly financing dam projects and related infrastructure in Manipur. For instance, the Asian Development Bank (ADB) supported the North East Power Development Project, which complemented the Government of India’s Power for All initiative through power sector reform. Additionally, the International Financial Corporation (IFC), the World Bank’s private sector investment arm, has provided finance to a number of Indian financial intermediaries (FIs), which have in turn provided $3.19 billion to the National Hydroelectric Power Corporation Limited (NHPC), the largest public dam-building company in India. Between 2005 and 2014, IFC invested $520 million in Indian infrastructure bank IDFC, as well as other banks, including ICICI, HDFC, Axis Bank, according to a 2016 report by US-based civil society organisation Inclusive Development International. The NHPC was involved in building the 105 MW Loktak hydroelectric project, commissioned in 1983, and more recently signed an agreement with the Government of Manipur to build the 1,500 MW Tipaimukh Hydroelectric Project in April 2010. It is preparing to build the 66 MW Loktak Downstream Hydroelectric Project over the Leimatak River in Manipur, in addition to other proposed projects.

The Singapore-based Asian Genco Private Limited company invested $1.4 billion in the 1,200 MW Teesta-III project in Sikkim near Manipur; the IFC also held investments in private equity funds that financed Teesta III dam, which had adverse impacts on the rights of the indigenous Lepcha People in Sikkim. However, it is difficult to trace financing involving the IFC in hydropower projects, as sub-projects supported by its investments in FIs are not typically disclosed, depriving impacted communities of access to IFC’s Compliance Advisor Ombudsman, its independent accountability mechanism (see Observer Winter 2018).

Additionally, in June 2016, the World Bank approved a $470m loan for high voltage transmission and distribution lines in Manipur and five other states in India’s NE. The World Bank-financed transmission lines criss-cross the Barak, Irang and other rivers of Manipur, and will be one of several key infrastructure projects, along with road construction financed by ADB, to facilitate the construction of over 200 dams across India’s NE over the Brahmaputra–Barak River system, including the 32 dams proposed in Manipur.

The NHPC’s 105 MW Loktak hydroelectric project caused displacement and loss of livelihoods of indigenous communities, submerging more than 50,000 acres of agricultural land in the Loktak wetlands. NHPC’s proposed 1,500 MW Tipaimukh dam has been opposed by local communities, as it will submerge 27,000 hectares of forest and agricultural land along the Barak River basin. In the case of the high voltage transmission and distribution lines in Manipur, the World Bank’s environmental assessment failed to consider the physical and health impacts for the local populations. The planned dams and related infrastructure projects will also destroy the floral and faunal diversity of Manipur.

The deployment of Indian security forces at several dam sites, under the 1958 Armed Forces Special Powers Act, has also led to human rights violations: Three villagers were killed by border security forces guarding the Khuga dam in December 2005, for instance, for demanding just rehabilitation and for resisting the dam (see Observer Summer 2019). Indigenous communities of Manipur called for decommissioning of 105 MW Loktak dam and a halt to construction of new dams in Manipur like the 1,500 MW Tipaimukh dam and the 190 MW Pabram dam. Villagers affected by Mapithel dam protested its planned commissioning in 2016.

IFIs like the World Bank should stop financing financial intermediaries that support NHPC, and providing other support for hydropower projects in NE India, which are not sustainable nor cost effective. An accountability standard to hold financial intermediaries, equity funds and financial institutions accountable needs to be established for Manipur’s potential hydroelectric projects. Protecting Indigenous Peoples’ rights, supporting their call for sustainable development, and ensuring their informed consent should be paramount in all energy projects in Manipur – including those supported by the World Bank.

Addressing the legacy of big dams

Large hydropower: renewable or not?