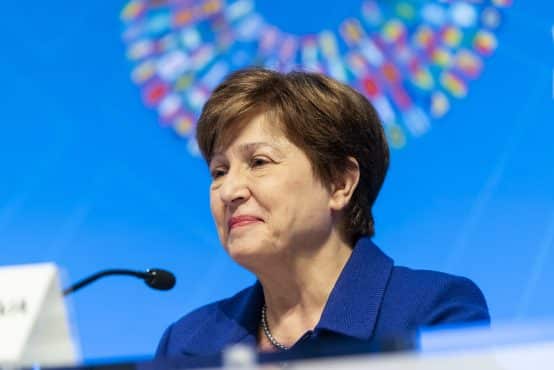 In an October interview with US-based media channel HBO, Kristalina Georgieva, the newly appointed IMF managing director, made comments that could signal a different approach from the Fund on tax.

When asked by the interviewer about the US president’s approach to decision-making, Georgieva replied, “To give credit to the leadership here, the United States is one of the better performing economies and it is because it had the bravery to use a tax reform to spur more growth.” When pressed directly as to whether she is in favour of President Trump’s 2017 tax reforms, which include a $1.5 trillion tax cut that slashes corporate tax rates, Georgieva responded, “I’m in favour of countries using their policy space to make the economy more vibrant and to make the lives of people better.”

The managing director’s inference that reforms have improved people’s lives sits at odds with the 2017 report by the UN Special Rapporteur on extreme poverty and human rights, which described the tax changes as “a bid to make the US the world champion of extreme inequality.” Doubts have also been cast as to whether the reforms made the economy more vibrant, as the Congressional Budget Office estimates that the total cost of the Tax Cuts and Jobs Act is $1.9 trillion.

Notably, Georgieva’s comments also run in contrast to those expressed by the previous managing director Christine Lagarde, who, at the 2018 World Economic Forum, identified Trump’s tax reforms as a hazard that “could destabilise the current economic recovery,” and “lead to serious risks” around financial vulnerability. In fact, the Fund’s 2017 Article IV on the US specifically noted that the tax reforms are “likely to generate a fall in the revenue-GDP ratio over the medium-term and that tax relief is likely to disproportionately benefit the wealthy.”

The IMF and corporation tax – Where does it stand?

In January, the IMF released a flagship policy paper on corporation tax, which emphasised the “damage from continued harmful tax competition, including the risk of a race to the bottom.” While civil society organisations (CSOs) generally welcomed this acknowledgment, the paper fell short of including broader civil society recommendations set out in their consultation responses. One example is the establishment of a UN intergovernmental tax body, which has been repeatedly rejected by the Organisation for Economic Co-operation and Development (OECD), a group of mostly rich nations, who, as Belgium-based CSO Eurodad noted, insist on keeping standard-setting for taxation reform under the auspices of the OECD and G20.

While the supposed programmatic focus on sustainable development and tax of the Platform for Collaboration on Tax – a partnership between the IMF, World Bank, OECD and UN aiming to intensify their tax work – has been cautiously welcomed by some, it has also been accused thus far of promoting the OECD’s agenda over the interests of developing countries (see Observer Winter 2017-18, Autumn 2016). Moreover, in October 2019, doubts were once again cast around the OECD’s willingness to meaningfully reform international tax rules, as an October analysis commissioned by the Independent Commission for the Reform of International Corporate Taxation demonstrated that its latest proposal for corporate tax reform will likely “further intensify global inequalities and fail to curb rampant tax abuse.”