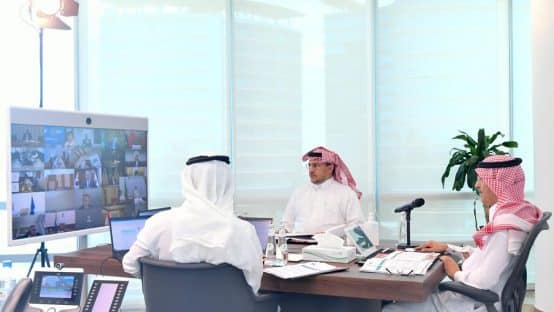 Faced with a once-in-a-century crisis, amidst the coronavirus (Covid-19) global pandemic and the severe economic shock it has triggered, the G20 finance ministers and central bank governors met virtually at the 2020 World Bank and IMF Spring Meetings on 15 April. The group produced a communiqué – and an associated G20 Action Plan – which delivered a short-term debt suspension on official bilateral debt repayments to G20 countries from low-income countries (LICs) – but offered little else of substance, with exchanges on other issues being overshadowed by the geopolitical machinations of the United States, in particular (see Dispatch Spring 2020).

Under Saudi Arabia’s presidency, the G20 agreed a debt suspension for low-income countries (i.e. members of the World Bank’s low-income branch, the International Development Association [IDA]) after China committed to aligning with the efforts of Paris Club members, which comprise key developed economy donors that have historically dominated international development finance. The communiqué noted: “We agreed on a coordinated approach with a common term sheet providing the key features for this debt service suspension initiative.” The communiqué also highlighted the need for multilateral and private creditors to undertake similar efforts, although it remains unclear whether this will occur, and if so, on what scale, with private creditor participation being voluntary.

To be eligible for debt suspension, IDA countries must not be in arrears to the World Bank or IMF, make a formal request for repayment suspension, and have received or requested support from the IMF via its emergency financing facilities (i.e. the Rapid Credit Facility and the Rapid Credit Instrument). The suspension period will start from 1 May and continue through the end of 2020. The suspension of debt payments will be ‘NPV-neutral’, meaning that the arrangement will have no ultimate impact on G20 creditors’ balance sheets.

As noted by UK civil society organisation Jubilee Debt Campaign (JDC) in a press release following the G20 announcement, “The suspension covers debt payments by 77 countries to G20 and other governments…estimated to be $12 billion. The payments will not be cancelled but come due to be paid between 2022 and 2024, along with interest accrued in the meantime.” Sarah-Jayne Clifton, JDC’s director, added, “The G20 deal keeps vital money in countries for now, but today’s suspension will soon become tomorrow’s debt crisis unless payments are cancelled in full. We urgently need a UN-led process to cancel external debt owed to all creditors, for all countries in crisis.”

As noted by Edwin M. Truman of the Peterson Institute for International Economics, the short-term debt freeze for IDA countries was the lone new detail in an another otherwise underwhelming G20 response: “the G20 avoided commitments of new resources for the international financial institutions, instead calling for a rearrangement of existing resources like the proverbial chairs on the Titanic.”

A particularly contentious point was the G20’s failure to agree a new issuance of the IMF’s reserve currency, Special Drawing Rights (SDRs), which advocates had argued was that most efficient and cost-effective way to combat a severe liquidity shock in some countries, following more than $100 billion in capital outflows from developing country economies since the crisis began (see Inside the Institutions, Special Drawing Rights). The communiqué was also silent on other highly pertinent issues, including capital controls and the need to revisit financial regulation regimes.

Despite the communiqué’s insistence that the G20 was committed, “to use all available policy tools to support the global economy, boost confidence, maintain financial stability and prevent deep and prolonged economic effects,” its lone mention of SDRs was in a footnote, which euphemistically noted that there had been “no consensus” reached on the issue. The US reportedly blocked a new SDR issuance, using its veto power within the IMF, despite high-profile public calls for a new SDR issuance in the lead-up to the meeting, including from 18 African and European leaders on 14 April. India reportedly joined the US in opposing a new SDR issuance. As argued by UK newspaper The Guardian, the reason for the stalemate on SDRs was fundamentally geopolitical: “Trump’s objection to the IMF’s SDR plan was that some of the reserves would find their way into the hands of regimes he didn’t like: those in Tehran and – more importantly – Beijing.” In other words, the same factors that led the US to quash the IMF’s 15th quota review in 2019, which would have involved China gaining a higher vote share on the IMF board, were effectively in play again (see Dispatch Springs 2020; Observer Winter 2019).

The US’s opposition to a SDR issuance leaves uncertainty about the extent to which the global response to the economic crisis triggered by Covid-19 is being coordinated at the multilateral level, beyond the G20 debt suspension, with a liquidity crunch in middle-income countries, in particular, remaining unresolved. As Truman noted, despite the US’s reluctance, “The SDR proposal will not go away.”

The G20 Action Plan also included a nod to the need to start devising a coordinated post-Covid-19 recovery strategy for the global economy. Importantly, the G20 noted, “We recognize that the key lever in minimizing the economic disruption is to bring the spread of COVID-19 under control, allowing confidence to return and full economic activity to resume.” To this end, the G20 tasked, “International Organisations to support members in developing standardized data, analysis and sharing information on effective measures to restart economies whilst protecting health objectives, avoiding duplication.” However, the spirit of this language was undermined mere days later, when the US blocked a separate mooted communiqué from G20 health ministers expressing support for a strengthened World Health Organization, according to The Guardian.

Moreover, the vague outlines of what a post-Covid-19 global economy will look like from a G20 perspective appear confused at best. The communiqué made references in turn to continued “structural reforms”, pursuing the recently agreed G20 “quality infrastructure” agenda as an engine of renewed growth (see Dispatch Annuals 2019), while also ensuring an “environmentally sustainable and inclusive recovery” that is consistent with the Sustainable Development Goals. Whether these aims are compatible remains to be seen (see Briefing, Low-carbon infrastructure, sustainable finance, and people-focused development).

The G24’s insistence in its own communique on 14 April that the Covid-19 crisis calls for, “an inclusive forum to examine the adequacy of the existing international financial and economic architecture and its ability to respond equitably and rapidly to global crises” (see Dispatch Spring 2020), as well as civil society calls for a “just recovery” and for the Covid-19 response to avoid undermining action on climate change, will clearly have to navigate the choppy waters of the G20’s current power dynamics if they are to define the World Bank and IMF’s response to the current crisis.