Communiqué of the Forty First Meeting of the IMFC

US Treasury misguided on IMF quotas 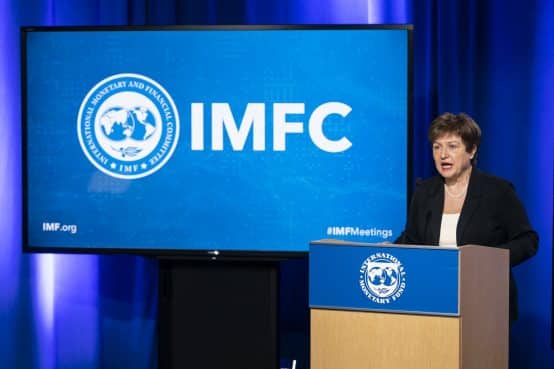 Below is an analysis of the communiqué of the forty first meeting of the International Monetary and Financial Committee (IMFC), which was issued on 16 April 2020 after a virtual meeting took place between the IMFC members. The IMFC is the direction-setting body of finance ministers for the IMF. The communiqué of the IMFC usually sets out the consensus position about the direction of the Fund and reform. The ministerial statements to the IMFC, often revealing of the true differences of opinion amongst the IMF’s membership, are also made available online. The next IMFC meeting will be held in on 17 October 2020.

What is most striking about the Spring 2020 IMFC communiqué is its brevity. While IMFC communiqués average about 1500 words and usually include consensus views on the current global economic outlook and direction on IMF operations, resources and governance, the 2020 communiqué was a slim 600 words, and included almost no new disclosures.

It could be assumed that the lack of content indicates a lack of consensus amongst IMFC members. More likely, it is reflective of the overshadowing of the direction-setting body of the IMF by the G20, which held its meeting the day before the IMFC. Pre-empting the IMFC, the G20 released a series of key policy announcements in response to the Covid-19 crisis in its own communiqué a day before the IMFC met (see Dispatch Spring 2020). With the G20 communiqué raining on the IMFC’s parade, there is little left to analyse.

The communiqué reconfirmed much of what has been published by the IMF in response to the Covid-19 pandemic, including that the global economy will contract sharply this year and that emerging economies and developing countries face sharp declines in export demand and commodity prices, large capital outflows, foreign exchange shortages, and increasing debt burdens.

Perhaps most notably, while the IMFC welcomed the various ‘fire-fighting’ efforts of the IMF to rapidly support member states with emergency financing and some debt service relief, the Committee also called on it to “explore additional tools that could serve its members’ needs as the crisis evolves, drawing on relevant experiences from previous crises.” While this could be interpreted as a nod to a potential allocation of Special Drawing Rights (SDRs) not being completely off the negotiating table, in the press conference following the IMFC meeting, IMF managing director, Kristalina Georgieva, confirmed no consensus had been reached on the issue. SDRs are the international reserve currency held by the IMF, which can be accessed in proportion to a country’s IMF quota and exchanged for major currencies. SDRs were expanded roughly ten-fold after the 2008 financial crisis, now considered to be much smaller than the anticipated global financial crisis triggered in the wake of the Covid-19 pandemic. It more likely references the proposal that existing SDR quotas could be redistributed from high-income to developing countries, which Georgieva noted was now under consideration at the press briefing.

Finally, the Committee’s reaffirmed commitment to continue the process of IMF governance reform under the 16th general review of quotas is noteworthy. In February, the IMF board of governors approved the resolution to conclude the 15th general review of quotas after a long-delayed process, with no increase, and therefore no redistribution of vote-shares in IMF quotas. The quota increase under the 15th review was ultimately blocked by the US administration, which proposed to double its contribution under the Fund’s New Arrangements to Borrow instead, effectively stopping China from gaining a higher vote share on the IMF board (see Observer Winter 2019). The communiqué detailed that the 16th review is slated to be completed by December 2023 and is to include a new quota formula “as a guide”.

Frustration over the lack of progress was noted by emerging economies in the G24 communiqué earlier in the week. Civil society has long put forth proposals for alternative IMF quota formulas, as well as for systems that go further in addressing the Fund’s legitimacy crisis (see Inside the Institutions, IMF and World Bank decision-making and governance). In response to the delayed 15th quota review in 2018, Fanwell Bokosi, formerly at the African forum and network on debt and development, commented, “Seventy three years after its establishment, the IMF quota system still reflects the colonial mentality that prevailed at its establishment. While the world has moved on, the IMF quota system has the most glaring over-representation of European economies, and in particular that of the euro-area economies with the US playing the same big boy role of the 1940s. How can one possibly justify this non-transparent and undemocratic system that ignores, actively excludes and weakens the voices of the majority of its clients in 2018?”

In the face of the international financial development architecture failing to respond to the Covid-19 crises in 2020, perhaps 2023 will be too late for the IMFC to get on board with the notion of including the voices of the majority of its members in its decision-making (see Dispatch Spring 2020).

Ministerial statements responding to the Spring 2020 IMFC communiqué can be found here.

Communiqué of the Forty First Meeting of the IMFC

US Treasury misguided on IMF quotas